Based on the web drama of the same name, “Clean with Passion for Now” is a romantic comedy between the germaphobic boss of a cleaning company and a part-time worker who has no time for hygiene in her struggle to make a living. 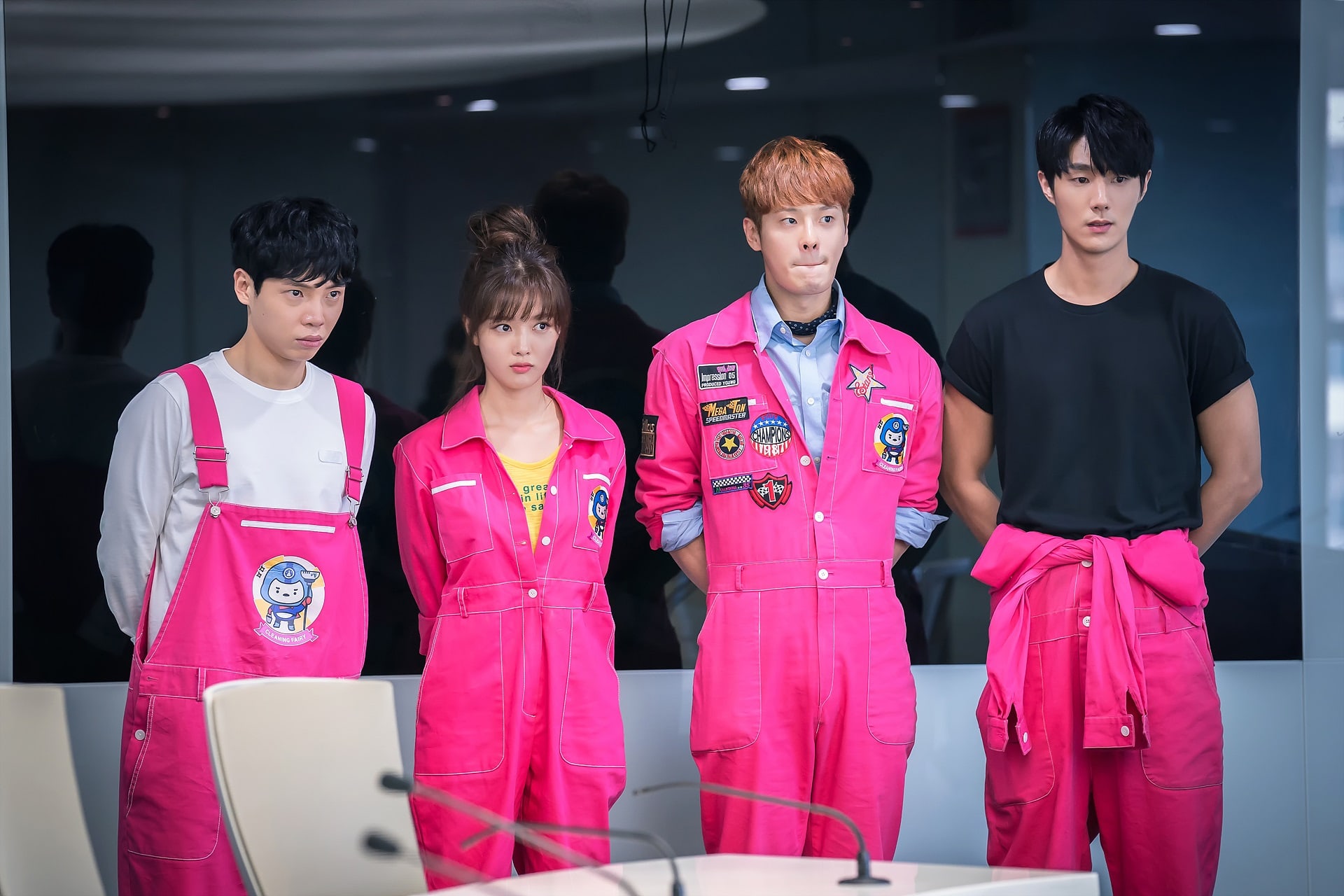 In the new stills, Kim Yoo Jung’s character has begun her new job as part of the cleaning crew (and looks cute in her bright pink uniform), along with Hak Jin and Cha In Ha. However, they look nervous at living up to the standards of their work. 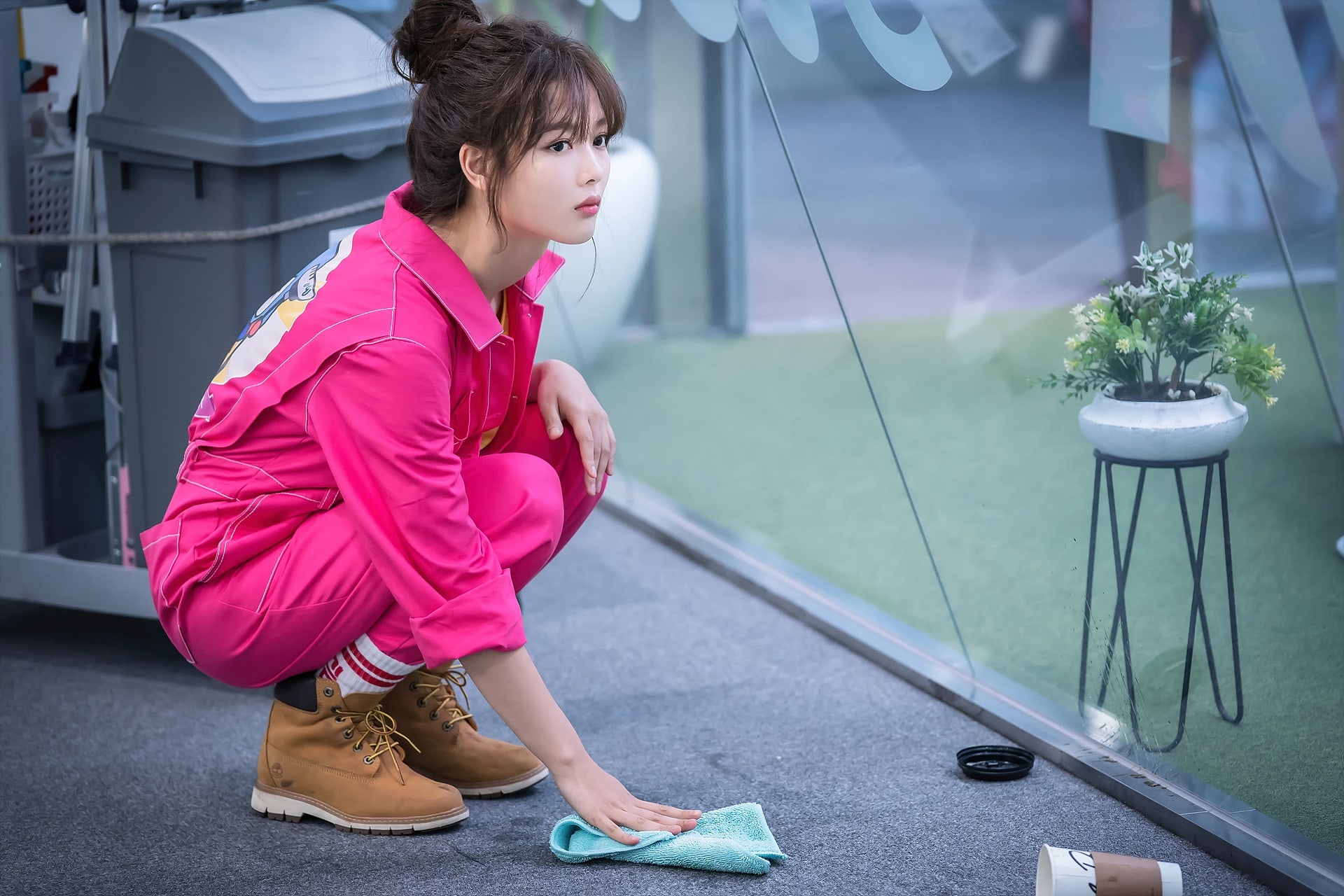 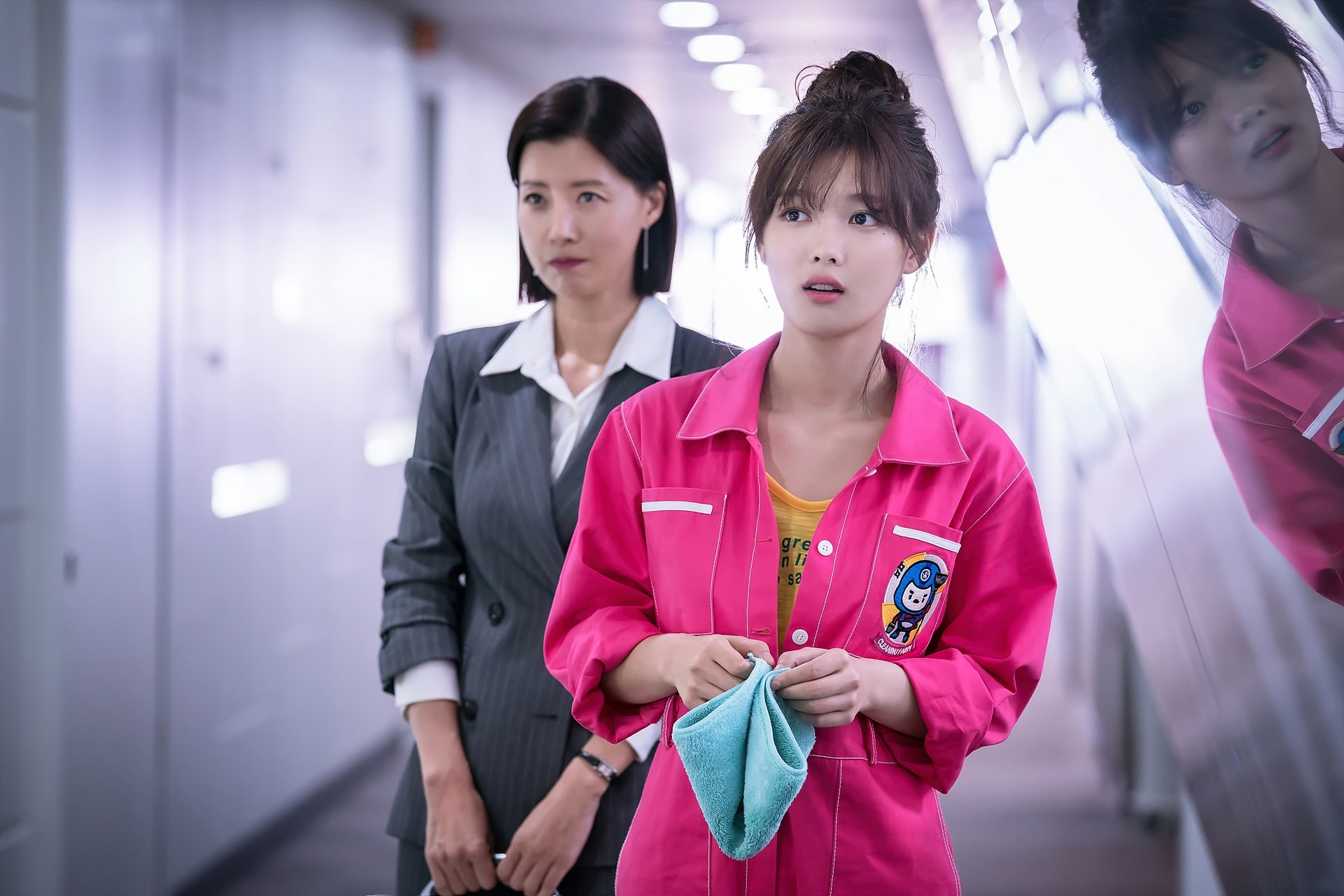 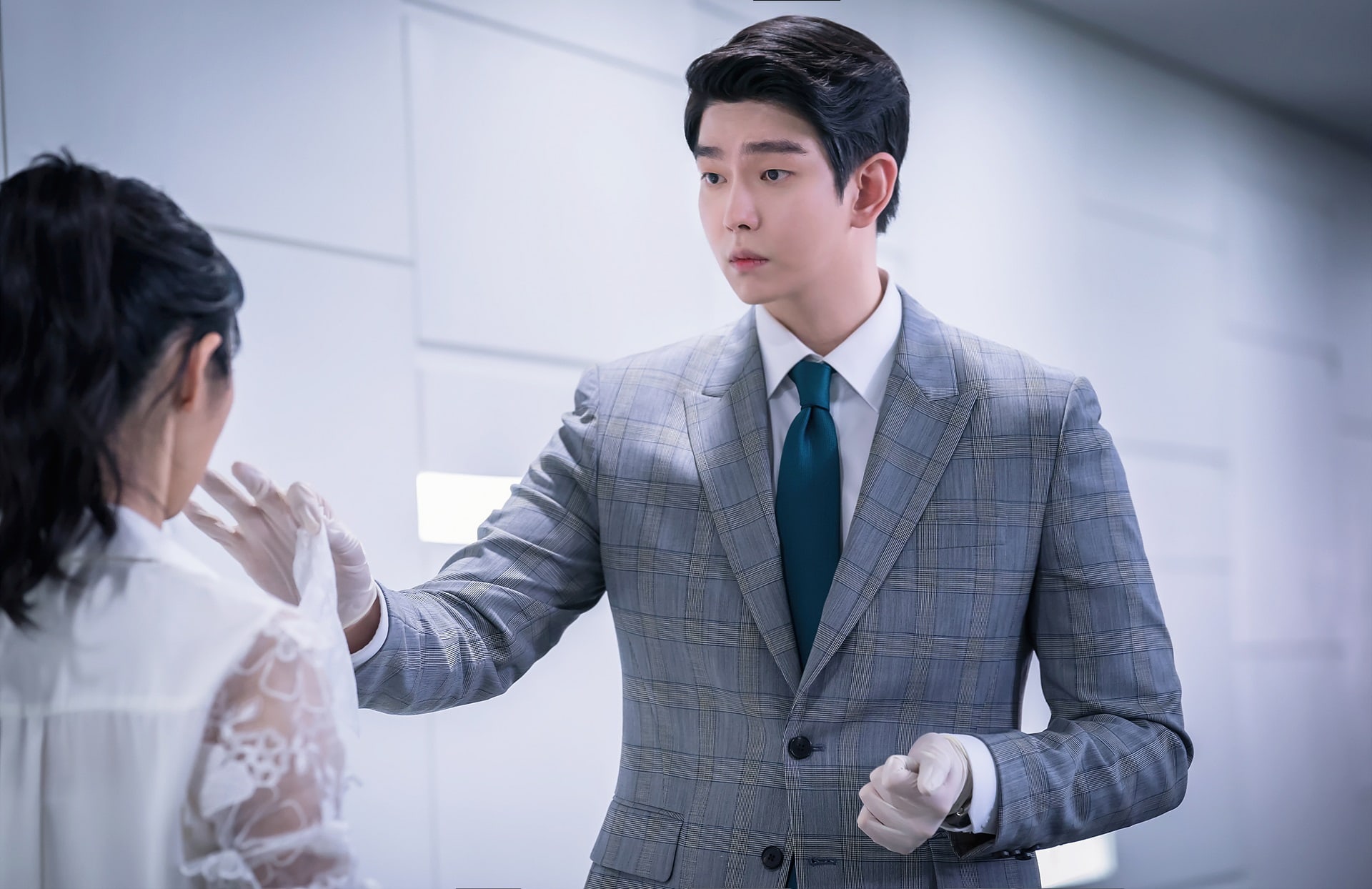 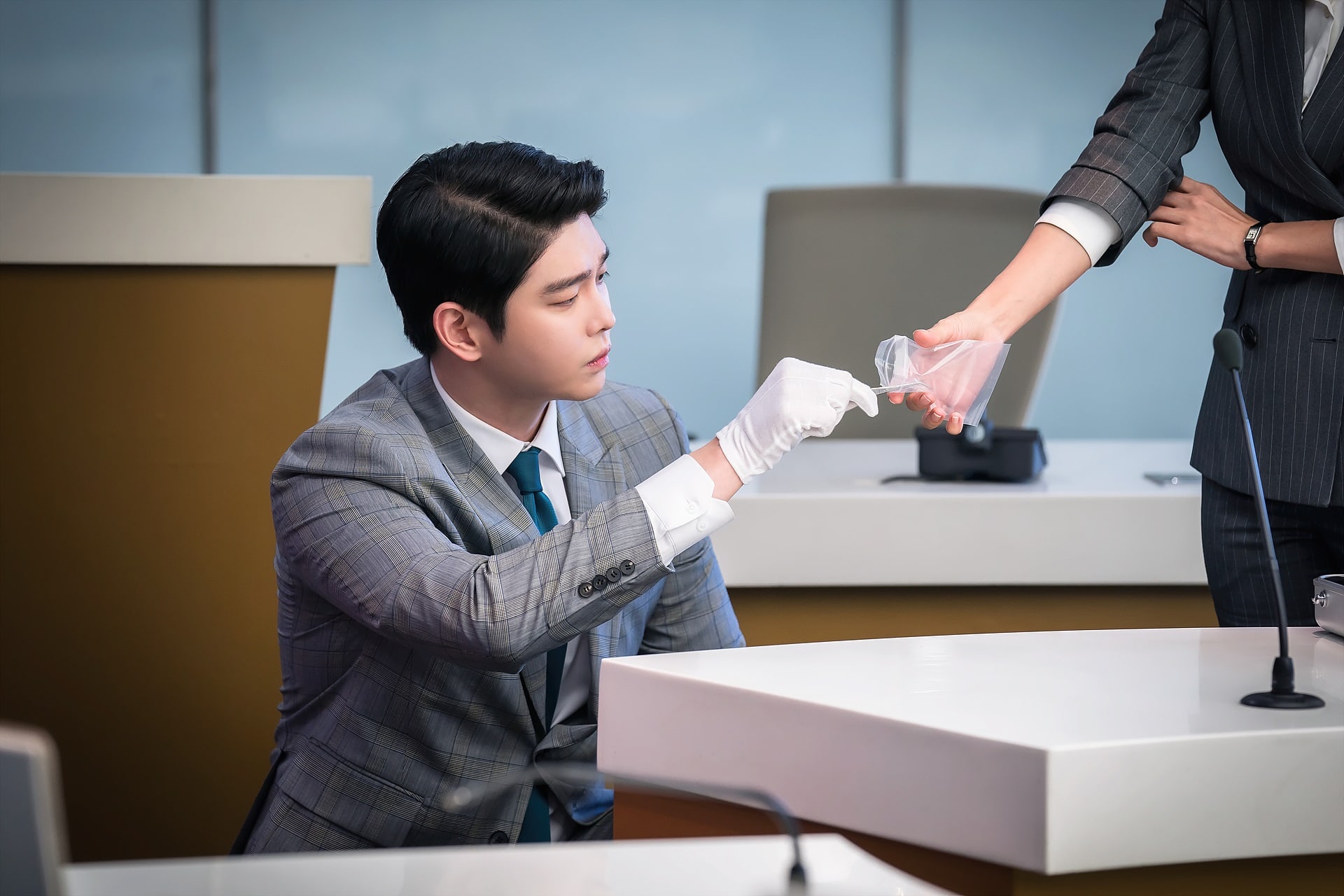 Kim Yoo Jung struggles to keep up with the demands of the job, which include mopping up spilled coffee and getting scolded over a tissue by one of the employees. Yoon Kyun Sang, of course, is the one setting these high standards for cleanliness at his work, wearing gloves to pick up minute pieces of trash from the floor.

The production staff stated, “Jang Sun Kyul and Gil Oh Sol reunite after their relationship got off to a bad start. Their unexpected romance will start happening in earnest, so please look forward to Yoon Kyun Sang and Kim Yoo Jung’s perfect ‘rom-com’ synergy and blend of romantic thrills and laughs.”