The drama is about Kang Bok Soo (Yoo Seung Ho), who was wrongfully accused of school violence and expelled. Years later, he returns to the school to take his revenge, but things don’t go as planned when he meets his first love, Son Soo Jung (Jo Bo Ah). Son Soo Jung is a teacher at the school, and is a force to be reckoned with, with both physical strength and a sharp tongue.

In the first set of stills, Jo Bo Ah is enjoying a meal as a wedding guest, but ends up taking out a sudden surge of anger on her steak.

A source from the production stated, “Jo Bo Ah is bringing a lot of vitality to the set with her unique brand of energy, and as time goes on, she’s becoming more and more in sync with her character. 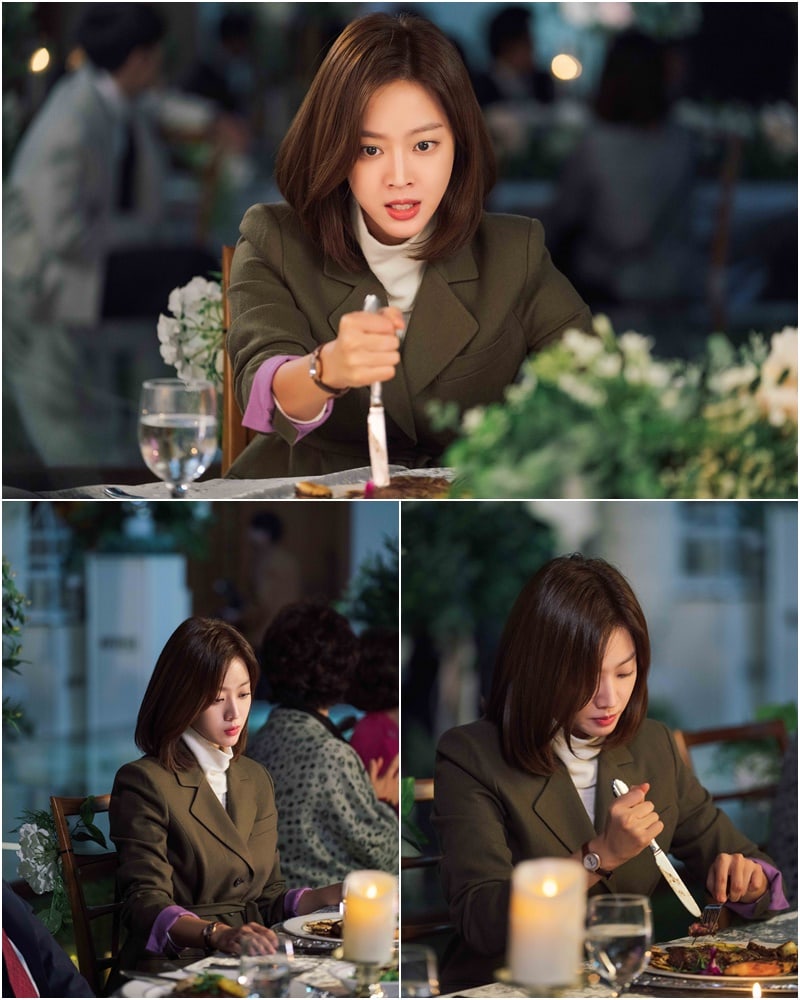 Yoo Seung Ho is also pictured at a wedding asking for the bride’s hand — not his bride — and attempting to make an escape. He’s quickly apprehended by guests, and the situation devolves into a tangle of limbs.

“Yoo Seung Ho is an actor who has both an innocent, boyish charm and romantic masculinity,” said a source from the drama. “You’ll be able to feel the draw of Yoo Seung Ho once again in this drama.” 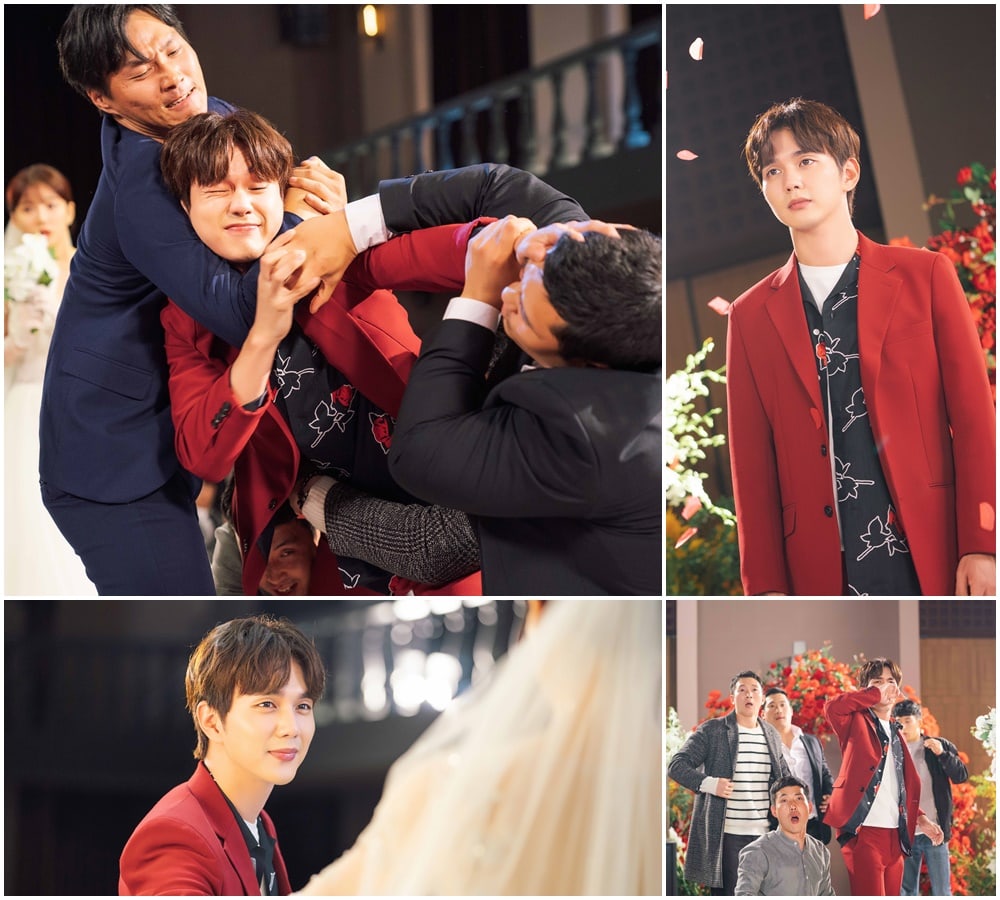 Yoo Seung Ho and Kwak Dong Yeon as students give off a starkly different vibe from the comedic scenes above. Kwak Dong Yeon, playing Oh Se Ho, looks dejected, standing by the edge of the roof, as Yoo Seung Ho desperately grips Kwak Dong Yeon’s tie to keep him from going any further.

A source from the drama stated that Yoo Seung Ho’s and Kwak Dong Yeon’s characters are opposing figures in the drama. “Off-camera, they take great care of each other, but once the cameras are rolling, they do complete 180s, getting into character. The conflict of these characters will be one aspect of the drama that draws viewers in.” 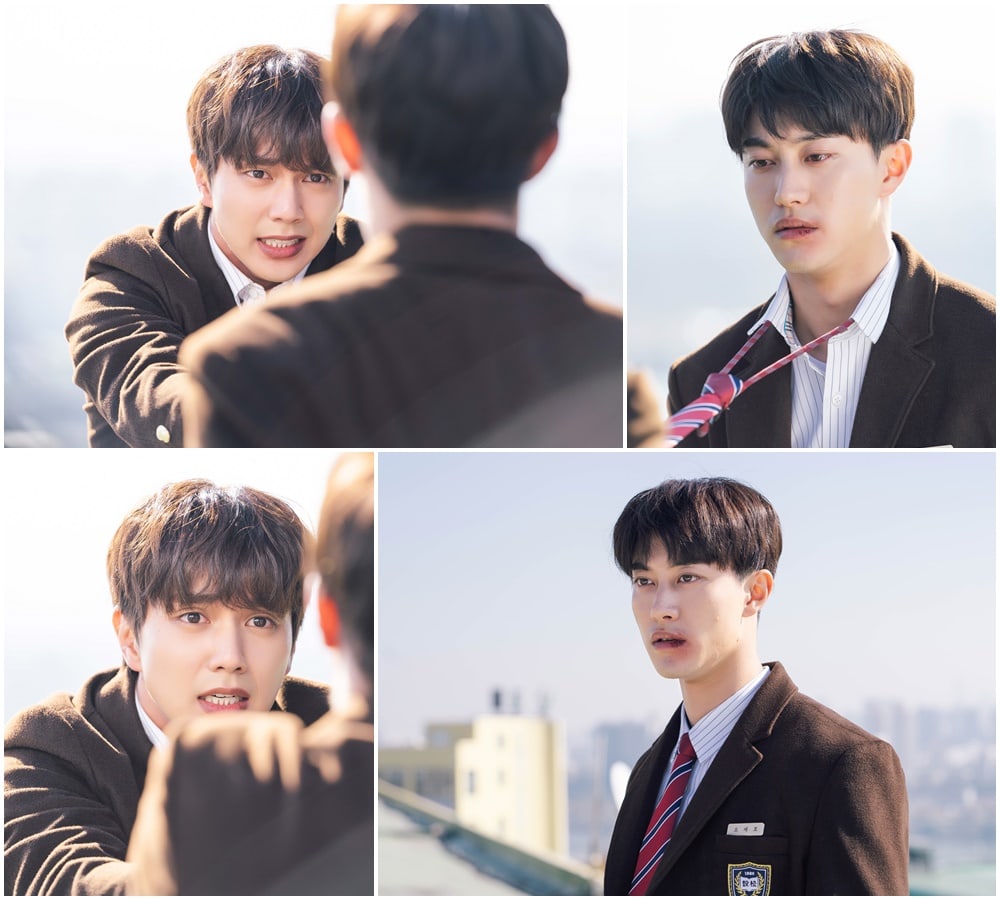