New stills of Song Hye Kyo and Park Bo Gum have been released!

In the newest stills, Cha Soo Hyun and Kim Jin Hyuk stand facing each other with contrasting facial expressions. She appears startled while he looks at her warmly as if to comfort her. The ocean can also be seen behind Kim Jin Hyuk, raising questions about why the two leads ran into each other near the sea after their scandal. 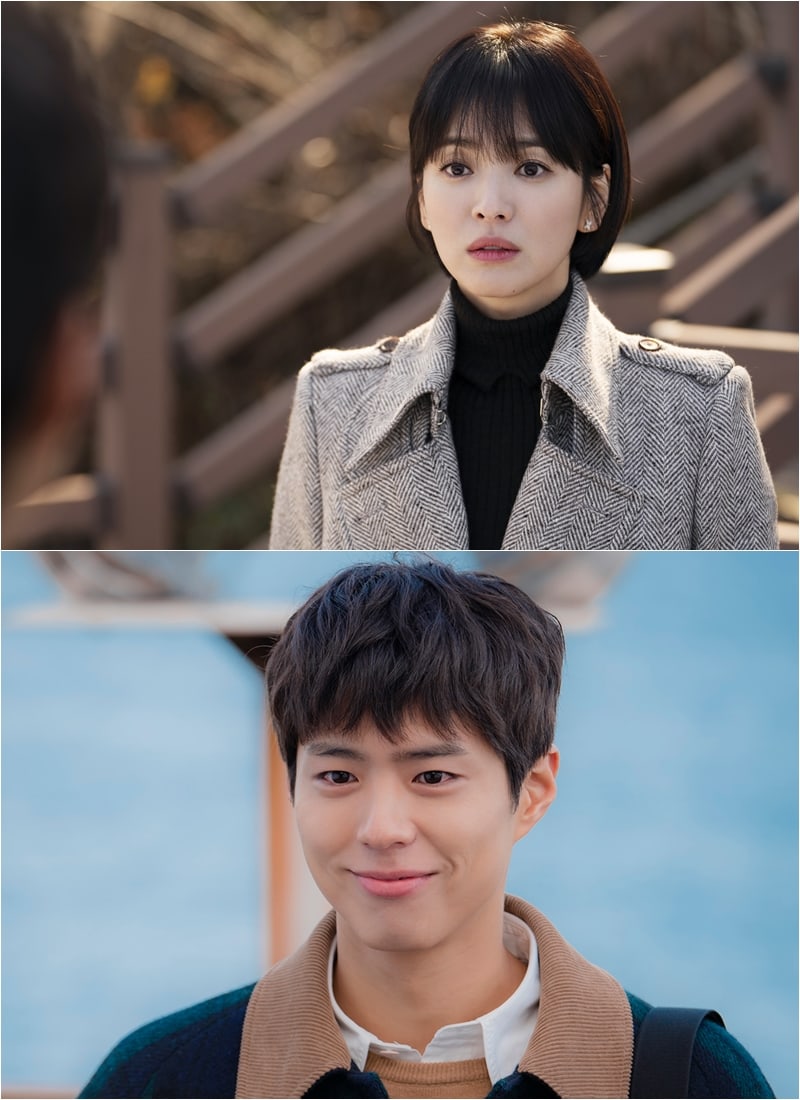 Last week, Cha Soo Hyun and Kim Jin Hyuk coincidentally met in Cuba and spent a dream-like day together. They then reunited back in Korea as the CEO of Donghwa Hotel and a new employee respectively. Following their unexpected reunion, they made viewers’ hearts flutter by talking about their day like friends and smiling at each other. At the end of the second episode, a photo of them eating ramen together at the rest stop was circulated along with reports of dating rumors.

A source from the drama said, “In the drama, Soo Hyun and Jin Hyuk will be immersed in their different emotions for one another after the scandal reports. Please look forward to the third episode of ‘Encounter’ to see how Soo Hyun and Jin Hyuk will face an awkward situation, comfort each other after reuniting, and their beautiful thoughts for one another.”

“Encounter” airs on Wednesdays and Thursdays at 9:30 p.m. KST. In the meantime, check out the latest episode below!