“My Strange Hero” has released colorful tinted individual posters of its main cast.

The drama is about Kang Bok Soo (played by Yoo Seung Ho) who is expelled after being framed as a school bully. He returns to the school as an adult to get revenge, but becomes swept up in another incident.

Each of the main actors of the show have their own themed colors for their character posters, along with an accompanying short description. Yoo Seung Ho expresses his character Kang Bok Soo in a green-tinted poster, as he wears a uniform and holds a motorcycle helmet. He is rebelliously and casually perched on the edge of a desk, and he’s described as “A Strange Hero.”

Jo Bo Ah exudes warmth through a yellow-tinted poster as Son Soo Jung, Kang Bok Soo’s first love. She confidently poses in front of a board with a book in one hand and a marker in the other. Kwak Dong Yeon is full of charisma as Oh Se Ho, the “Man With Two Faces.” He wears a neat suit that matches his black-tinted poster.

Kim Dong Young’s mischievous smile expresses his character Lee Kyung Hyun, the CEO of the company “Your Wish” and Kang Bok Soo’s close friend. In casual clothing, he shoots a toy gun in a red-tinted poster. His description reads, “Wanna help?” Park Ah In is bright and cheerful in a purple-tinted poster. Her character Yang Min Ji is described as “a Cute Stalker,” which she proves by holding up a placard expressing her affection for Kang Bok Soo.

A nostalgic official poster of Yoo Seung Ho was also revealed. In it, he stands in front of his high school, dragging a suitcase and treading lightly on the snow. The caption reads, “The time that stopped nine years ago, it’s started to run again.” 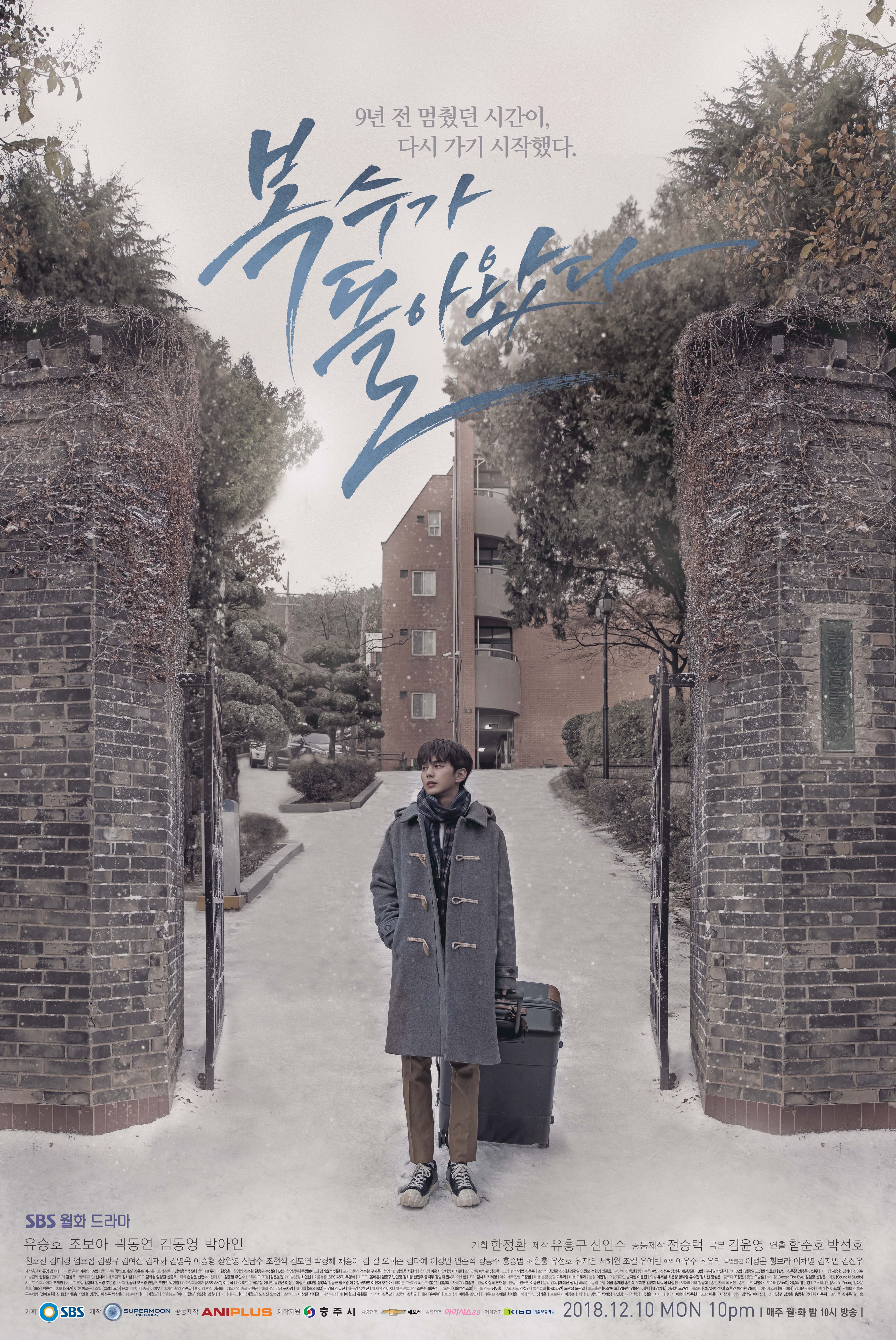 “My Strange Hero” will air its first episode on December 10 after “Death Song,” and will be available on Viki!