TWICE’s concert film “Twiceland” will be premiering on December 7 through CGV ScreenX.

There will also be a special screening of “Twiceland” where fans can sing along to the songs onscreen. This type of screening was recently done for the Hollywood film “Bohemian Rhapsody” and proved to be popular with audiences. Fans will be allowed to bring their light sticks and recreate the atmosphere of the concert inside the theater. 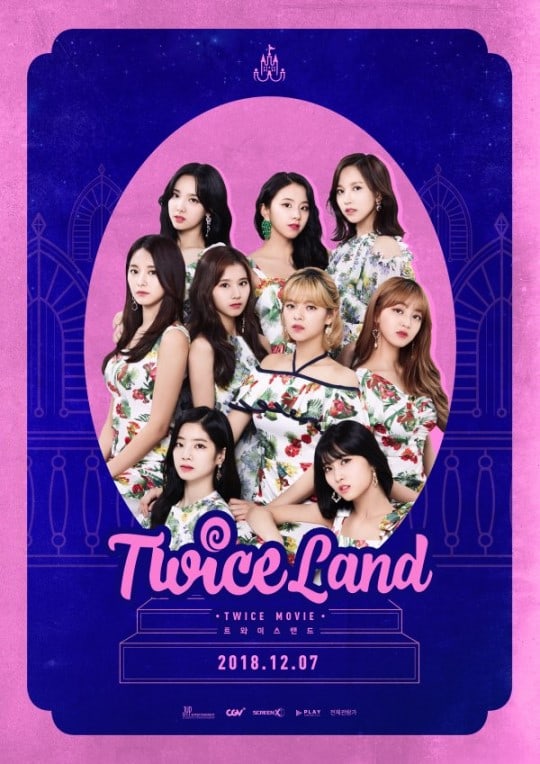 The concert film “Twiceland” features footage from TWICE’s tour “TWICELAND ZONE 2: FANTASY PARK,” which they performed earlier this year. This is TWICE’s first concert film and features 17 songs and performances, including hits like “Like OOH-AHH,” “Cheer Up,” “TT,” “Knock Knock,” “Signal,” and more. The song “Be as ONE,” which will be included on their special album on December 12, will also be revealed through the film.

ScreenX is a particular type of format that uses three panels to create a 270-degree viewing experience. The format is meant to recreate the experience of the live concert, which includes not only stage performances but footage of what took place backstage.