FTISLAND’s Minhwan and former LABOUM member Yulhee made their first appearance on “Mr. House Husband” on December 5, opening up their home and married life to the public.

The two talked about the whirlwind of going from idols to parents, Minhwan saying, “I thought a lot about whether I or our child would be holding Yulhee back from her life, if, even at a young age, I would be keeping her from experiences and growth.” Yulhee also had concerns. “I worried that people wouldn’t look kindly upon our dating, premarital pregnancy, and marriage, because we had to reveal them at the same time.”

Minhwan said, “I think Yulhee must’ve worried a lot because of me and the baby, so I want to help her more, even if it’s just a little.” 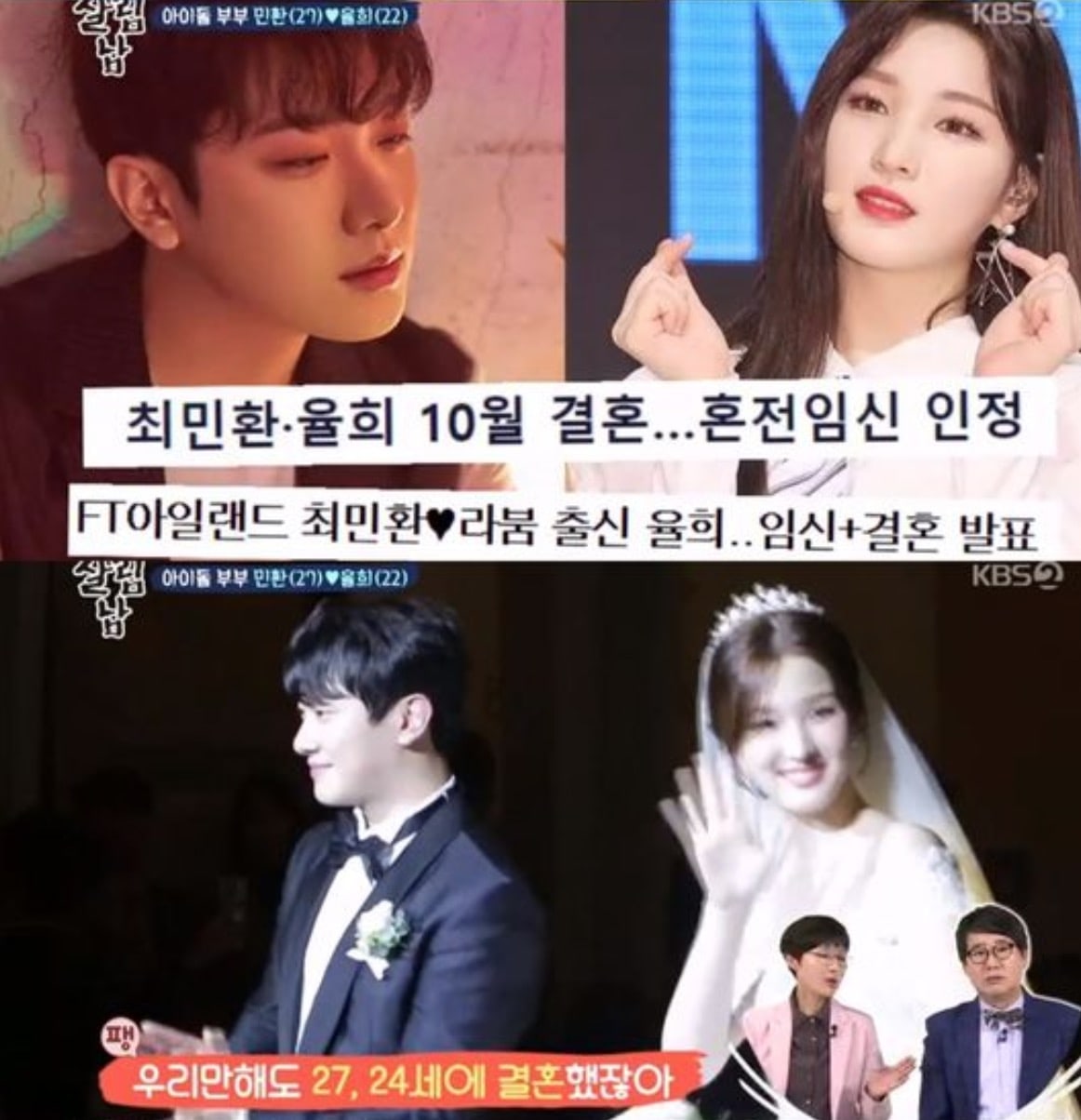 Minhwan and Yulhee’s child, Jaeyul, nicknamed “Jjangi,” is just six months old, and the couple is still figuring out the parenting gig, although Minhwan said he feels he has the hang of it now. 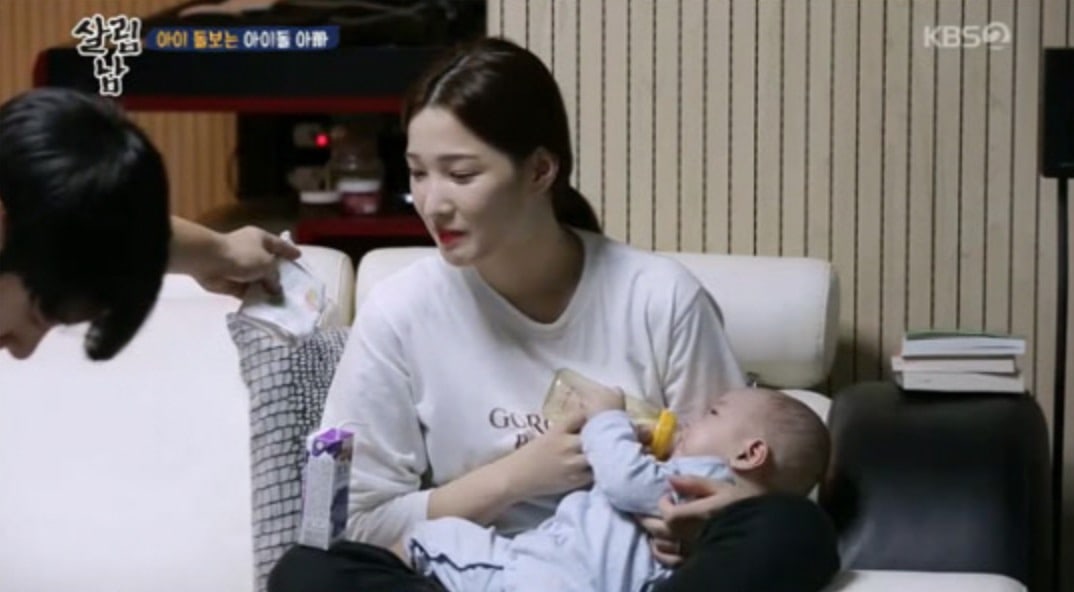 After putting Jaeyul to sleep, the couple sat down for a late night snack, and Minhwan asked Yulhee if she wants to work again. Yulhee said, “Right now I just want to do my best raising Jjangi. Even just taking care of him and the home feels like work. But I do think about when I was working sometimes, when I’ve been at home for a while.” Minhwan expressed his full support for Yulhee, saying that if there’s ever something she wants to do and needs for it, he wants to help her do it at any cost.

Yulhee said, “I’m happy that I have a new family. I’ll do my best to raise my son.” When Minhwan mentioned that he wants another child, Yulhee said, “I think that’ll happen when you come back from the military.” 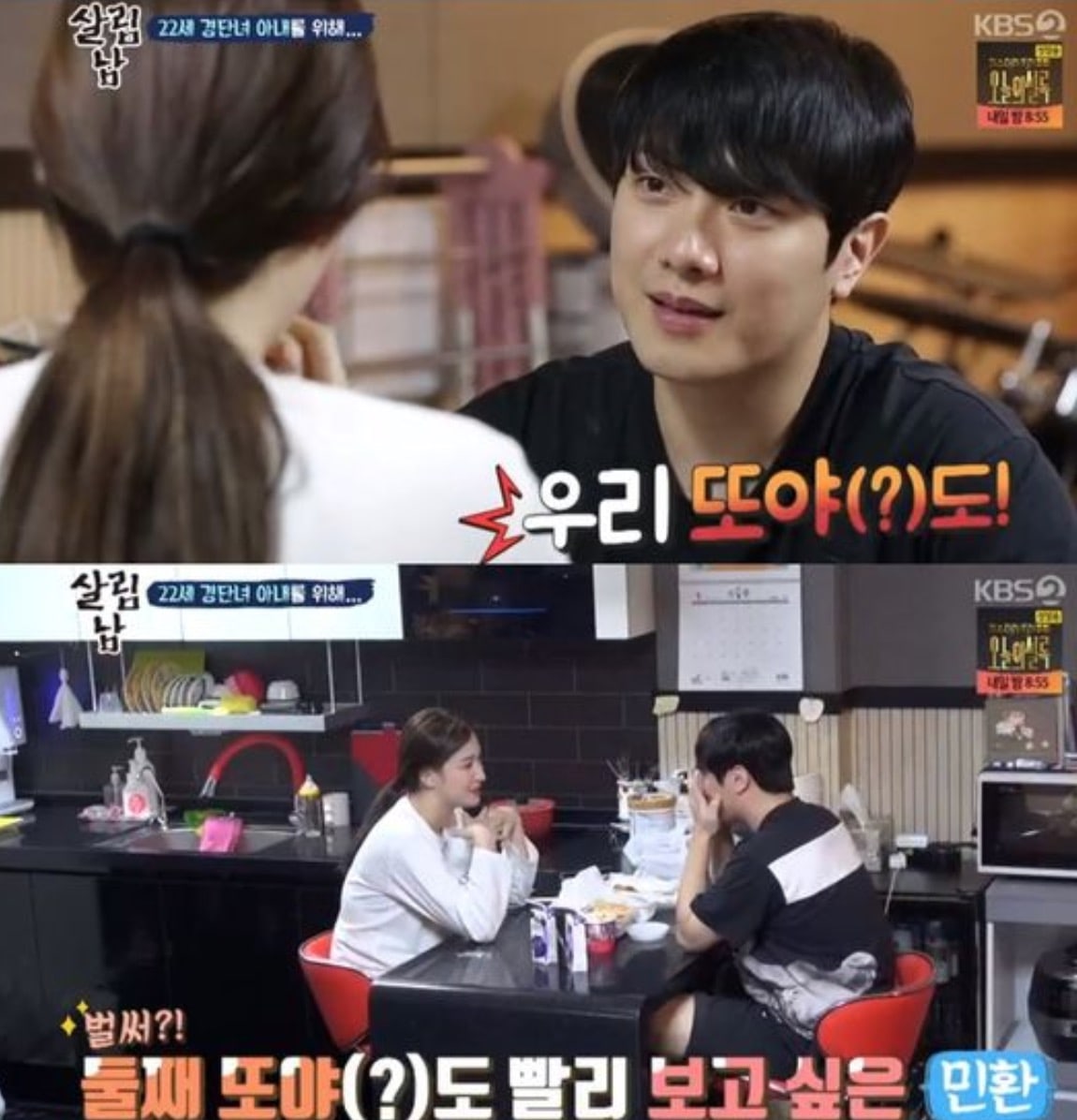 FTISLAND
Minhwan (FTISLAND)
Yulhee
How does this article make you feel?