LABOUM held a press conference to celebrate the release of their sixth single “I’m Yours” on December 5 and opened up about a wide variety of topics.

“I’m Yours” is the group’s first comeback in approximately five months since their July release “Between Us.” The title track “Turn It On” is a simple but powerful medium tempo track that includes a charming Latin sound. It is a powerful and sophisticated track that reflects the feelings of a woman who only has eyes for one man. Yujeong said, “We’ve been showing a more mature side to ourselves from ‘Between Us.’ Maturity isn’t just one-dimensional so we wanted to show that through our music.” 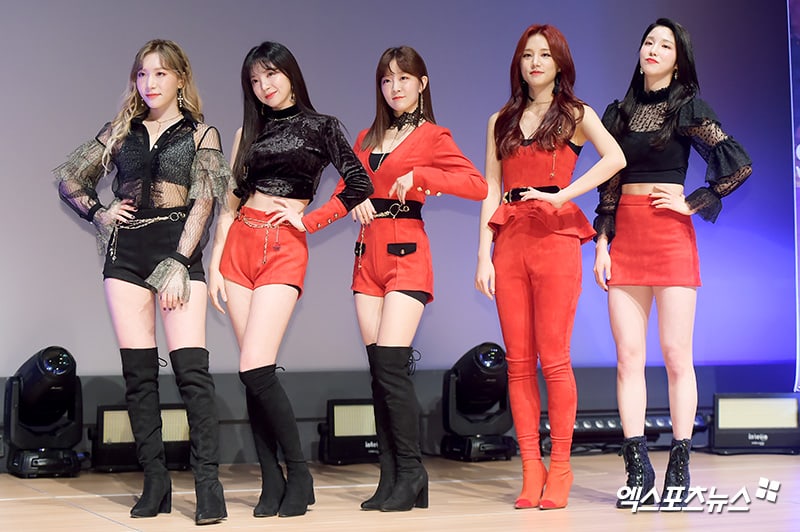 The music video of “Turn It On” featured a special guest appearance by U-KISS and UNB’s Jun, who transformed into a zombie for the video. Yujeong said, “When he appeared on set after getting his zombie makeup done, it was so realistic that it surprised us. He did such a great job and we’re very grateful to him.” ZN added, “We’re going to buy him a meal to thank him.”

The single also includes the b-side track “Heal Song,” which Solbin participated in composing and writing the lyrics for. She explained, “I started writing the lyrics with the concept of ‘to comfort’ in my mind. It’s a song where you tell yourself you did a good job after a long, tiring day. I wrote the lyrics pretty quickly, and I hope people will find comfort in the song.” The choreography for “Heal Song” includes sign language near the end of the song and Yujeong explained, “The meaning of the lyrics are so good. We wanted more people to be able to connect with the lyrics, so we thought of including sign language in our choreography.” 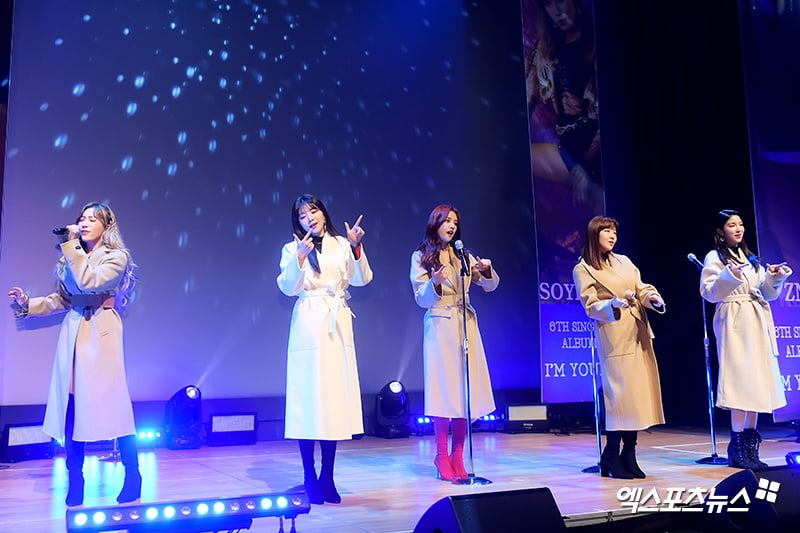 The members also opened up making their debut in Japan in November with their single “Hwi Hwi.” Their single rose to ninth place on Oricon’s daily chart and Soyeon said, “We couldn’t believe it. We were on stage at an event when the news came out. We couldn’t stop tearing up. We were all filled with emotions that made us tear up without saying a word.”

Finally, LABOUM talked about their goals for their new album. Soyeon said, “I think we’ll be grateful to just have people think of us as a group that is able to take on a wide variety of concepts and genres,” to which Haein added, “Before ‘Between Us,’ I think people associated LABOUM with fresh concepts, but I hope people will see our mature charms as well through songs like ‘Between Us’ and ‘Turn It On.'” Solbin stated, “We have a great choreography and we hope it will get covered by people from all around the world. We hope ‘Turn It On’ will become known globally so more people know about LABOUM and our charms.”

LABOUM released “Turn It On” on December 5, check out the music video!

LABOUM
XPN
How does this article make you feel?