MONSTA X recently delighted the crowd at the 2018 Boston Jingle Ball by joining The Chainsmokers on stage for an unexpected collaboration!

MONSTA X is currently touring the United States as the only K-pop act in the star-studded lineup for iHeartRadio’s famous year-end Jingle Ball concert tour. During the Boston concert on December 4 local time, the group—who later went on to close the show— made a surprise appearance on stage during The Chainsmokers’ set, joining the American duo for a performance of their hit “Something Just Like This.”

Earlier this year, The Chainsmokers met several members of MONSTA X at the 2018 Ultra Music Festival in Korea, when both the duo and MONSTA X’s Hyungwon (as DJ H.ONE) performed at the annual EDM festival in June. They later went on to share a photo of themselves hanging out with Hyungwon, Shownu, and I.M backstage.

After performing together with The Chainsmokers at the Jingle Ball concert in Boston, Hyungwon commented, “Last time we met, I was with my fellow members Shownu and I.M, but this time, I was able to personally introduce [The Chainsmokers] to all of the MONSTA X members, which made me very happy.”

“It was truly an honor to be able to perform a special collaboration with The Chainsmokers, an artist that I love,” he said. “Aside from this performance, I hope that we collaborate together on a new song in the future.”

Hyungwon added, “We will continue to perform happily and pour our passion into the remaining Jingle Ball tour concerts.”

Check out the photos of MONSTA X’s surprise collaboration with The Chainsmokers below! 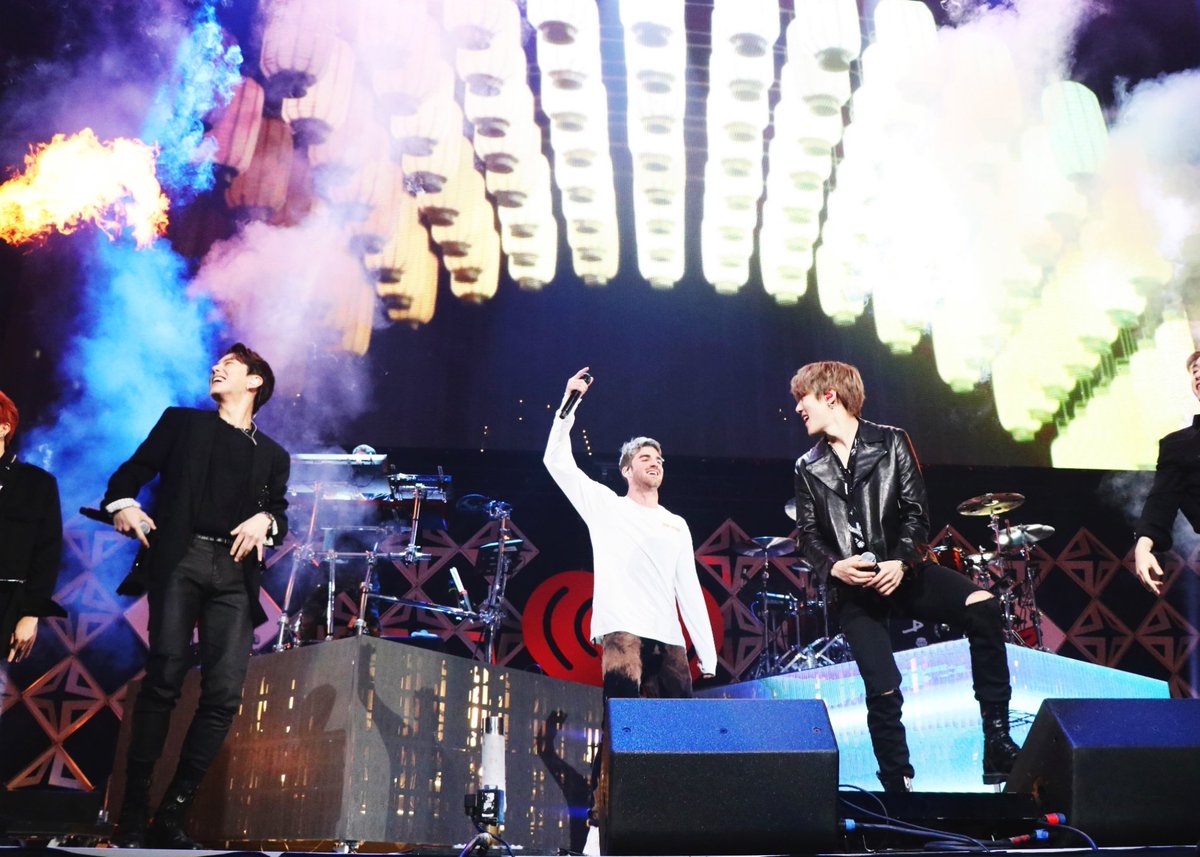 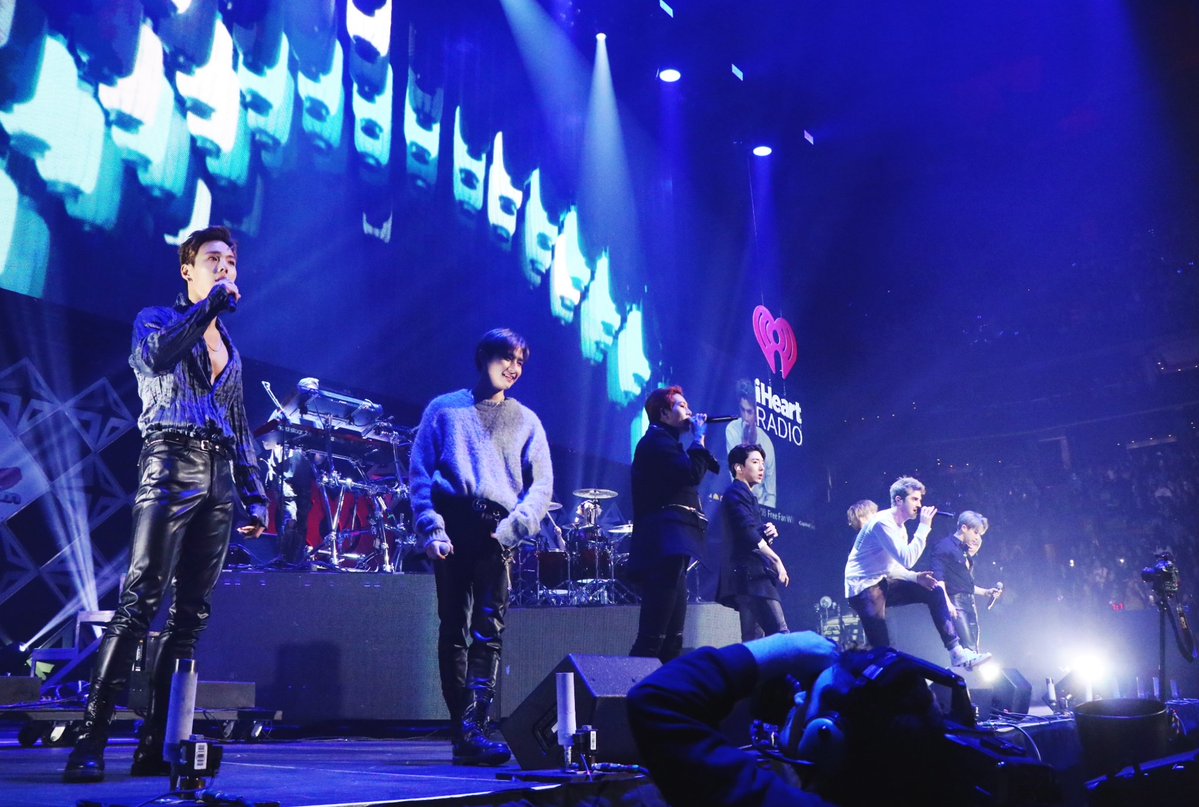 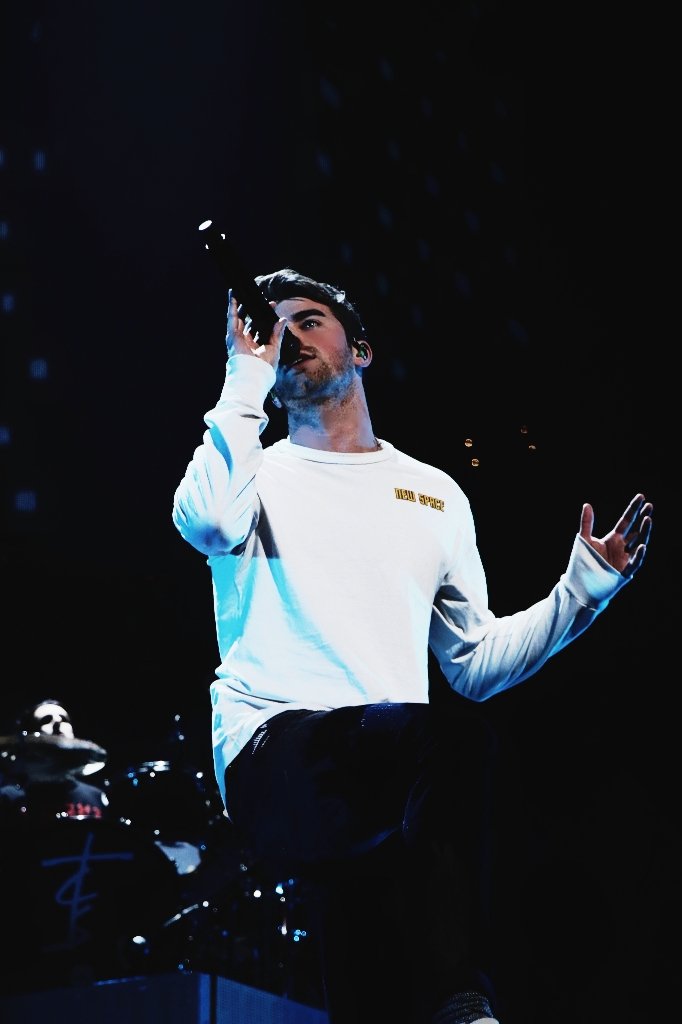 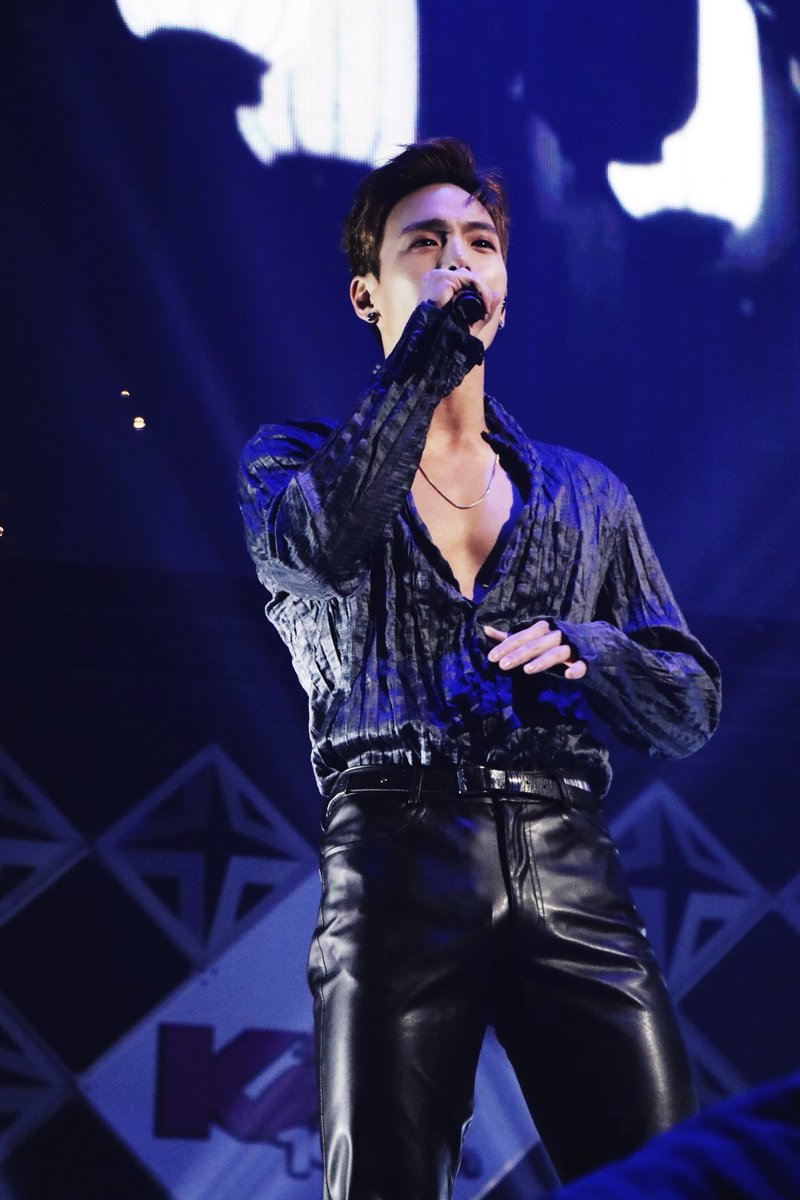 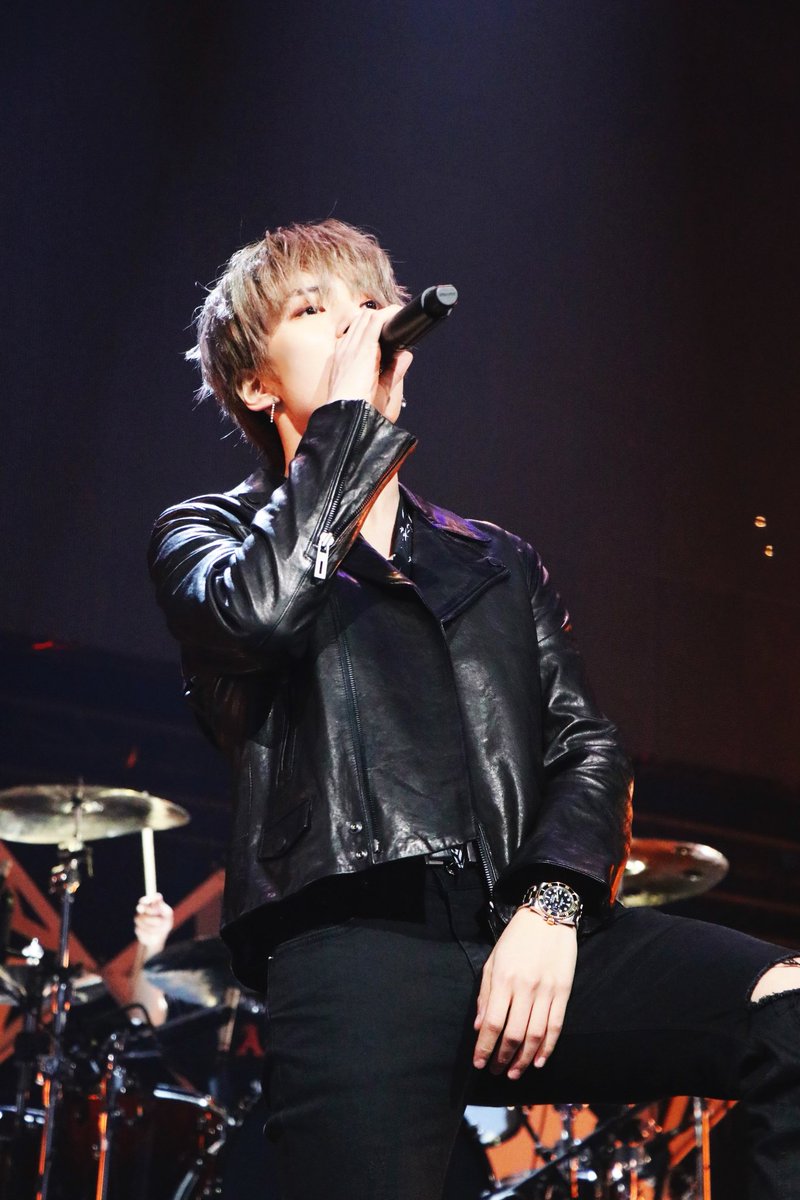 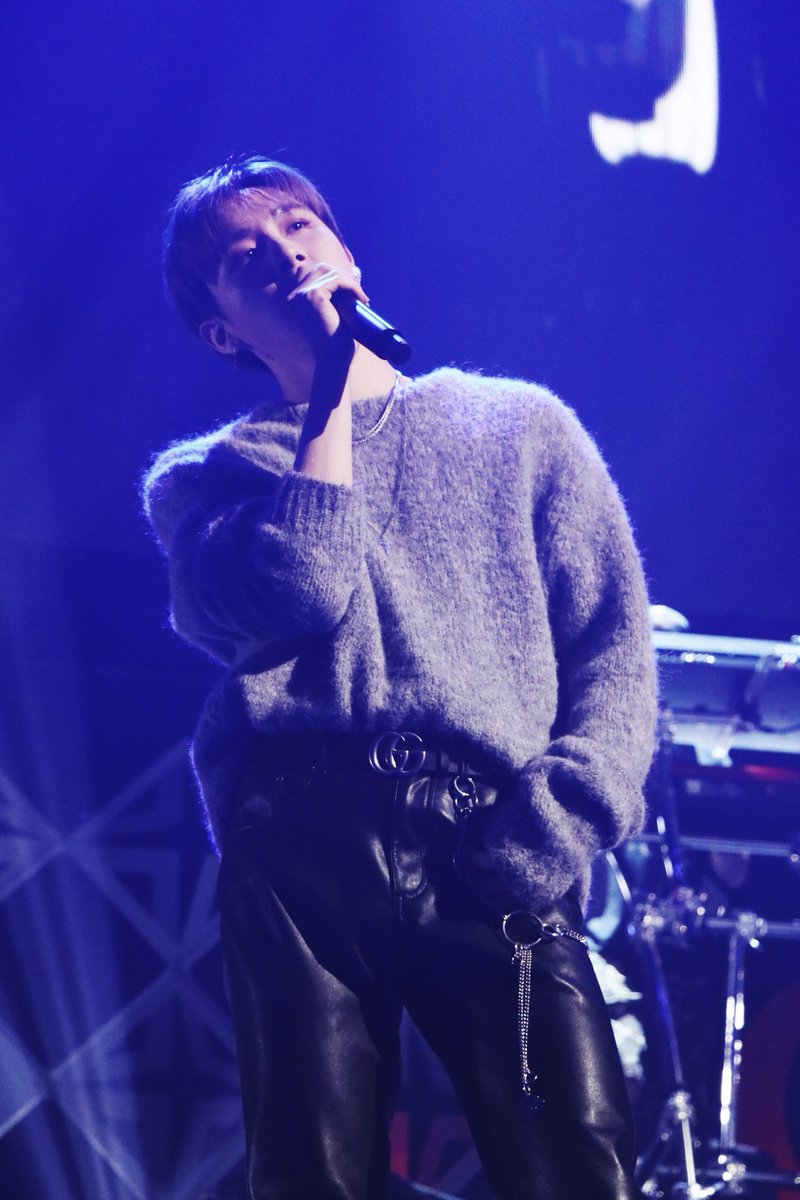 If you haven’t seen it yet, check out Soompi’s exclusive interview with MONSTA X at the Jingle Ball tour here!

MONSTA X
Hyungwon
The Chainsmokers
How does this article make you feel?