On December 6, UP10TION held a showcase for the release of their mini album “Laberinto.”

Hwanhee said one of the appealing aspects of this album is the member visuals. “The fugitive concept has a wild charm to it, and the chaser concept has a refined charisma.” When asked who the best visual of the group is, Hwanhee responded, “I’m No. 1.”

“Blue Rose,” the group’s title track from the album, is a hip hop-trap style track with a grand, dramatic vibe. Sunyoul said, “When we first heard the track, we were surprised because it’s different from the style of music we were used to doing, but after practicing, I think we’ve put our own touch to it.” 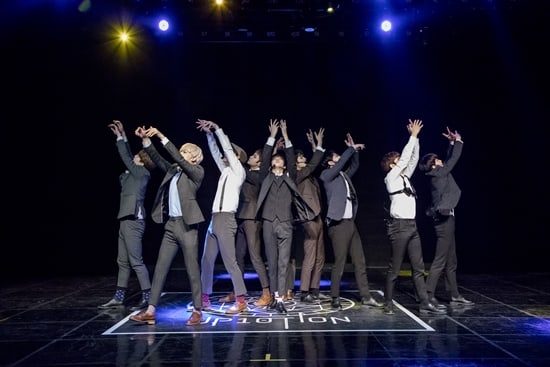 Bitto participated in the lyric-writing and composition for the song “With You.” Introducing the track, he said, “It’s a song that expresses our thanks to fans for waiting for us. It’s a good song for fans to listen to.” He added, “It’s a song that we started a while a go but never finished. I finished it up with the guy I was working with this time around, and we rewrote the lyrics to make it a fan song.”

Kuhn also wrote rap lyrics for the song. “Bitto was working on the song during our Japan tour,” said Kuhn, “and he suddenly came to me and started pushing me to write lyrics.”

Wooshin had also written a song, although it didn’t make it on the album. “I’m a little sad my song wasn’t included in the album, but we took it out because the style didn’t fit. I’ll work hard to get it on the next one,” said Wooshin. 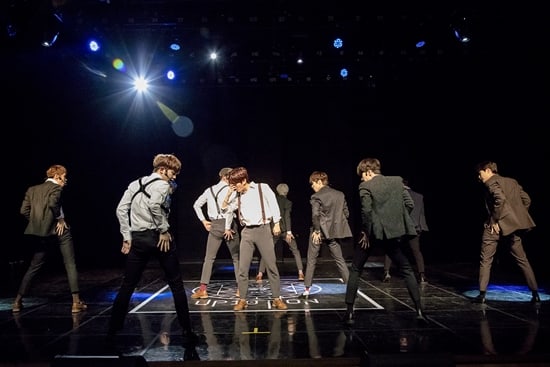 The group’s goal for this comeback is to show everyone that they can experiment with their music and concepts while still maintaining their core charm and style.