YouTube Rewind ranks the most popular videos on the site that were released in 2018 by considering views and watch time, as well as the number of shares, comments, and likes, with data from up until mid-November.

The list of the most popular MVs among users in Korea was released on December 6, and this year all the entries are by Korean artists.

iKON’s “Love Scenario” has grabbed the top spot on the list, with BLACKPINK’s “DDU-DU DDU-DU” coming in second. MOMOLAND’s “BBoom BBoom” is third, TWICE’s “What Is Love?” is fourth, and BTS’s “Fake Love” is fifth.

TWICE and BTS are the only artists to score two entries on the list. 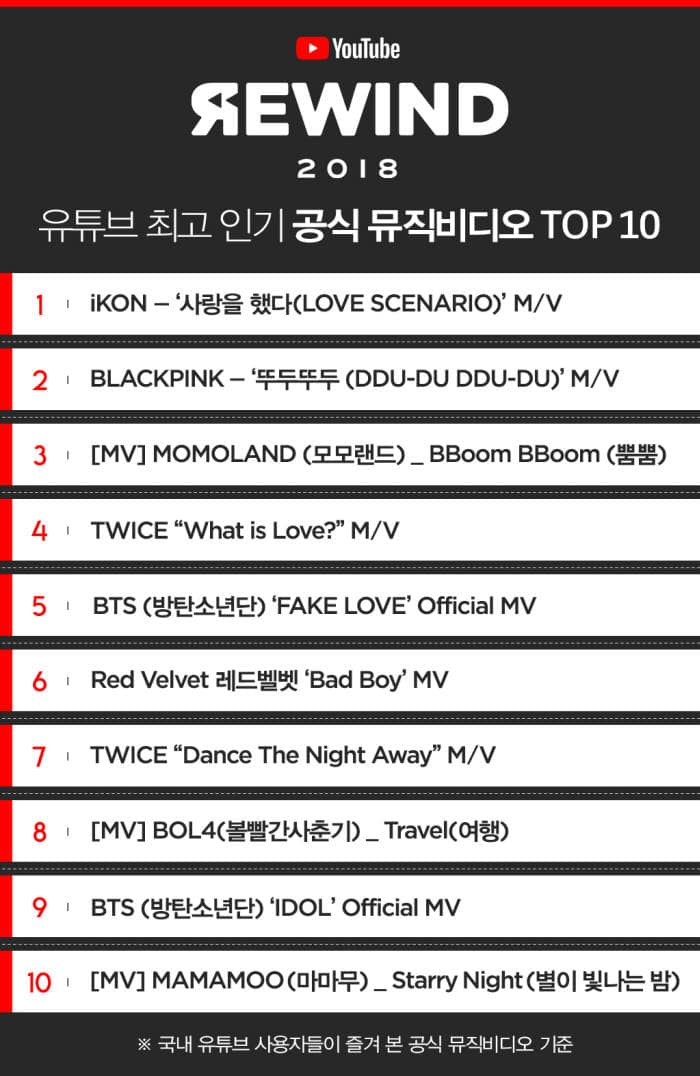 On the ranking of the most popular videos that excludes official music videos, MOMOLAND’s “BBoom BBoom” dance practice video takes No. 1. It is the only video related to K-pop to make the list.

In No. 2 is Yang Ye Won’s testimonial video about sexual harassment. No. 3 is a video of a young South Korean boy named Oh Yeon Joo making North Korean leader Kim Jong Un smile with his performance at a banquet event during the inter-Korean summit in April. Other videos include home training clips, eating shows, and more. 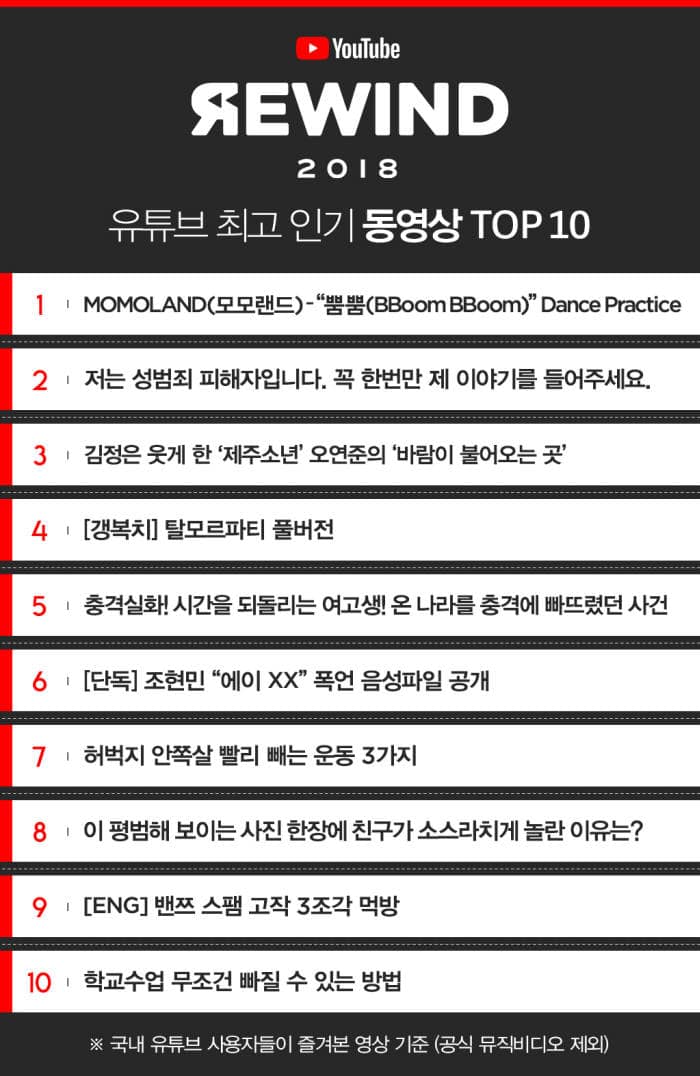 What was your favorite music video of 2018?