On December 6 (local time), the news source released the list, which consists of 12 actors and their notable film of the year. Yoo Ah In is the only Korean actor on the list, and was chosen for his film “Burning.”

New York Times praises the actor for his “grim and stunning” as well as “riveting” gradual transformation in “Burning.” It adds, “Yoo Ah In is a big, charismatic star in South Korea. Through Lee [director Lee Chang Dong], he achieves a kind of slight of hand, conjuring a state of bemusement that deepens into anomie. He’s almost anticharismatic — almost. He’s still got that open, handsome face, so your’e drawn to him, which allows for a grand misperception. It’s entirely likely that the person we’re left with at the end of the movie was also there in the opening minutes.” 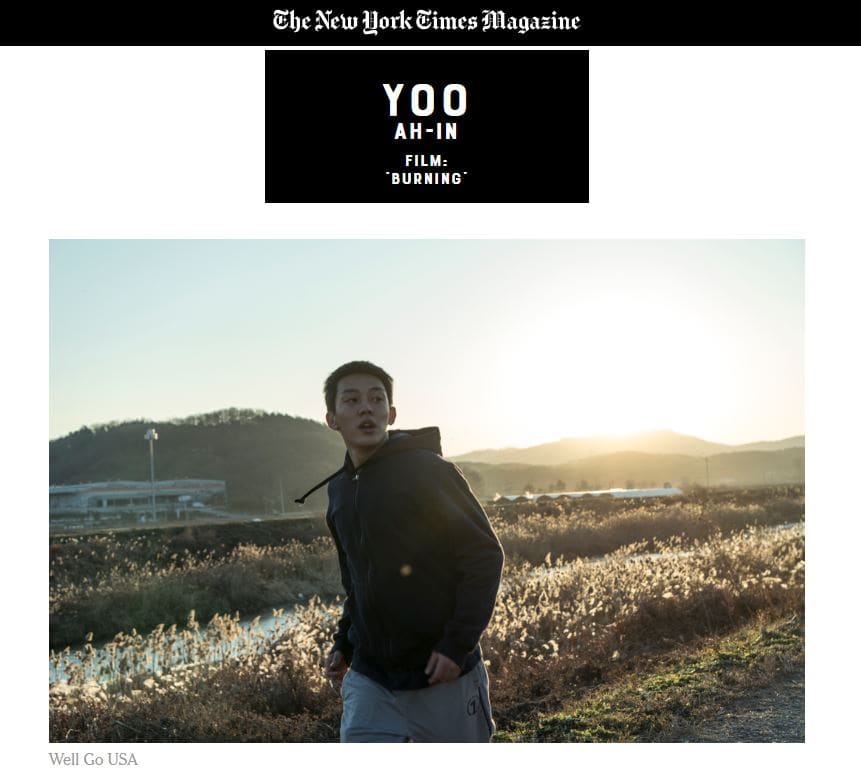 Other actors on the list include Glenn Close for “The Wife,” Ethan Hawke for “First Reformed,” Toni Collette for “Hereditary,” Lakeith Stanfield for “Sorry to Bother You,” Regina Hall for “Support the Girls,” Julia Roberts for “Ben is Back,” Yalitzia Aparicio for “Roma,” Elsie Fisher for “Eighth Grade,” as well as Emma Stone, Rachel Weisz, and Olivia Colman for “The Favorite.”

Congratulations to Yoo Ah In!

Yoo Ah In
New York Times
How does this article make you feel?