Watch: BLACKPINK Is Amazed By The Trainees Of “YG Treasure Box” As Guest Judges

In the fourth episode of “YG Treasure Box,” BLACKPINK appeared as judges.

During the December 7 episode, the trainees showed their unique talents in order to express themselves within three minutes and gain a spot in the debut group. Out of the 21 trainees, only five were confirmed to be in Treasure 7: Bang Yedam, Haruto, Kim Jungyu, Ha Yoonbin, and So Junghwan.

Wang Jyunhao, Park Jihoon, Park Jungwoo, Kim Seunghun, and Mashiho had a rematch in order for two of them to be included in Treasure 7.

The trainees unanimously chose the song “Love Scenario” because it was the only song that everyone knew. The problem was the rap part, which was hard for the vocalists to pull off. At this time, Park Jungwoo performed a great rap part. In the end, Mashiho and Park Jungwoo became members of Treasure 7.

After failing by one vote, Kim Seunghun shared, “I don’t think I was ever praised in the last two and a half years. I’ve been preparing for so long since I was young, and I’m the most desperate. This was the first time I got the spotlight, and I think this was the opportunity the producer was talking about. I put my foot in the door because I was a person, but I felt regretful because I had to pull my foot out. However, this is not the end.”

Bang Yedam shed tears when he saw his members from the same group after the evaluation. Haruto and Park Jungwoo also shed tears of guilt. Park Jungwoo said, “I became part of the debut team, but I felt sorry to part with my teammates.” 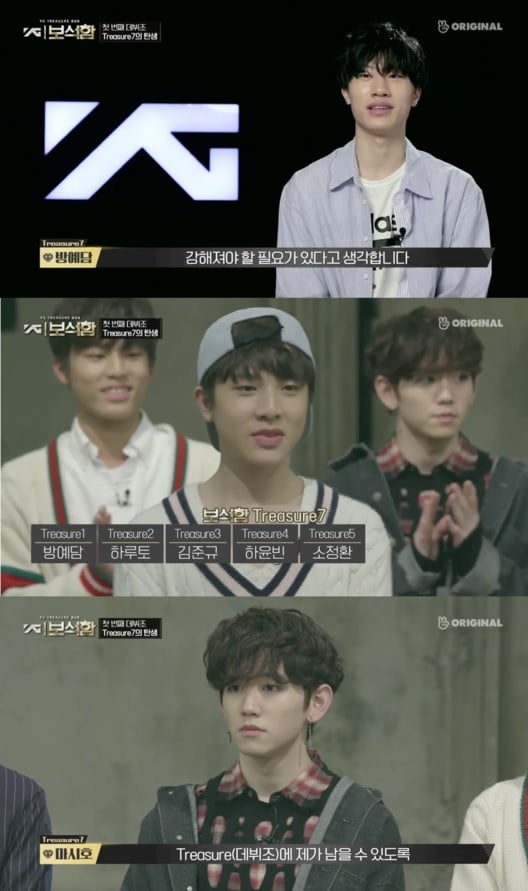 In addition, BLACKPINK became judges of the individual evaluations to choose a challenger. A parade of talents were shown, and the girl group thoroughly inspected each trainee. The members were delighted to see the trainees’ various talents and praised their skills.

Lisa, who heard Wang Jyunhao sing “Forever Young,” put the word “cute” on his sheet, and when he missed the beat, Jisoo commented, “It was a bit weird just now.” However, after seeing his “happy virus” dance to the song, she couldn’t help but laugh in delight, and Rosé said, “The fact that he can do something like this means he’s overflowing with confidence.” After watching all the trainees, Jennie commented, “We almost fell into a swamp of the jewelry box. There were so many jewels.” 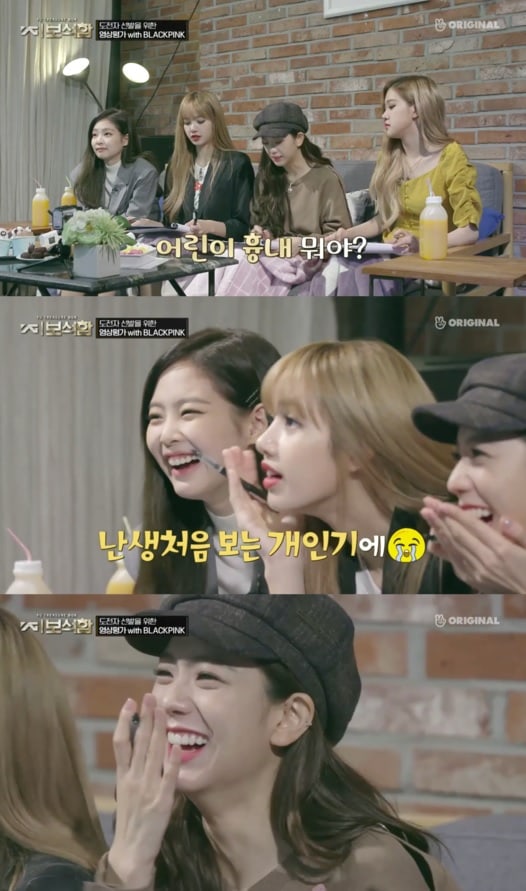 On the day of the first concert, Treasure 7’s signal song “Going Crazy” was revealed. The evaluation was done by 100 employees of YG Entertainment.

The performance was neck and neck, as the two trainees are close friends and great rivals. Yang Hyun Suk commented, “There was a preconceived notion that Park Jungwoo would win. I think Kim Yeongue’s vocals are good for this song.” Park Jungwoo left Treasure 7 and went back to being a trainee. He vowed, “I will work hard and try hard to get back in.”

BLACKPINK
YG Treasure Box
How does this article make you feel?