On the latest episode of “Law of the Jungle,” MOMOLAND’s Yeonwoo opened up about her struggles as she talked with Kim Byung Man.

“Law of the Jungle” is an SBS celebrity travel show that features stars having to find ways to survive in a remote location. While the pair were grating coconuts on their own together as part of the survival experience in the December 7 episode, Kim Byung Man asked Yeonwoo how long it’s been since her group debuted. “It will be our second anniversary in three months,” she replied.

“I was at an acting agency and then I ended up being cast for my current agency,” she explained. “But I really couldn’t sing or dance, so I was scared about taking lessons. But I still wanted to do it. The fact that I couldn’t do it made me want to do it more, and I felt a sense of responsibility.” 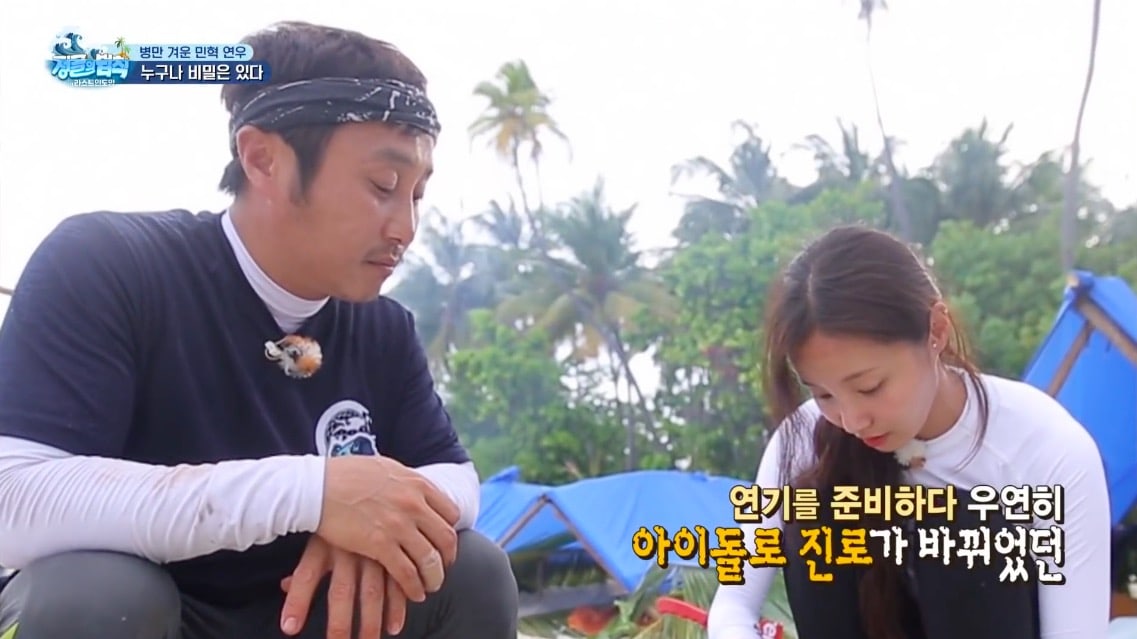 Kim Byung Man asked her how many members are in their group, and she told him nine. “Out of the nine members, what do you think is your ranking?” he asked.

Yeonwoo paused for a moment before answering, “I’m last.” When Kim Byung Man asked why she thinks that, Yeonwoo replied, “I don’t think that I’m last because I’m bad. I think that I could do better than I’m doing now, so that’s why I said I’m last.” She then wiped her tears. 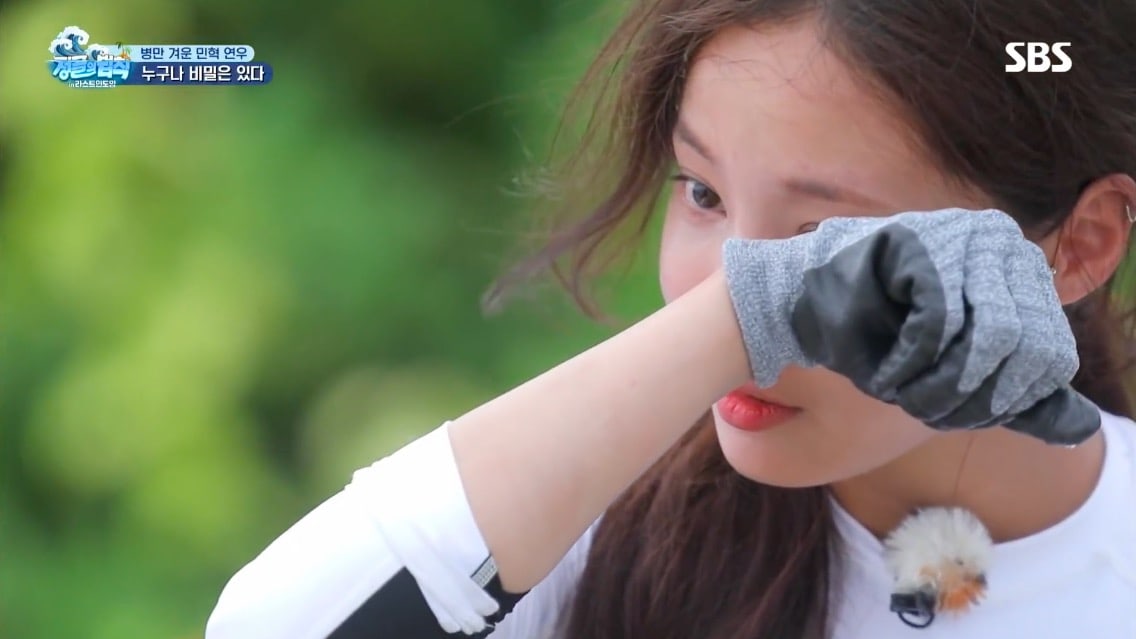 Kim Byung Man responded, “Don’t you think you were all chosen because you have different charming qualities?” Yeonwoo responded that that’s true.

He then continued to comfort her by sharing some of his own experiences in the comedy industry. “I was last as a comedian too,” he said. “It took me eight tries to pass the comedian test, and on my eighth try I was last in the rankings.” 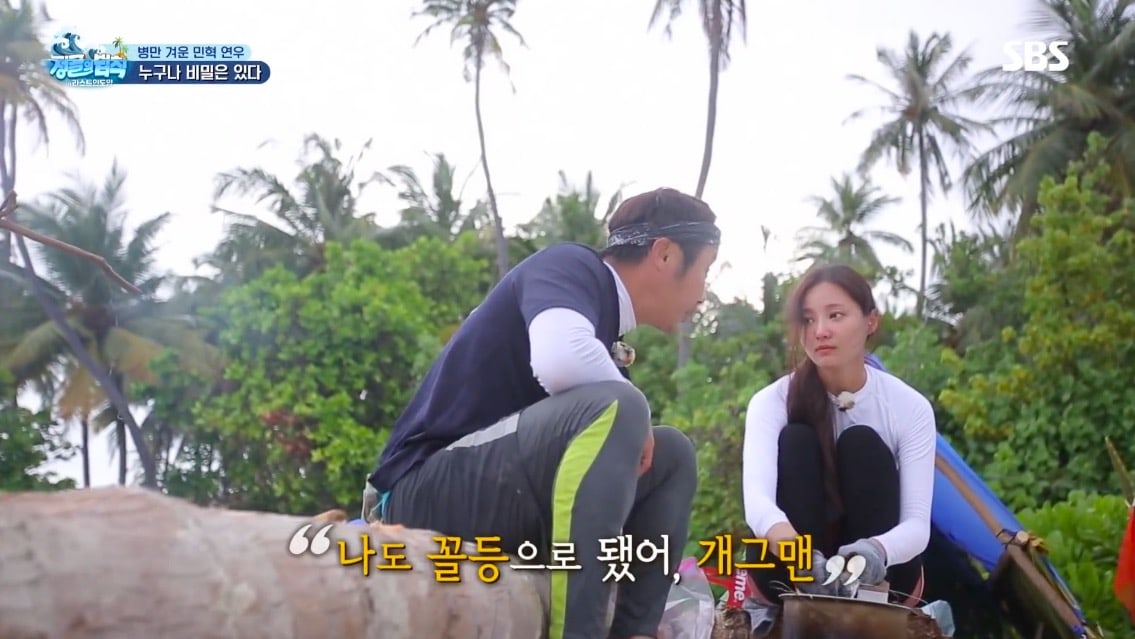 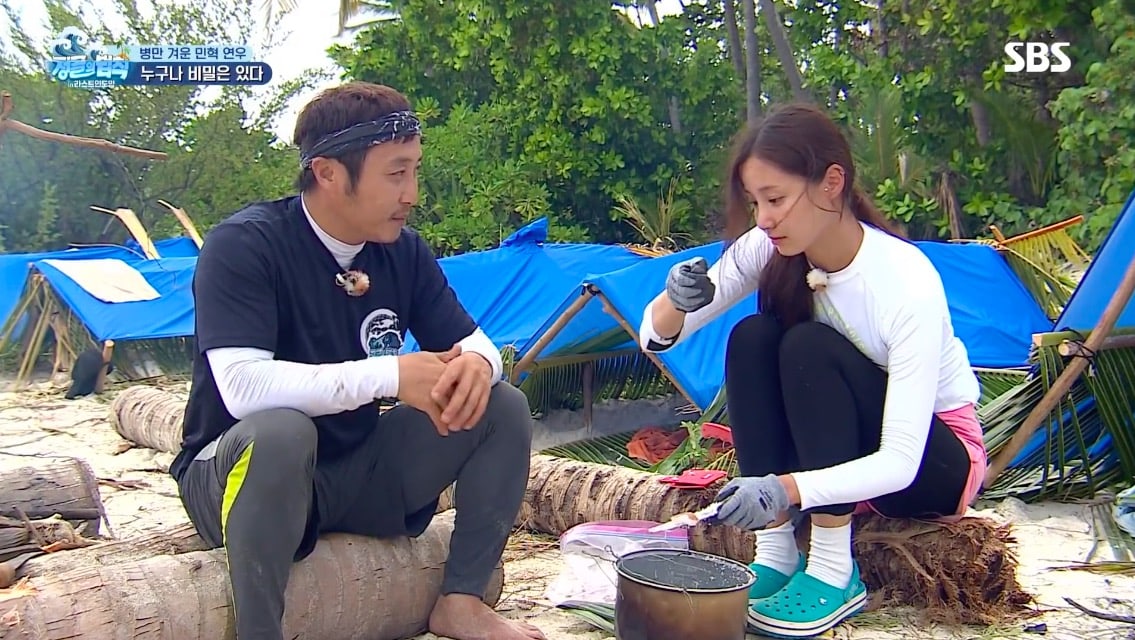 “I can’t just succeed by saying that I’m going to follow in the footsteps of someone like Kang Ho Dong or Yoo Jae Suk, who are the best,” he said. “I knew that I had to think about what I can do well personally and practice doing that. I liked slapstick comedy and comedy that incorporated martial arts, so I practiced that.”

He added, “You have a great opportunity and more time than I did.” She replied, “I’m just like this because I’m impatient.” He responded, “It’s good to be a bit impatient. That’s how you keep yourself motivated.”

In a personal interview, Yeonwoo said, “I was so grateful. I don’t usually talk about my worries, and since I’m an older member in the group, I don’t like talking to the younger members about that kind of thing. So I didn’t have anywhere to confess that; I couldn’t be honest.” She then laughed about how she’d been crying as she worked on the coconuts, and asked if it had looked funny.

MOMOLAND
Law of the Jungle
Kim Byung Man
Yeonwoo
How does this article make you feel?