Viewers will learn more about Song Jae Rim’s character in JTBC’s “Clean with Passion for Now.”

On December 8, new stills of Choi Goon (played by Song Jae Rim) were released that shed light on his mysterious past.

The one variable in their budding romance is the mysterious rooftop man Choi Goon. His unemployed aura and cunning charms aroused Gil Oh Sol’s curiosity, and the two began to form a friendship. Despite usually engaging in playful bickering with Gil Oh Sol, he turns into a warm friend who comforts her at her time of need.

Last episode, Dr. Baek (played by Woo Hyun) introduced himself as a neuropsychiatrist and came to see Choi Goon. Thanks to his visit, Choi Goon’s home was revealed for the first time and he could be seen making a diagnosis of Dr. Baek’s symptoms.

In the stills, Choi Goon undergoes a surprising transformation. Instead of his usual colorful tracksuits, he’s changed into an all-black suit. A cold, sharp expression has also replaced his usual goofy smile.

One of the photos shows a moment from the past where he met Gil Oh Sol at a construction site. Dressed in her school uniform, she gives him a smile and a drink. His sad expression in this photo is a stark contrast to his present appearance.

A source from the drama said, “As Choi Goon’s identity becomes revealed, his special past with Gil Oh Sol will also be revealed. Please look forward to the change in their relationship as Jang Sun Kyul and Gil Oh Sol face a threat.” 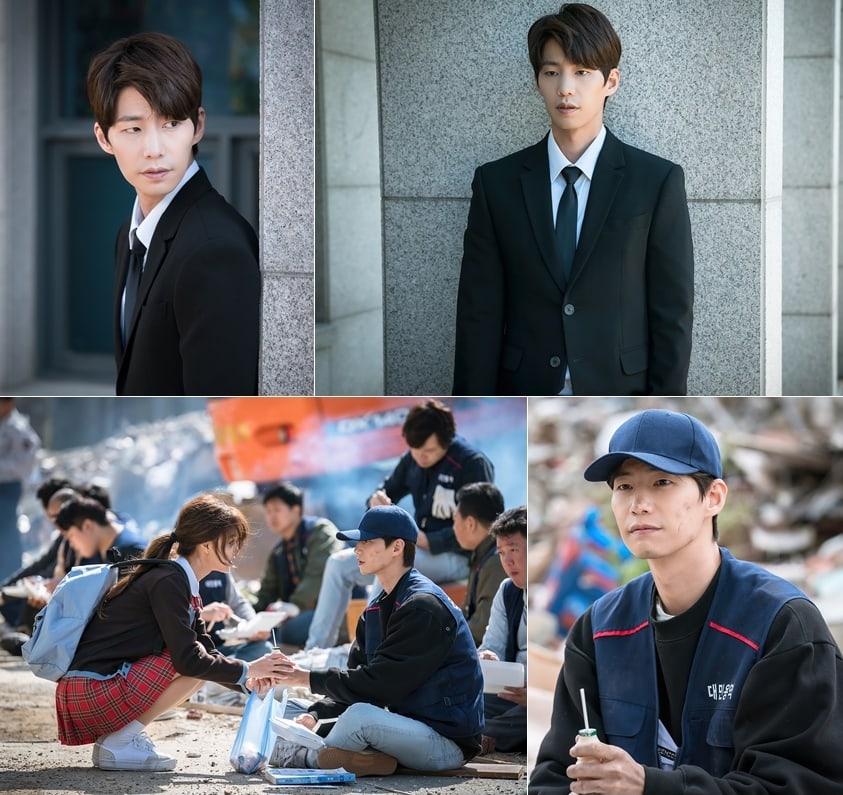 Who is Choi Goon and what is the story behind him and Gil Oh Sol? “Clean with Passion for Now” airs on Mondays and Tuesdays at 10 p.m. KST.

Song Jae Rim
Clean with Passion for Now
How does this article make you feel?