10 Times Jonghyun Made Us Smile

It’s already been one year since SHINee’s Jonghyun has been gone. It was a difficult period that shook the K-pop world, and a year later, we still can’t come to grips with what happened. He was a talented singer and songwriter, and as we remember his life, we are reminded of not only the beautiful songs he has left us with, but the laughs and good times that we shared together. Let’s take a trip down memory lane together as we celebrate Jonghyun’s life with a look at 10 of the many times Jonghyun put a smile on our faces.

1. The adorable moments he had with his (and his sister’s) dog, Roo

Jonghyun gifted Roo to his older sister because she really wanted a puppy. The story of how Roo got her name is actually hilarious. Because Roo had peed on Minho’s shirt, Jonghyun gave him the liberty of naming the dog. Minho came up with “Byul-Roo” — loosely meaning, “I’m not a fan.” The interactions Jonghyun had with Roo over countless Instagram live sessions as well as random variety shows were always so adorable to see and always put a big smile on our faces.

2. When he made a stressed fan feel better

Everything about this was Jonghyun in a nutshell. We loved how he always wanted to make other people feel better. There was also a strong sense of his ability to sympathize and nurture those who were sad. It was so sweet, and there were so many moments of this particular interaction that we could relate to.

3. The time he showed us what a natural he was at being romantic

Jonghyun was asked on the show “Hello Counselor” how he would flirt with a girl that he likes. His smooth delivery impressed the hosts as well as the audience members! What a natural.

4. Pretty much any time he showed love for his noona

It was no secret that Jonghyun and his noona were tight. He mentioned it several times on various variety shows, and he was also not shy about showing his affections towards her in public. 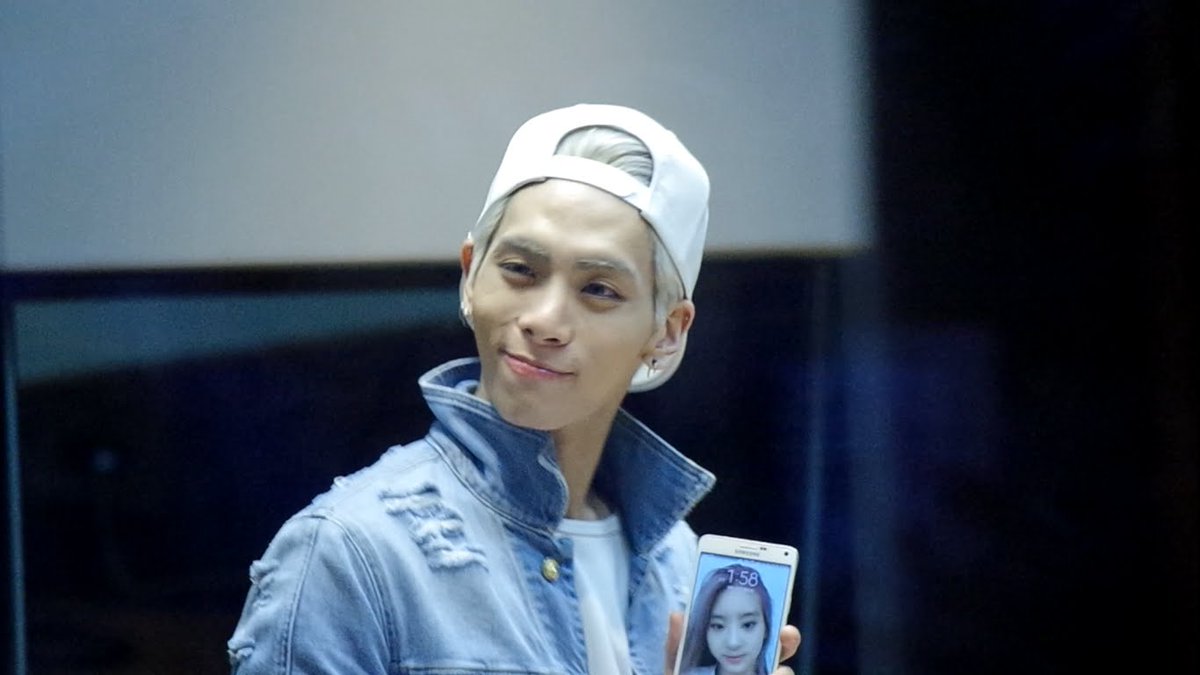 5. Whenever he cheered Taemin on

Jonghyun was always known for being Taemin’s No. 1 fan. He would always promote his solo albums and go to his concerts whenever he could. It was so adorable, and we loved how much he supported him!

6. When he got to sing with one of his idols.

Jonghyun sang Brown Eyed Soul’s “Nothing Better” numerous times throughout his career and was known to be very good at it. He mentioned that he was a big fan of Jung Yeop and was totally nervous when he finally got to sing a song with him. We knew it was a big moment for him and were just as nervous and excited as he was!

Jonghyun always liked to help others and make others feel good about themselves. He didn’t care about people’s backgrounds and was always so accepting!

It was also so hilarious and clever of him to nominate three Jonghyuns.

When Jonghyun is asked to go and run some errands for the members, what he doesn’t know is that they’re planning a surprise birthday party for him. It was heartwarming to see this, because he thought they weren’t going to do anything for him. He looked so genuinely touched!

9. When he won his first Bonsang

Jonghyun wrote all of his own music, so when he won the Bonsang at the 2016 Golden Disc Awards, we were so ecstatic. One of the most memorable parts about his acceptance speech was how genuinely nervous he was accepting the award without his group members beside him.

10. How genuine he was with each of his fans

Every time Jonghyun interacted with fans, he made sure to give them his undivided attention. He was so good at making his fans feel special. It’s an attribute that he was well-known for and that we appreciate so much.

Truly one of a kind.

Hey Soompiers, what Jonghyun moment makes you smile? Let me know in the comments below!

SHINee
Soompi Spotlight
Jonghyun
How does this article make you feel?