Contestants on MBC’s “Under 19” found out their rankings and bid farewell to some of their fellow contestants.

The performance team was up first. First place contestant Wumuti said, “I feel really weird because it feels like I’ve been acknowledged for continuing to work hard. I wanted to show many things and I’ll work harder.” 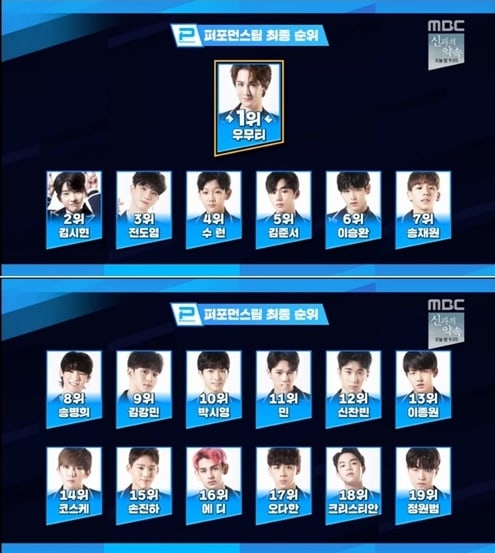 The vocal team was up next. First place contestant Jung Jinsung stated, “I’m still lacking, but thank you for loving me a lot. As much as I’m lacking, I’ll work harder to show you a good appearance.” 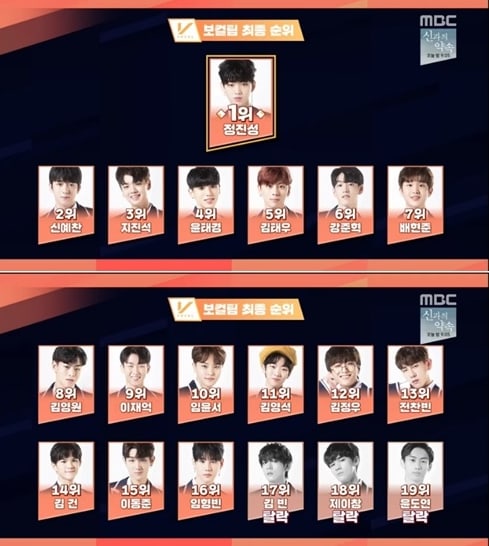 The rap team was the final group to find out their rankings. First place rap contestant Cho Soomin commented, “I didn’t imagine first place. I’m happy. The members who are in front and behind me, it’s not that we did a bad job. I hope you know that the other teams just did well. Let’s smile as we always have done.” 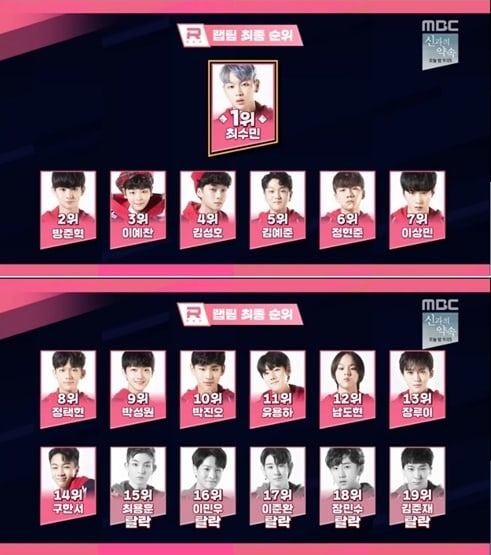 The special directors then surprised the eliminated contestants with a touching video message.

Watch an episode of “Under 19” below!