“Less Than Evil” is a remake of the hit BBC series “Luther” and is a crime drama that centers around an unstable partnership between a ruthless detective and a genius psychopath. The drama was a hit from the start, bringing in double-digit ratings from its second broadcast date and being praised for its tight storyline and film-like quality.

Shin Ha Kyun plays the role of Woo Tae Seok, a detective who will do whatever it takes to catch a criminal. Though he holds a stellar record for catching criminals, he harbors a deep pain from a murder case that took place 13 years ago.

The new stills show how determined Woo Tae Seok can be to get the job done, as he holds a hammer in his hand and charges towards the criminal to get the job done. He also shows a softer side as he carefully picks a child up and covers her with his jacket to shield her before getting her back to her parents. The two contrasting sides show that though Woo Tae Seok may seem ruthless, his actions stem from his desire to protect people. 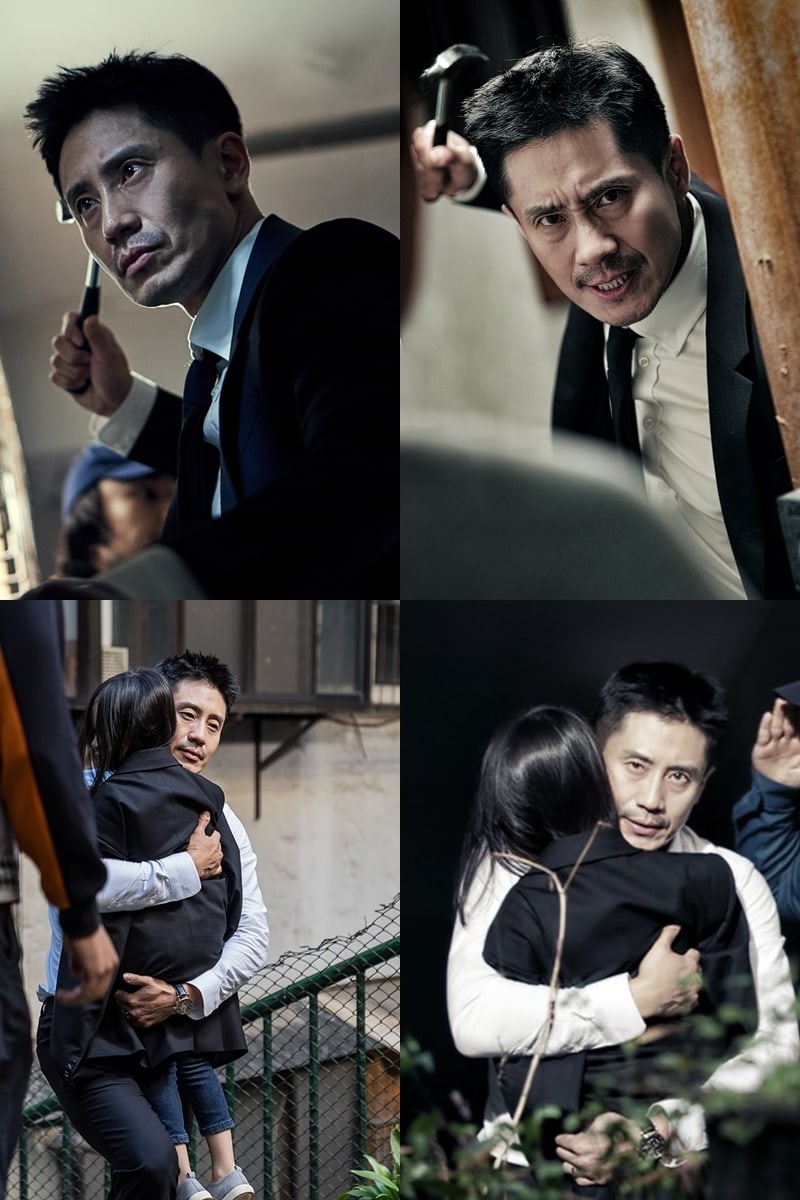 “Less Than Evil” airs every Monday and Tuesday at 10 p.m. KST. Catch up with the latest episode below!