Things are getting even more complicated and tense for the characters of SBS’s drama “The Last Empress.”

SBS’s Wednesday-Thursday drama “The Last Empress” is set in an alternate universe where Korea has a constitutional monarchy. The drama has been enjoying a rise in viewership ratings, recording its personal best with its latest episode and scoring double-digit ratings.

The new stills show Seo Kang Hee on her knees handing documents to Oh Sunny, who looks a little shellshocked. The situation is completely different from before as Oh Sunny sits with a ferocious glint in her eye while Seo Kang Hee has her head down and is stating her case with desperation in her voice. It will be interesting to see what has led the two to this point and what kind of conversation they share. 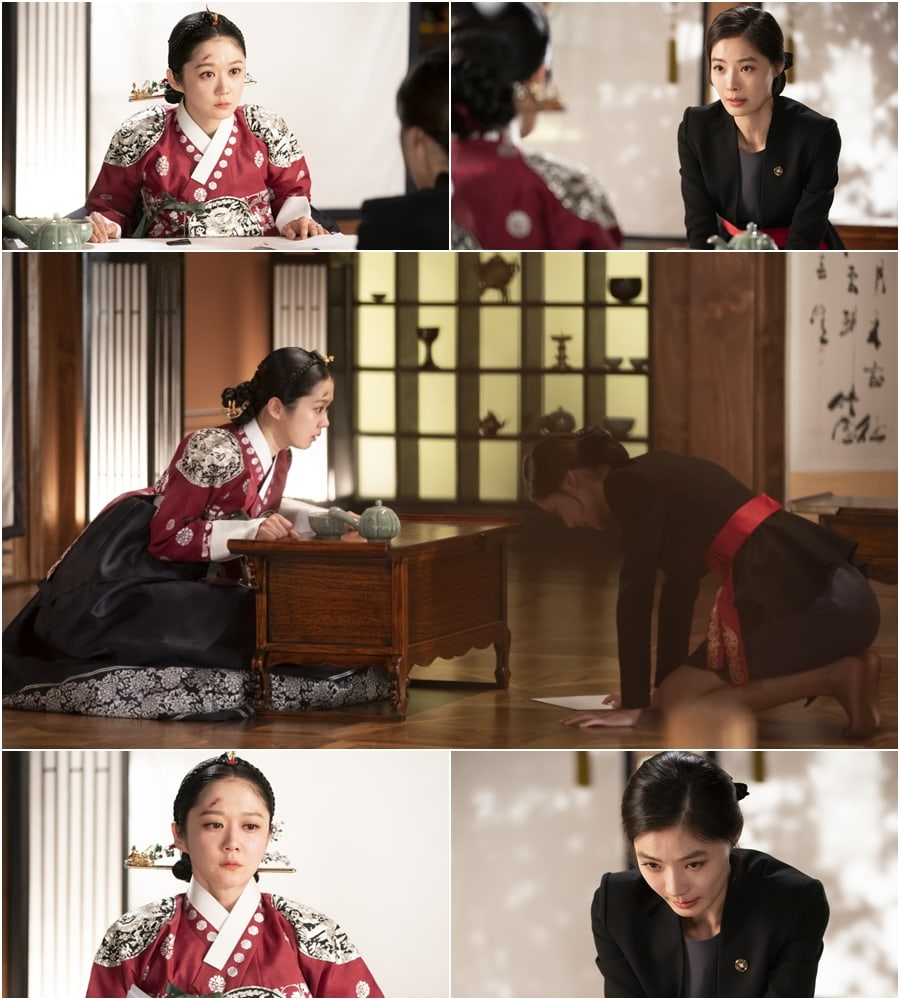 The production staff stated, “In the last episode, the truth behind Princess Ari and Seo Kang Hee was revealed, opening the doors of more conflict to come. Please keep watching to see how Empress Oh Sunny begins to fight through the hardships that keep coming her way, and what result their conversation will bring.”

“The Last Empress” airs every Wednesday and Thursday at 10 p.m. KST and is also available on Viki. Watch the latest episode below!

Jang Nara
Yoon So Yi
The Last Empress
How does this article make you feel?