In Defense Of The Mullet: 11 Idols Who Prove That This Hairstyle Is A Blessing To K-Pop

Ahh, the mullet: everyone’s favorite hairstyle to love to hate. This short-to-long haircut is known popularly as “business in the front, party in the back” — but fans are rarely in the mood to party when they spot a mullet on their favorite K-pop idol. This hairdo gets a bad rap, and not without reason: an ill-conceived mullet can make even the handsomest of idols look hazardously unkempt (sorry, Park Kyung) or oddly prissy (we still love you, Minho): 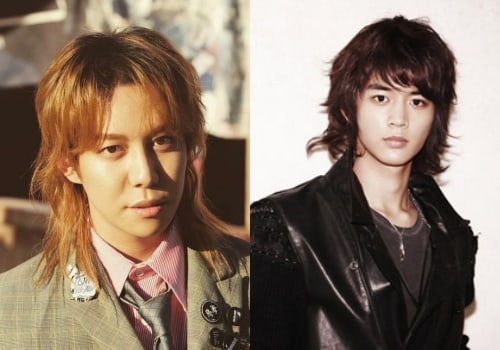 But the mullet has made a comeback in recent years, and there are several reasons for its revival: the resurgence of retro fashion, the trend towards increasingly outlandish styles… and, shockingly, the newly-discovered fact that mullets can actually look good. Yes, my friends, we have now entered a new era of mullets: one in which they are more subtle and less scruffy; chic rather than cringey; and honestly, downright attractive.

When done right, the mullet is a framer of faces, a shaper of jawlines, and a champion of chillness. Certain mullets deserve our respect and adoration, and I am going to provide cold, hard evidence — in the form of beautiful pictures of our favorite K-pop idols — to prove it. Let’s begin.

There’s no better place to start than with K-pop’s fashion king himself. G-Dragon is known for his ability to rock any look, so it’s no surprise that he is a prime example of the mullet’s versatility. GD’s mullet has gone through many iterations over the years, from soft and angelic to edgy and bold. Here are a few of our faves: 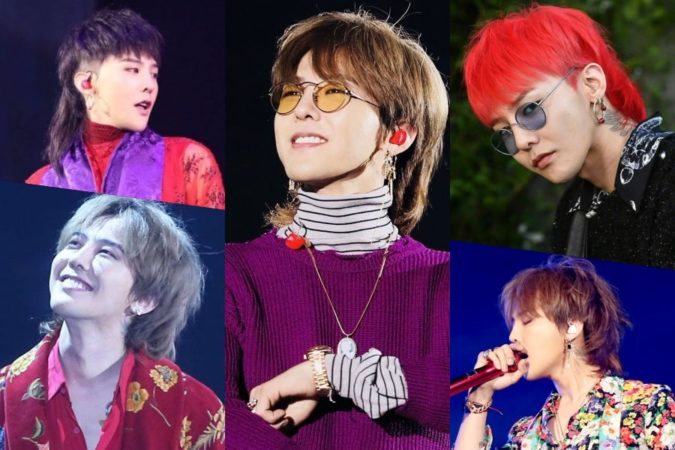 And one of our least faves, because I’m sorry GD but there’s not a lot of party and a whole lot of WTF in the back of this stringy mullet: 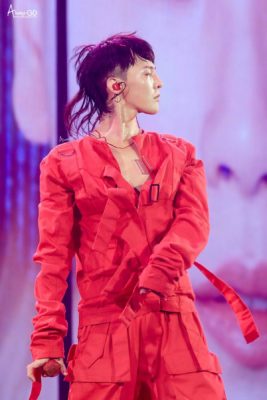 When EXO began teasing for “THE WAR,” fans were taken aback when they first saw Baekhyun sporting a mullet. But let’s be honest, there’s a lot to love about this ‘do: the sweeping bangs are gorgeously flirty, and the long red streaks give a sexy, untamed vibe to the vocalist’s look. Baekhyun’s mullet ko-ko-killed it, and was undeniably one of the most iconic K-pop looks of Summer 2017.

A bold hairstyle or a bright color alone would be enough for most idols, but Jongup dared to go where few have ventured with this two-toned, turquoise-tipped mullet. The result is a stunning mane of silvery locks that makes the singer look utterly godlike. Habaek, is that you? 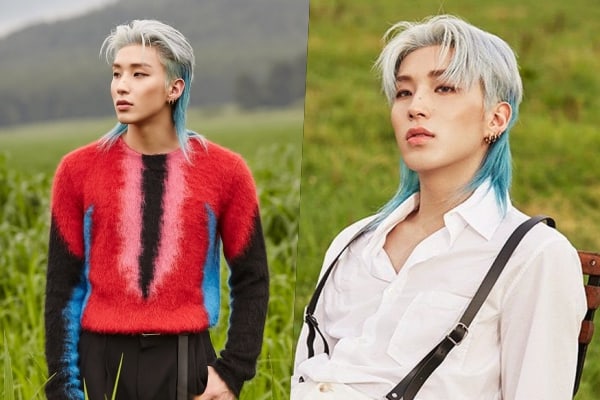 Twice the mullets, twice the fun, right? Jongup was not the only B.A.P member to sport this hairstyle for the group’s “Honeymoon” comeback, as Himchan followed suit with a more subtle take on the look. Himchan’s mullet truly offers the best of both worlds: short, textured bangs accentuate his brow line, while the back of his hair gives him that old-school rugged sexiness that we can’t help but love. 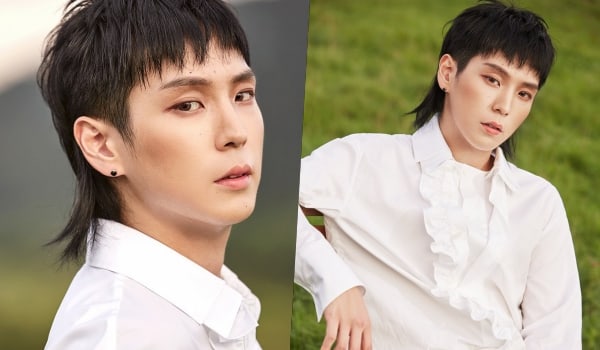 5. The sophisticated mullet: SEVENTEEN’s The8

If you still think that mullets are better suited for washed up rockstars from the ’80s, then think again, because The8 has revolutionized the hairstyle with his use of different of colors, textures, and accessories. The SEVENTEEN member’s cut is so sleek that we can’t tell where the business stops and the party starts, allowing him to transition easily from nerd-chic to subtle bad boy to boyfriend look. Who knew the mullet could have so many different nuances? 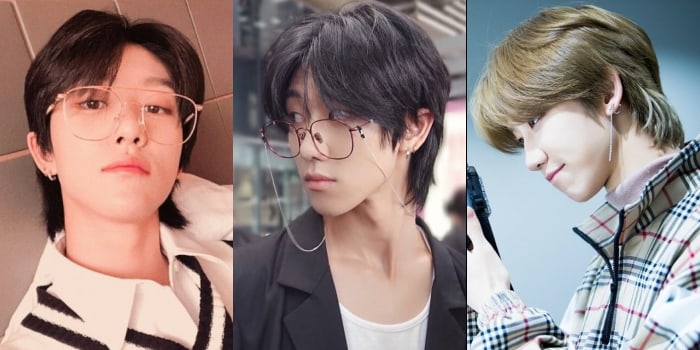 Chen gave the mullet a unique makeover for “Tempo,” braiding the back portion of his locks to add a boho flair to the look. The braids hint at a free-spirited, wild streak, while Chen’s blunt bangs are no-nonsense: we definitely don’t want to mess with his tempo.

V has kept his mullet on the soft and subtle side, for a boy next door look with a flirtatious edge. His long bangs add a mysterious aura to the style; a perfect complement to the alluring “Singularity” music video in which he originally sported this haircut. We’re also deeply impressed with the amount of volume on this one — that ruffled look gives off an undeniable boyish charm. 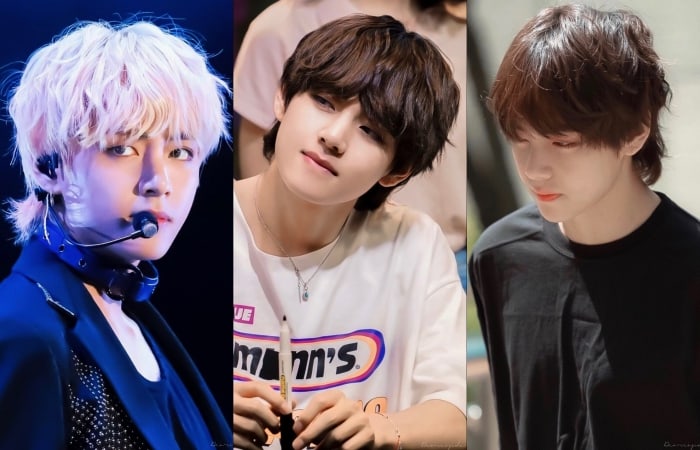 Subtle, sleek, and a little disheveled, JB’s mullet exudes a laissez faire vibe that offers maximum chillness. Did he cut those choppy bangs himself? Did he even brush his hair this morning? It doesn’t matter; JB is cooler than us all without even having to try, and he has the mullet to prove it.

Is that a halo, or a hairstyle? Taeyong’s mullet is the perfect complement to his legendary visuals, caressing his neck with its wispy texture and framing his face with ethereal hues. 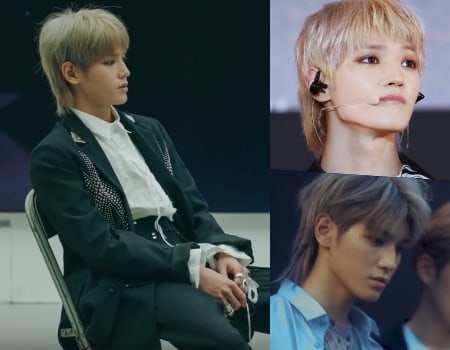 We also didn’t fully appreciate the “business” aspect of the mullet until we saw Taeyong in NCT 127’s “Irregular Office” teaser, because nothing says “boss” like this mullet: 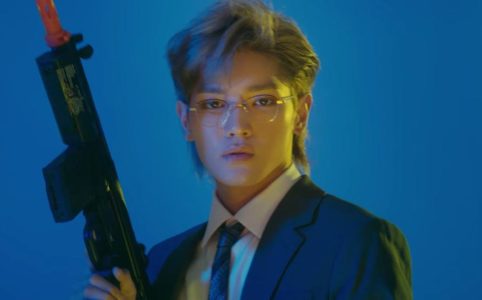 From its outrageous color to its unkempt cut, Mino’s mullet should, by all accounts, be a fashion faux pas. Yet somehow, the WINNER rapper manages to pull this one off. This glowing ball of emerald fluff straddles the boundary between heinous and cool, but when it’s paired with Mino’s stage presence, we’re strangely crazy about it. 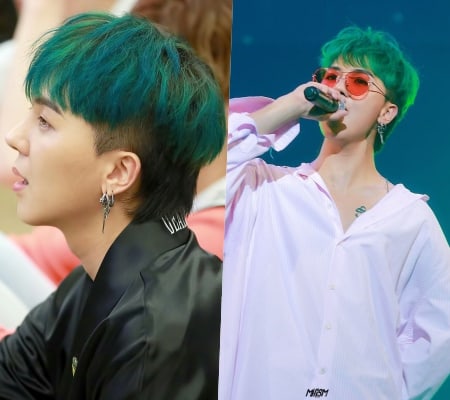 A cousin of V’s subtle mullet, the hairstyle on former JBJ member Kwon Hyunbin exudes a natural, soft feeling that we absolutely adore, especially with his bangs swept aside. Hyunbin is proof that the mullet’s business/party duality can be tamed into a more all-around casual look. What’s not to love? 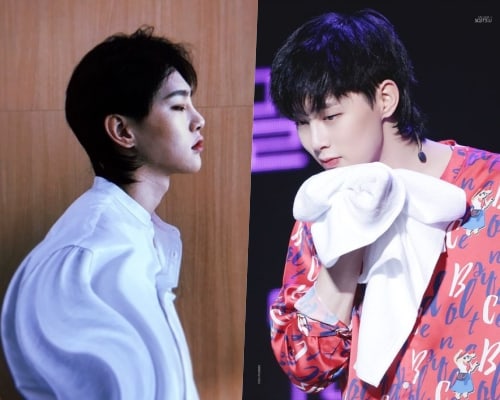 The mullet remains a controversial style for a reason, and not every idol has pulled it off as magnificently as the above 11. We would be remiss in not mentioning the idols that have taken noteworthy steps on their mullet journeys, but have yet to completely cultivate their mullets into the shining manes of glory that they have the potential to become. But with a little change of color or slightly different styling, we have faith that these idols, too, will become pioneers of this distinguished ‘do: 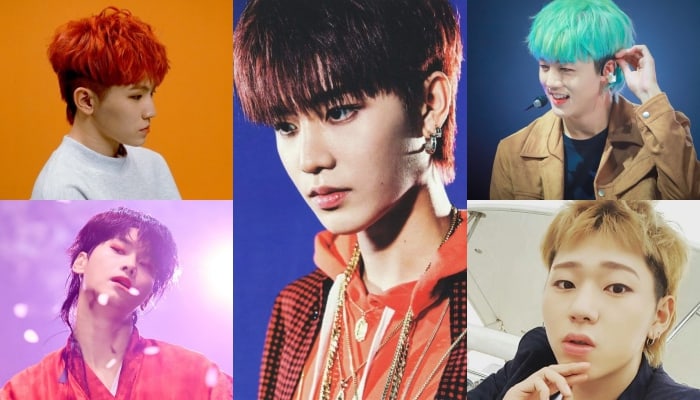 Hey Soompiers, do you now believe in the power of the mullet? Or are you still unconvinced? Which K-pop idol pulls one off the best? Share your opinions in the comments!