On the December 9 episode of KBS 2TV’s “The Return of Superman,” Lee Dong Gook tried to learn the newest slang words with the help of SHINee’s Key.

During the episode, Lee Dong Gook talked with his oldest daughter Jae Ah on the phone via video call. During their conversation, Jae Ah used a slang word to say, “I’m so tired that I just ‘got hit with reality,'” but Lee Dong Gook became flustered when he didn’t understand the word she had used.

In his interview, he said, “I was worried that I might end up growing apart from my kids [if I didn’t keep up with their slang]. I talked to [SHINee’s] Minho, and he said that I could learn a lot from this person, so I invited him.” 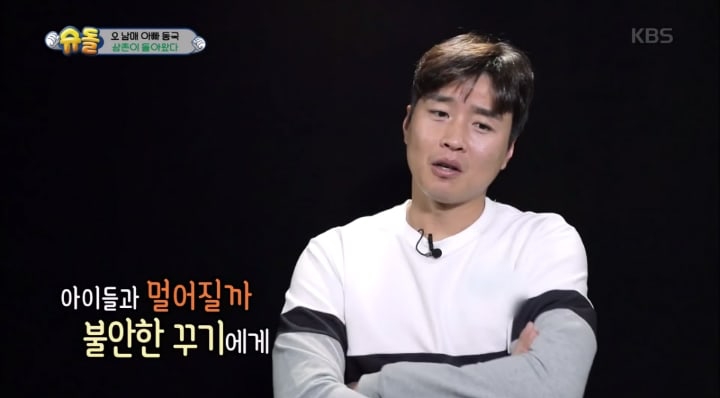 The surprise guest recommended by Minho turned out to be his fellow SHINee member Key! Key introduced himself as Minho’s friend, and the kids became shy in front of him.

Lee Dong Gook told the singer, “My oldest kids are in fifth grade, and they keep speaking in abbreviated words that I don’t understand.” Key replied, “Oh, so you’re a bit weak in ‘in-ssa‘ (slang for insider) lingo.” When Lee Dong Gook seemed puzzled, the SHINee member asked, “Do you know the word outsider? It’s the opposite. People call people who are ahead of the trend ‘insiders.'”

Lee Dong Gook proceeded to ask Key about the slang word that Jae Ah had used, as well as some other words he had heard such as “deng-deng” (a slang word for puppy). Key wrote the word out on a piece of paper for Lee Dong Wook and explained how the slang word came to be. 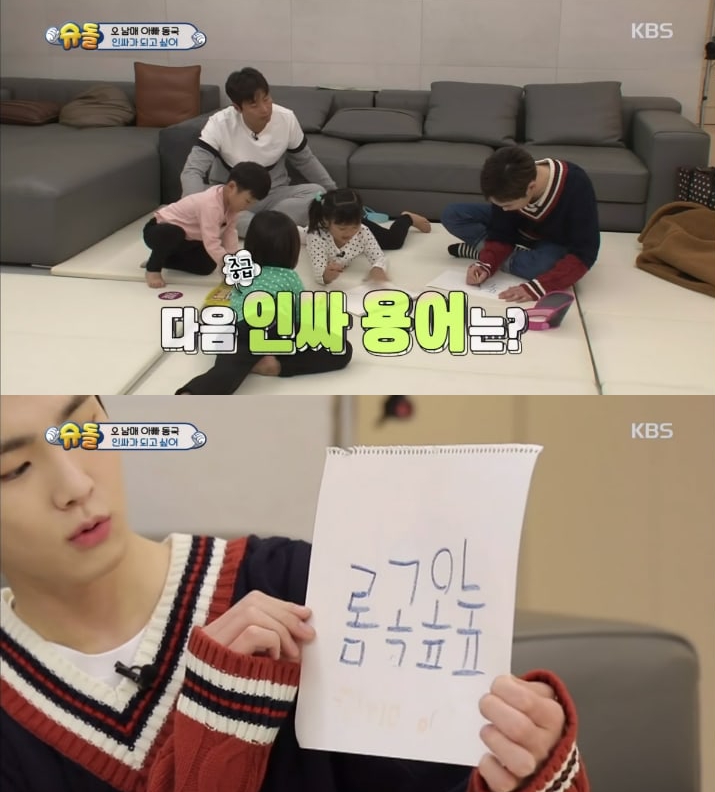 In addition to teaching Lee Dong Gook more slang words and occasionally bursting into laughter at his comments, Key also spent some time playing with the kids.

SHINee
Lee Dong Gook
The Return of Superman
Key
How does this article make you feel?