Son Ye Jin spoke about her career and past works on SBS’s “Master in the House.”

On December 9, the cast enjoyed a barbecue dinner with the actress.

Son Ye Jin said, “I filmed about 30 films. There are many times when I just want to rest. So I think to myself, ‘When this project ends, I’m going to rest no matter what.’ But I end up looking at scripts again.”

She continued, “I feel like I shouldn’t let this one pass me by. I think I have a lot of passion and ambitions. That’s how 20 years passed by.”

Lee Seung Gi said, “Didn’t you receive the Best Lead Actress Award at the Blue Dragon Awards for the 2008 film ‘My Wife Got Married?’ Weren’t you young at the time?” Son Ye Jin replied, “I was 27 years old.” 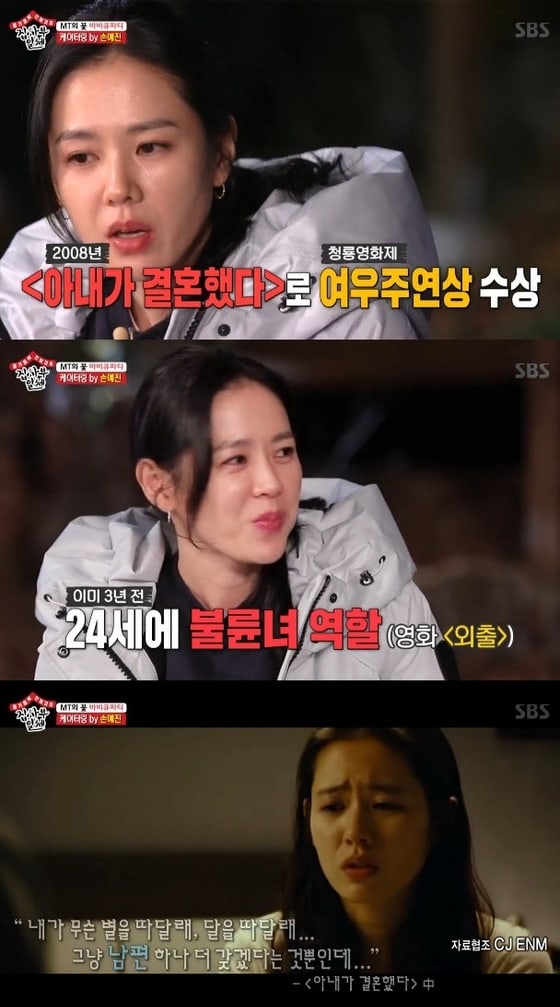 When BTOB’s Yook Sungjae commented, “That must’ve been a really big challenge,” she said, “Now that I look back at it, I didn’t think that it was a huge challenge. I don’t think I had any fears about how to portray something I was unfamiliar with.”

Expressing his admiration for the actress, Lee Sang Yoon added, “In my most recent drama [“About Time“], there was a scene where I parodied a scene from ‘My Wife Got Married.'”

Watch this episode below!

Son Ye Jin
Master in the House
How does this article make you feel?