As the director of D.O.’s latest film “Swing Kids,” Kang Hyung Chul spoke incredibly highly of the idol-turned-actor and his acting skills.

“I didn’t know much about the actor Do Kyung Soo [D.O.’s given name] [before working with him],” he commented. “To be honest, rather than casting actors after seeing their previous works, I usually place more importance on how I feel about them when I meet them in person.”

However, he reported, “I watched the web drama ‘Be Positive,’ and Kyung Soo acted shamelessly well in it. His diction was great, and I thought that he was a kid who had the basics down pat.”

“Swing Kids” is a film that takes place in 1951, during the Korean War. D.O. stars as Roh Ki Soo, a rebellious North Korean soldier that falls in love with tap dancing and ends up joining a motley dance crew at a prisoner-of-war camp.

Kang Hyung Chul recalled, “I wanted Roh Ki Soo to be immature. If you think about it, he was dragged off to the Geoje prisoner-of-war camp at the age of a high school student.” He went on to share that he considered D.O. a perfect fit for the character, explaining, “I thought that it would be great if one person could have both the immaturity of a boy and the sincerity of a young man, and D.O. was exactly like that. He really is. He looks like a young boy, but when you talk to him, he’s actually very mature.”

The director then mentioned that D.O.’s acting specifically reminded him of Cha Tae Hyun.

“An actor being able to make his lines his own is a truly extraordinary thing,” he said. “It was something that I was surprised by when working with Cha Tae Hyun on ‘Scandal Makers.’ He was definitely reciting his lines as written, without getting so much as a single word wrong, and yet everything he said sounded like he was improvising it on the spot.”

“He was making [the lines] his own as he spat them out, and it was amazing,” he recalled. “And Do Kyung Soo was doing the exact same thing.” 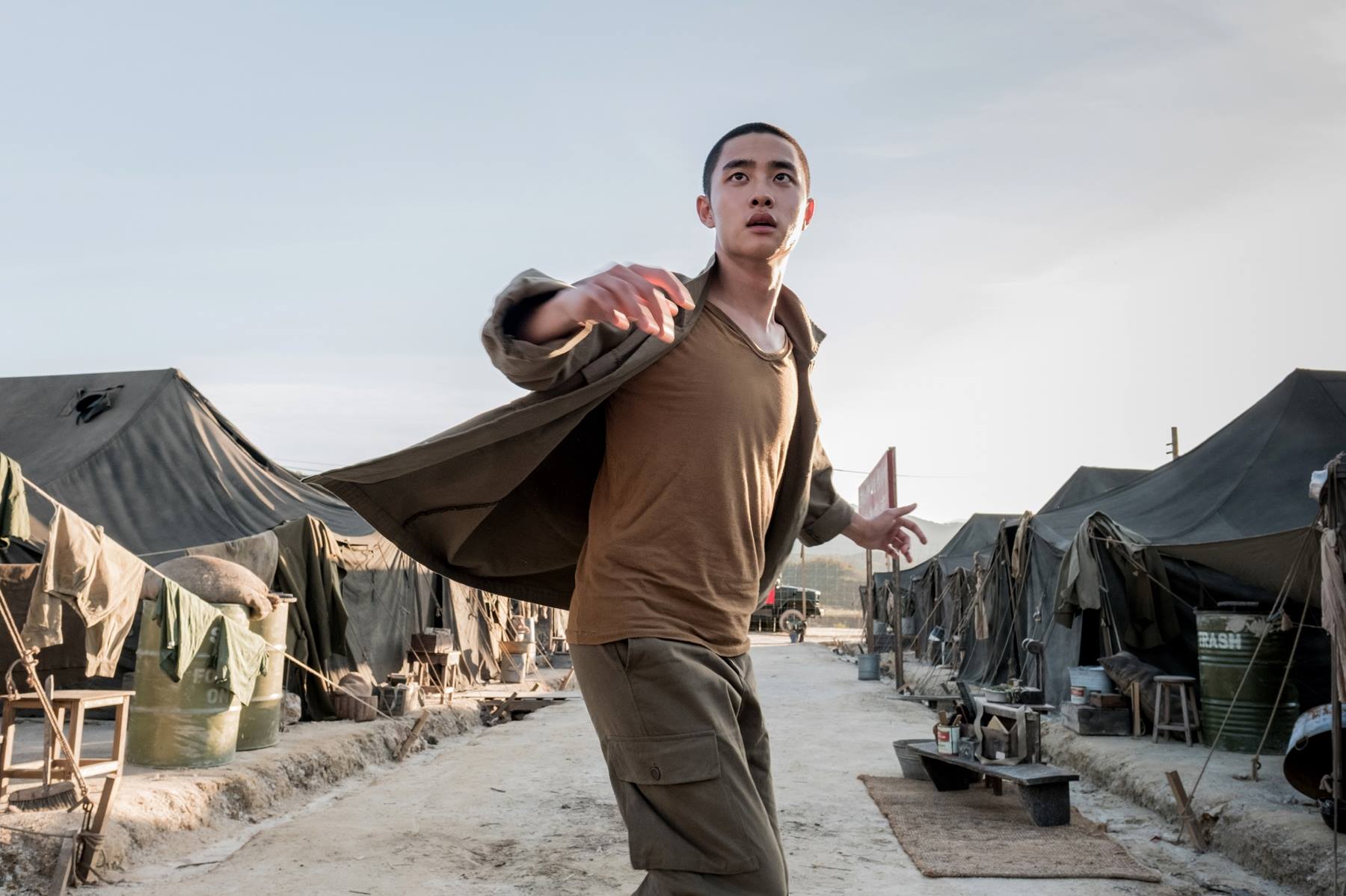 “When you think about why it becomes an issue when an idol goes into acting, it’s because there have been cases in this industry where people have cast idols regardless of their acting skills,” he remarked. “There was a time when there were many cases of these kinds of business tactics by people who were only interested in financial performance, and the general public still has a preconception [of idol actors] based on that time.”

“However, everyone in the industry now realizes that that kind of casting is actually a huge impediment [to a project’s performance],” he went on. “I myself am firmly against casting idols as a business tactic. However, I don’t think there’s anything wrong with a talented individual acting [even if he’s an idol].”

“On the contrary, idols have been through rigorous physical training, so they actually have many strengths,” the director continued. “It turns out that there are many talented kids in the idol sphere. If someone is right for the role, then there’s no need to worry just because that person started out as a singer.”