On the December 9 episode of tvN’s “Amor Fati,” Lee Chung Ah mentioned her late mother who passed away from Parkinson’s Disease.

Lee Seung Chul, the actress’s father who is also an actor, revealed, “It’s been four years since I’ve been alone. My wife had suffered from Parkinson’s Disease. I took care of her for about four to five years at home. I would feed her lunch, take her for walks, and bathe her. Later on, there was nothing I could do for her at home, so she was in the hospital for about two years.”

In the studio, Lee Chung Ah talked about how her father dealt with her mother’s declining health. She shared, “My father still looks at my mother’s picture and misses her. When she was in the hospital, her nursing journal was stamped with my father’s seal every day. He would see her before work and then come see her afterwards. I saw that and cried a lot. The last thing my mother told me before she passed away was to find a good partner for my father.”

Then she added, “I think this program is a gift from my mother so that my father and I can make interesting memories.” 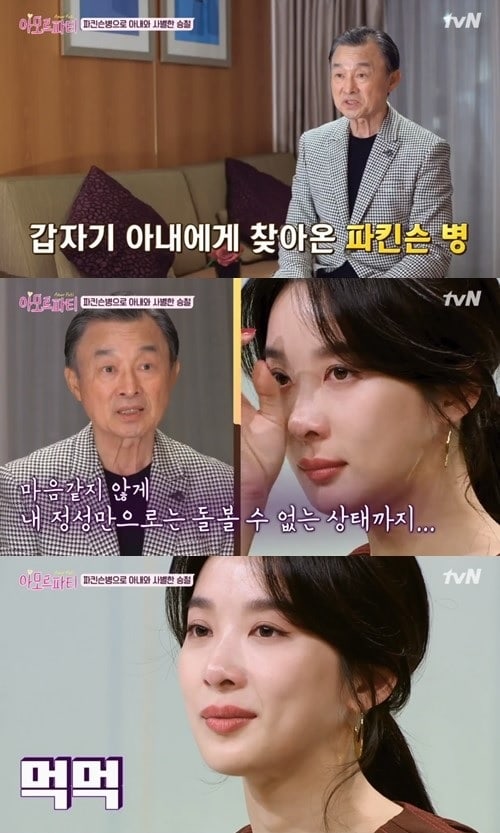 “Amor Fati” is a new program where the single parents of celebrities go on a trip to regain their youth.

Lee Chung Ah
Amor Fati
How does this article make you feel?