With just hours left until the release, another music video teaser has been revealed for WINNER’s “Millions”!

WINNER has shared a new poster on their comeback day! Their new single “Millions” and its music video will be out at 6 p.m. KST. 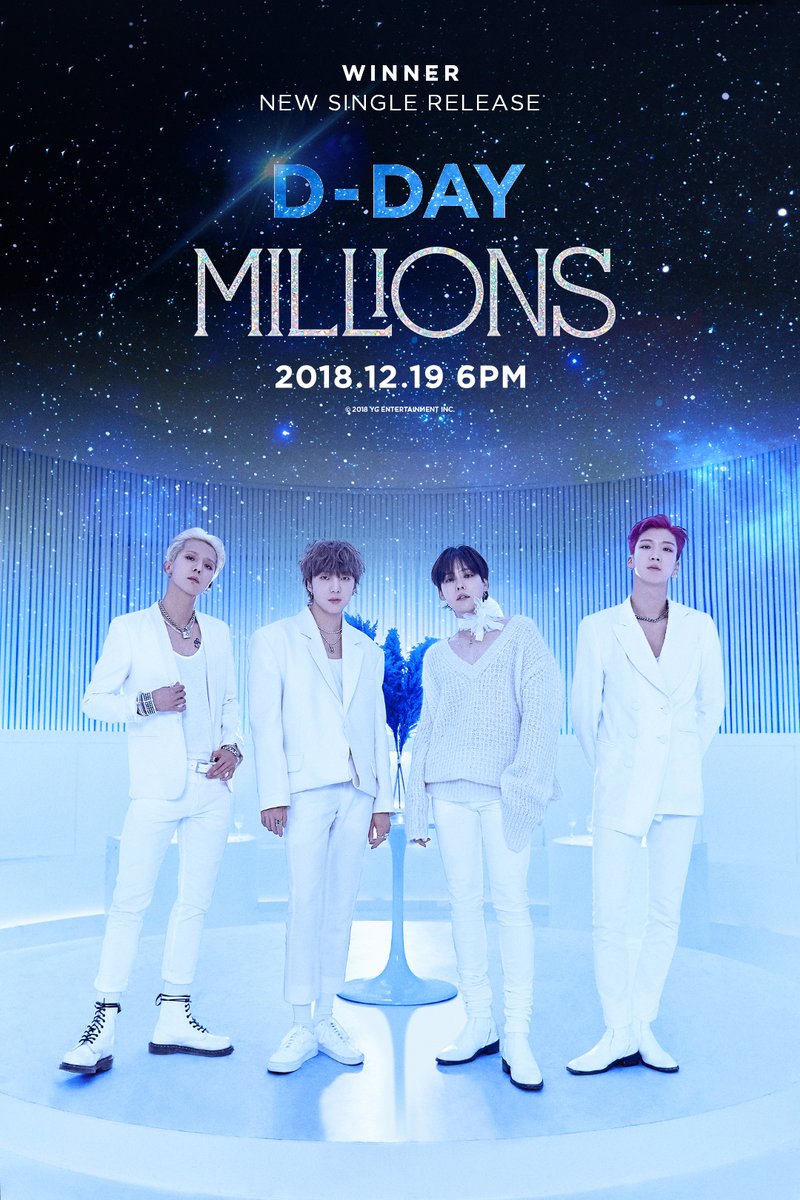 WINNER is raising anticipation for their upcoming single “Millions” with the release of a teaser video!

Both WINNER and YG Family’s official Twitter accounts tweeted versions of the poster, which reads “D-1” to mark the day before the new single “Millions” is scheduled for release.

The WINNER Twitter account wrote in the caption, “Knock knock, I want to see #Millions. They say that Millions, which will fill the hearts of Inner Circles with love this winter, is right outside Inner Circles’ houses.” 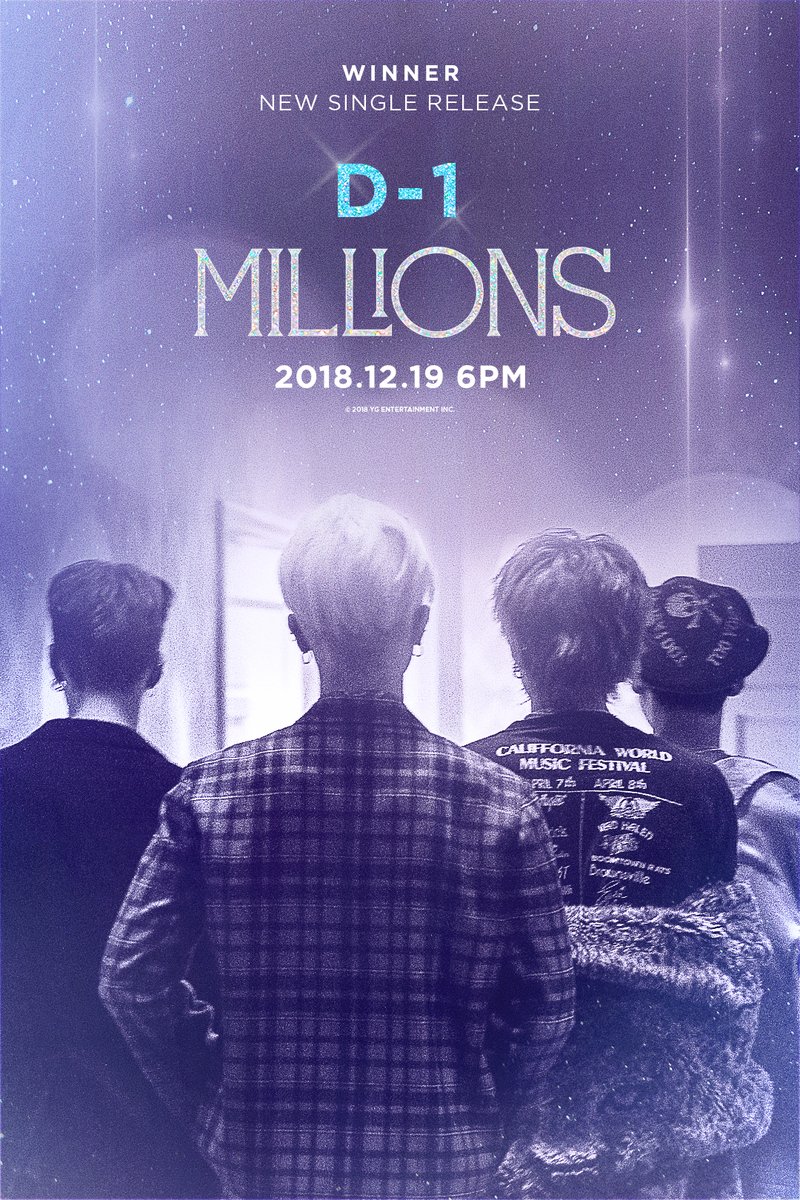 YG Entertainment’s Yang Hyun Suk has shared a sneak peek of what the music video for WINNER’s upcoming comeback will be like!

He shared the snippet on his Instagram account with the caption, “Not sure if it’s okay for me to upload this, but this is my coup d’état for ICs.” Check out the teaser below and let us know if you’re loving what you see!

Individual teaser posters have been released for WINNER’s upcoming single! 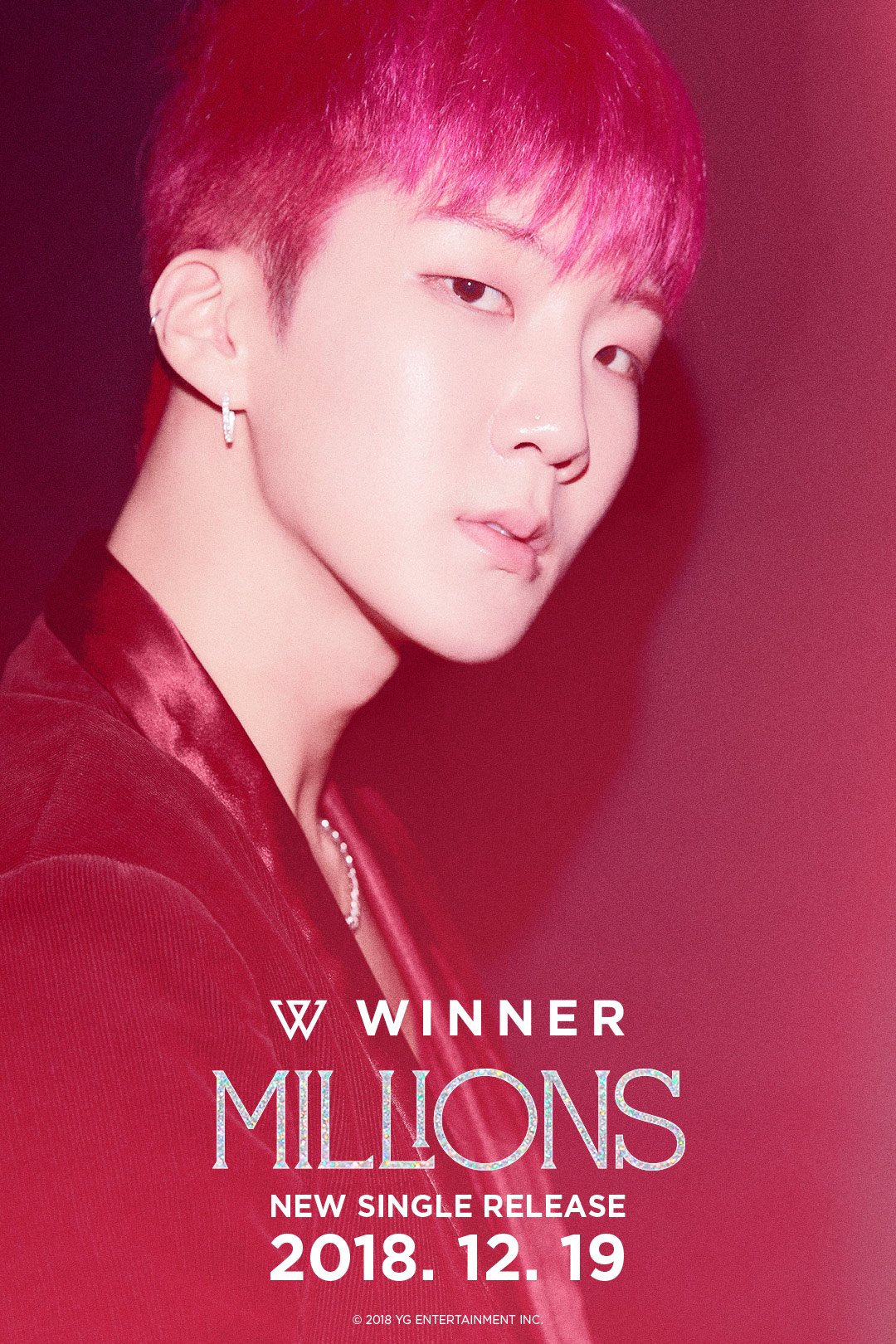 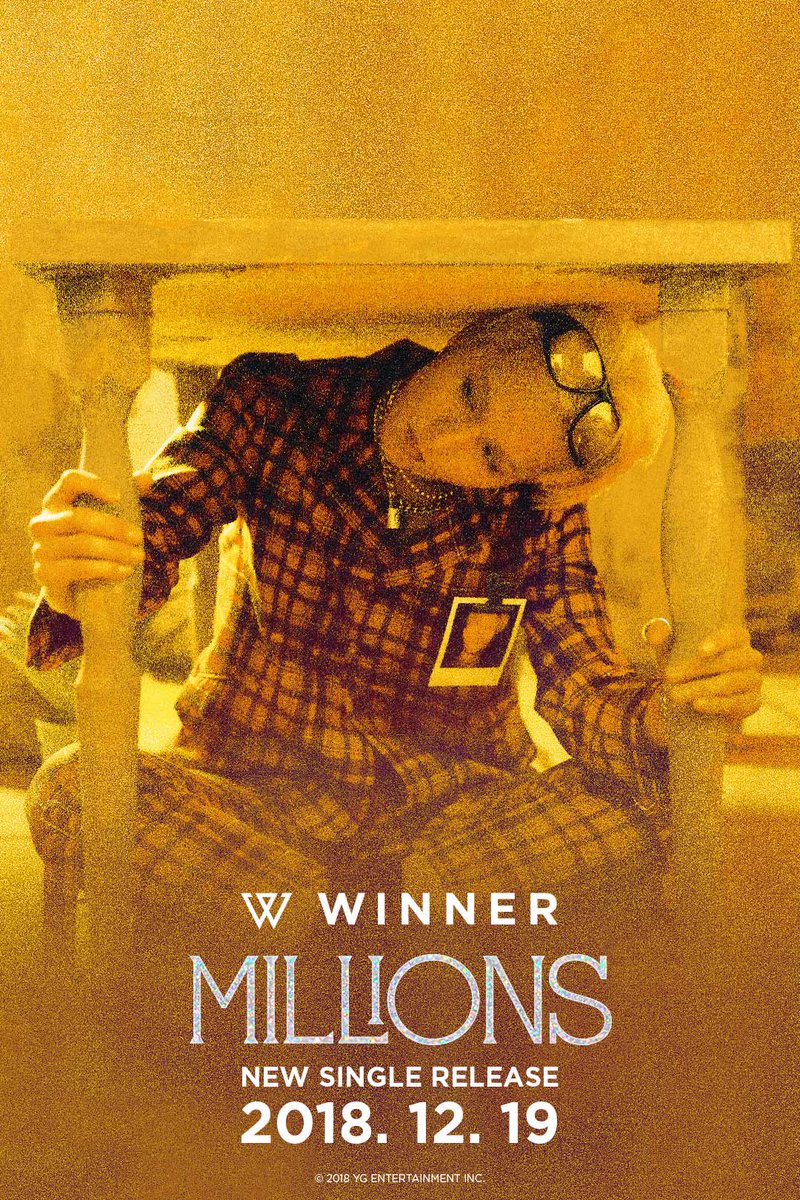 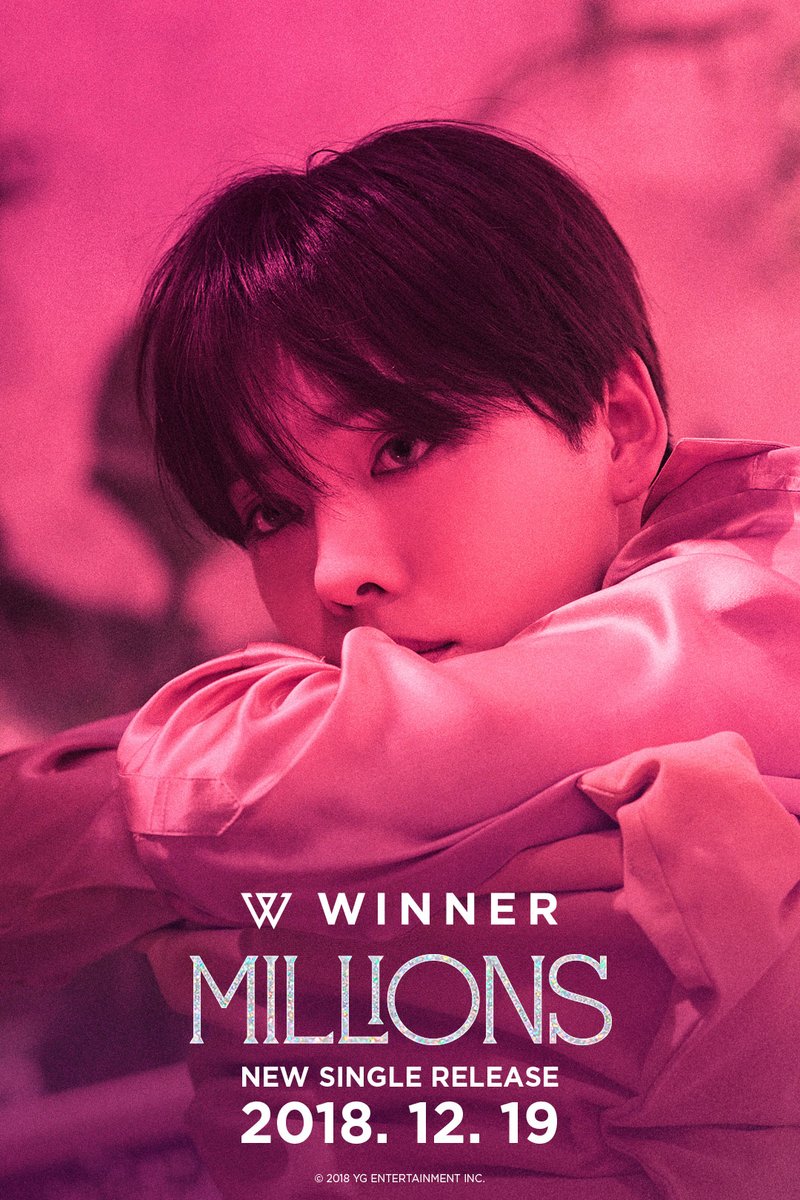 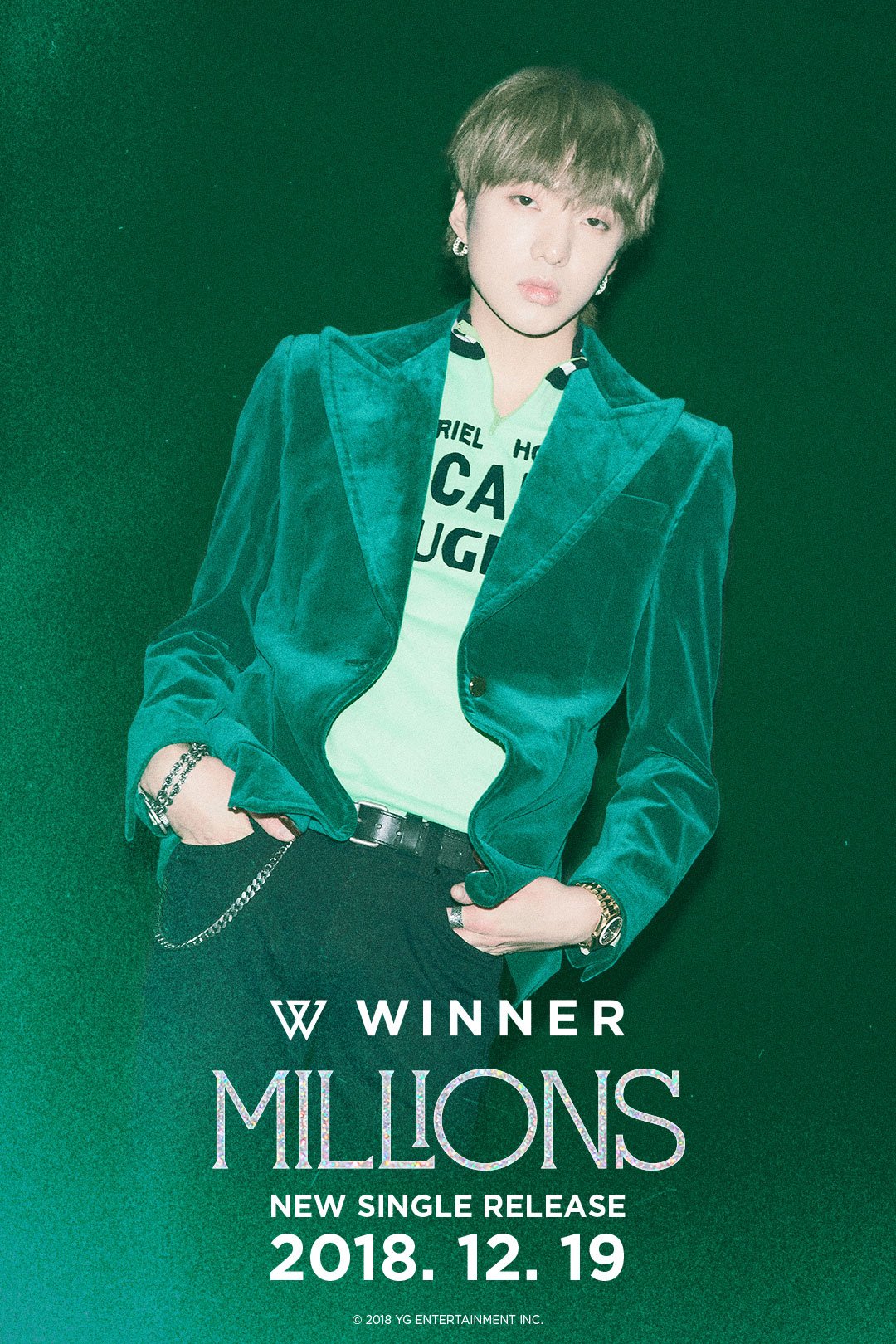 Ahead of the release, the group will also hold a countdown live broadcast called “Merry Millions Day” on December 19 at 5 p.m. KST. 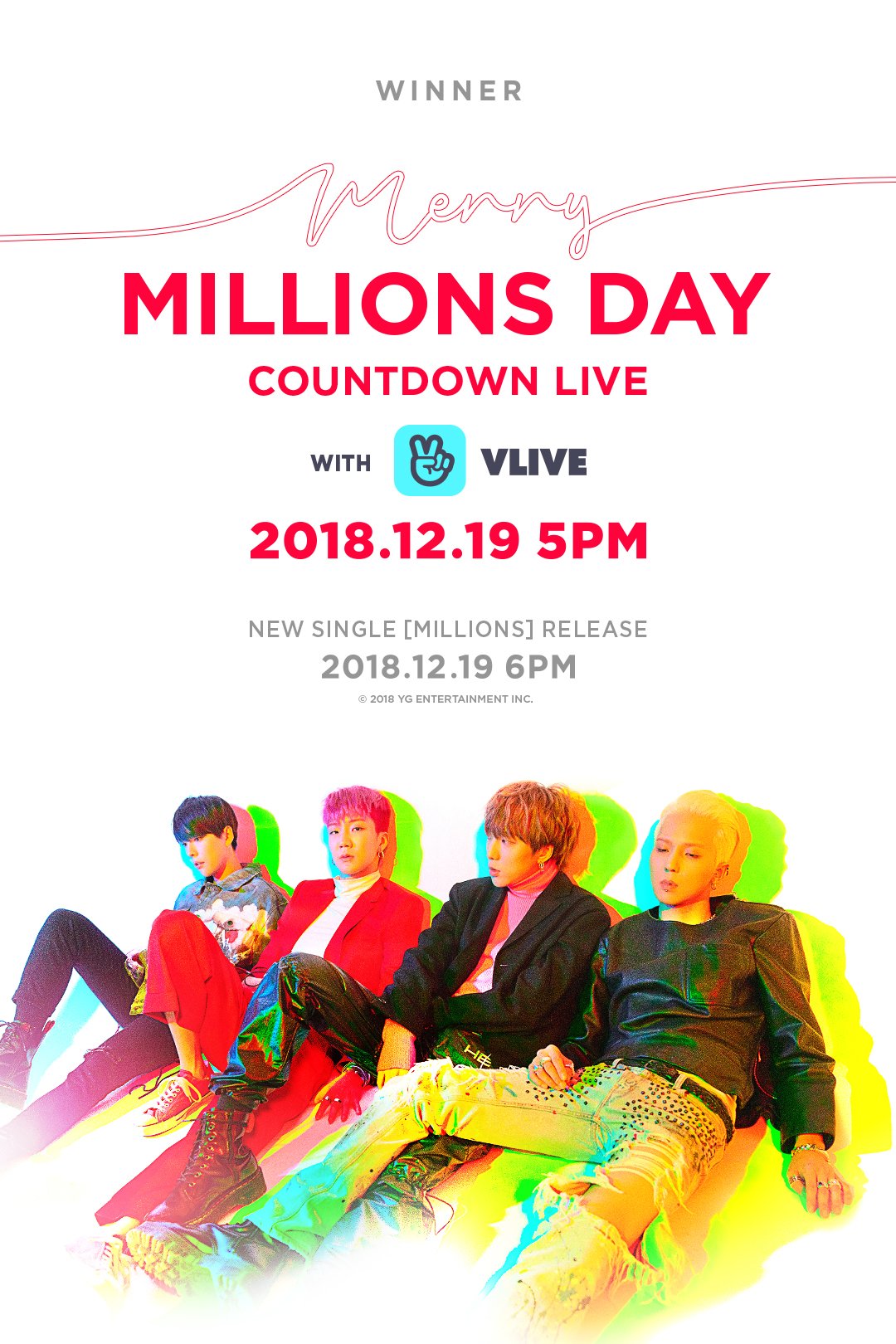 A second moving poster has been unveiled for WINNER’s upcoming single!

WINNER has dropped their first moving poster for their upcoming single “Millions.”

WINNER has revealed new details about their single!

One of the lyrics from the song include “Everyone has a right and reason to receive millions of types of love.”

Kang Seung Yoon shared, “I like it because you can enjoy it with sweetness and excitement or with heart-fluttering feelings. I hope many people can feel fluttering and hope as they enjoy the happy song which will warm them during the cold end of the year.” 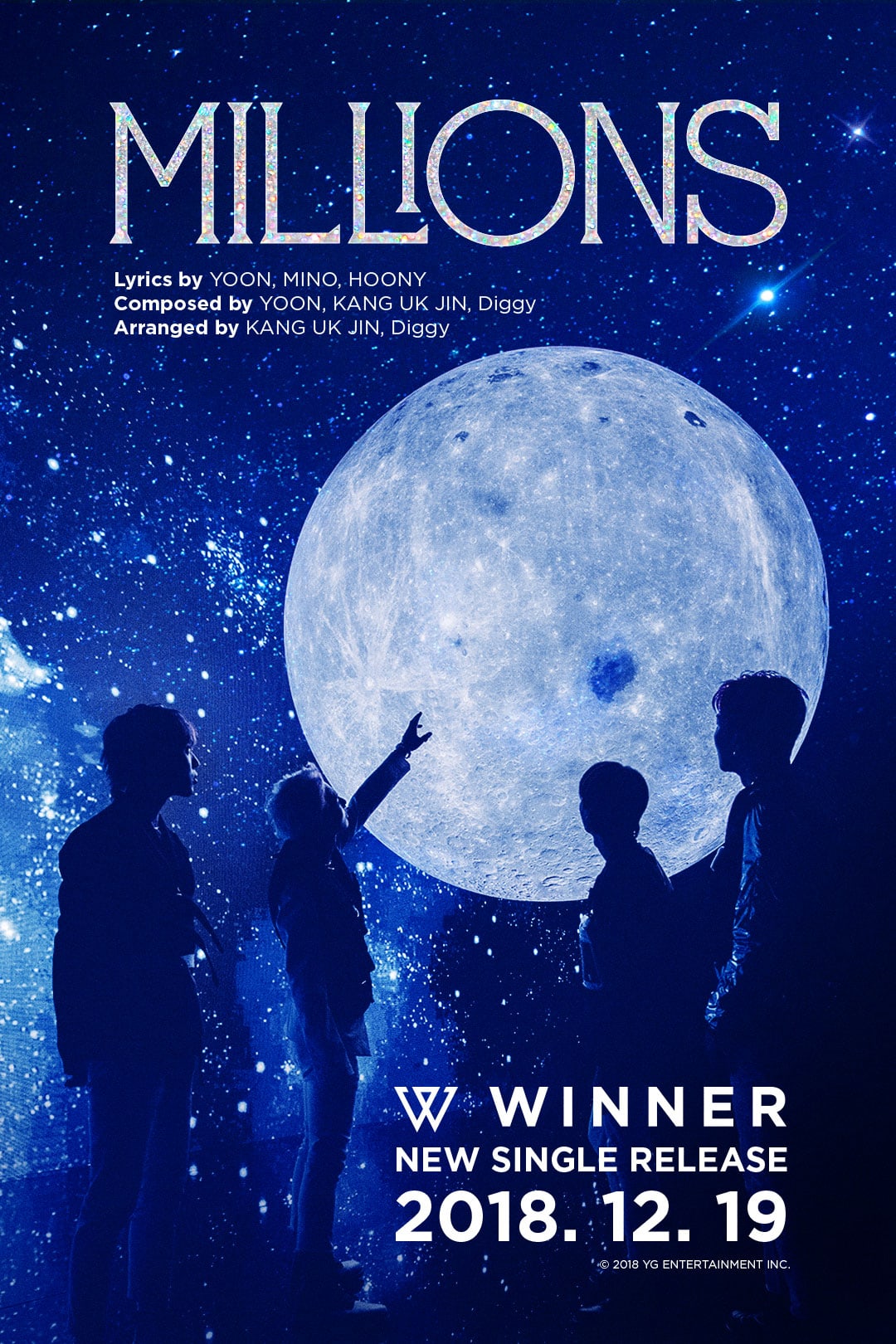 A new teaser has been unveiled for WINNER’s upcoming single release!

The image confirms that the release date of the single is December 19. 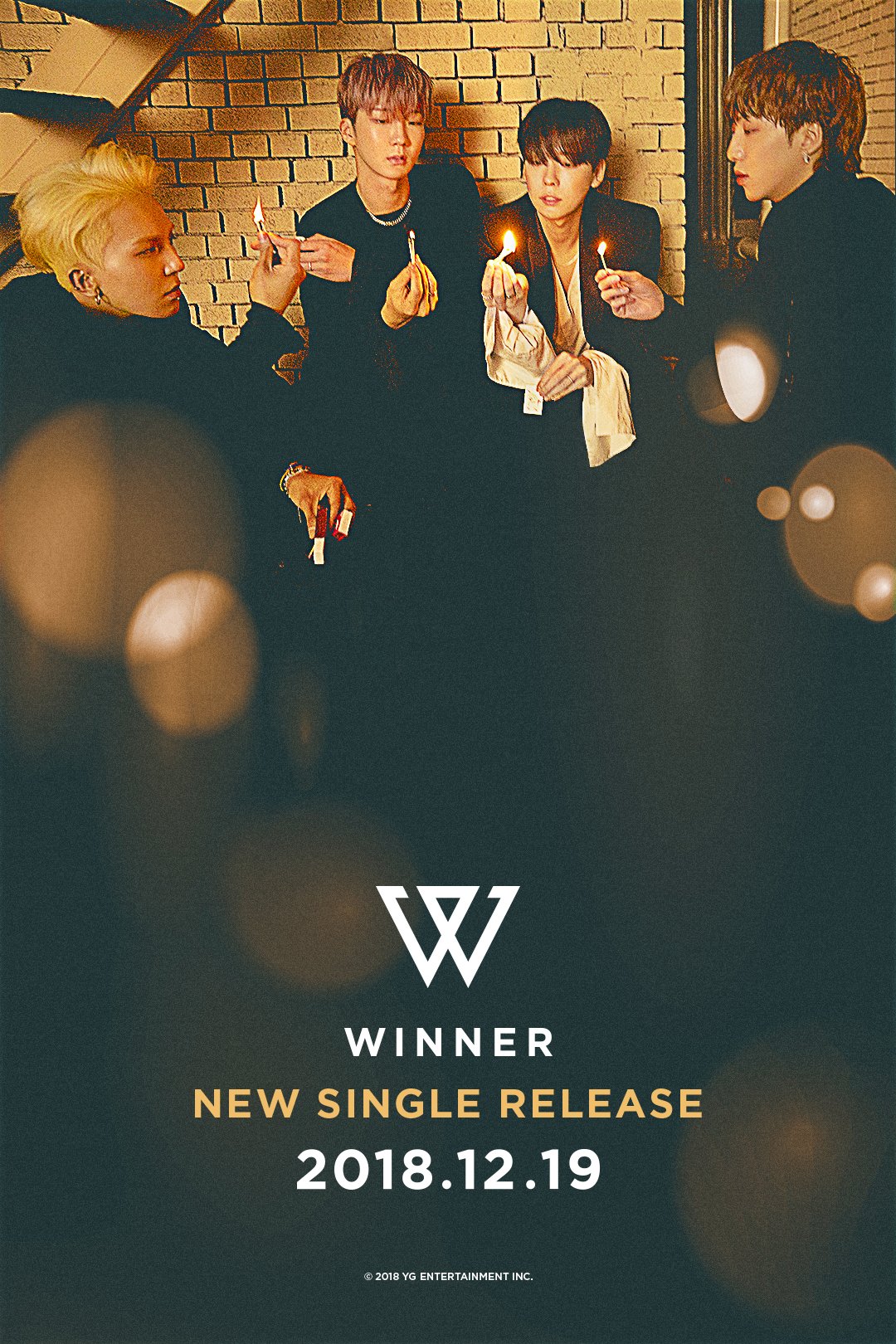 WINNER has revealed a precursory look at their upcoming comeback!

On December 11, a teaser of the group along with the words “Coming Soon” was released.

Yang Hyun Suk recently stated that WINNER will be releasing a new single within the month, ahead of their now postponed third full-length album. The album will instead be released after their overseas tour ends in February 2019. 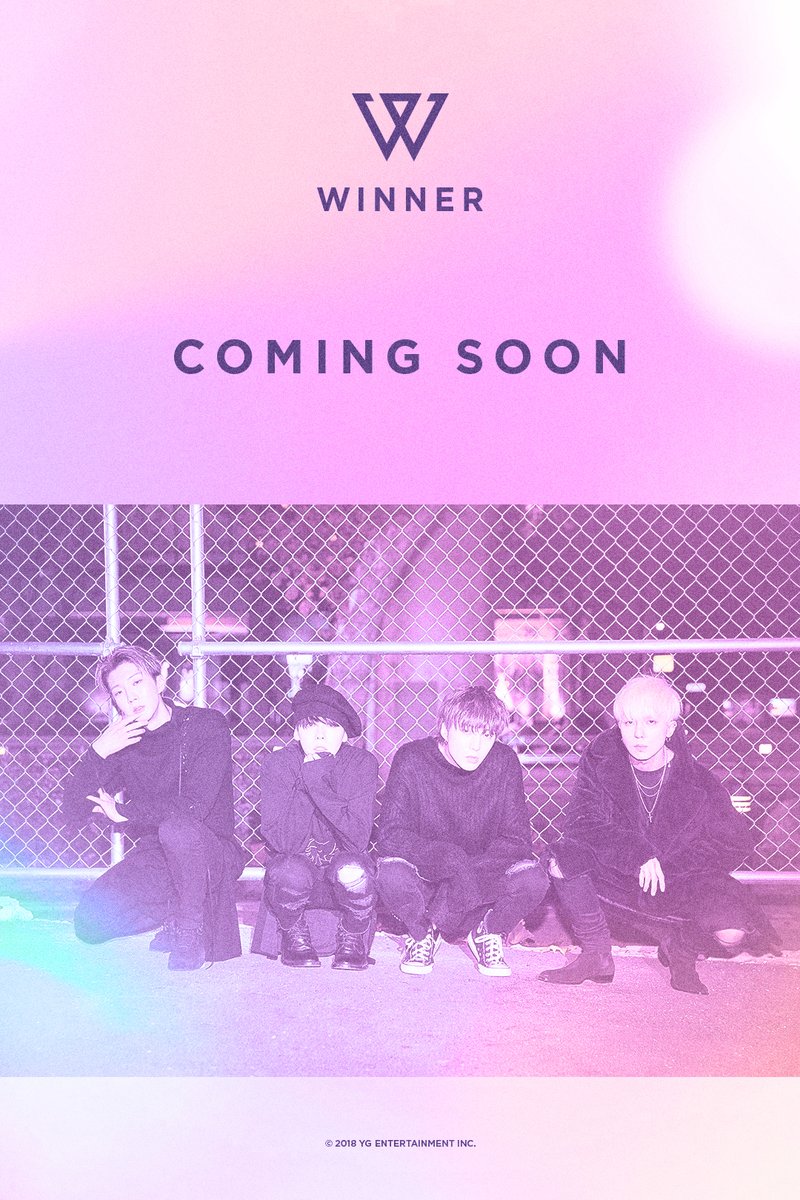