On December 11, the members of DAY6 sat down to talk about their new mini album “Remember Us : Youth Part 2,” which features the retro title track “Days Gone By.”

Young K remarked, “Overall, our focus this year while working on music was the word ‘youth.’ Last time, we made our comeback during the summer, so [our music] had an intense sound. This time, we ended up making music that is suited to winter.”

Sungjin added, “This is our first time [releasing a song] that is undeniably synth-pop. While working on it, I thought that it would suit us well. We ended up composing this song because we wanted something that had both a bright vibe and a tinge of sadness. Thankfully, it came out better than I’d expected.” 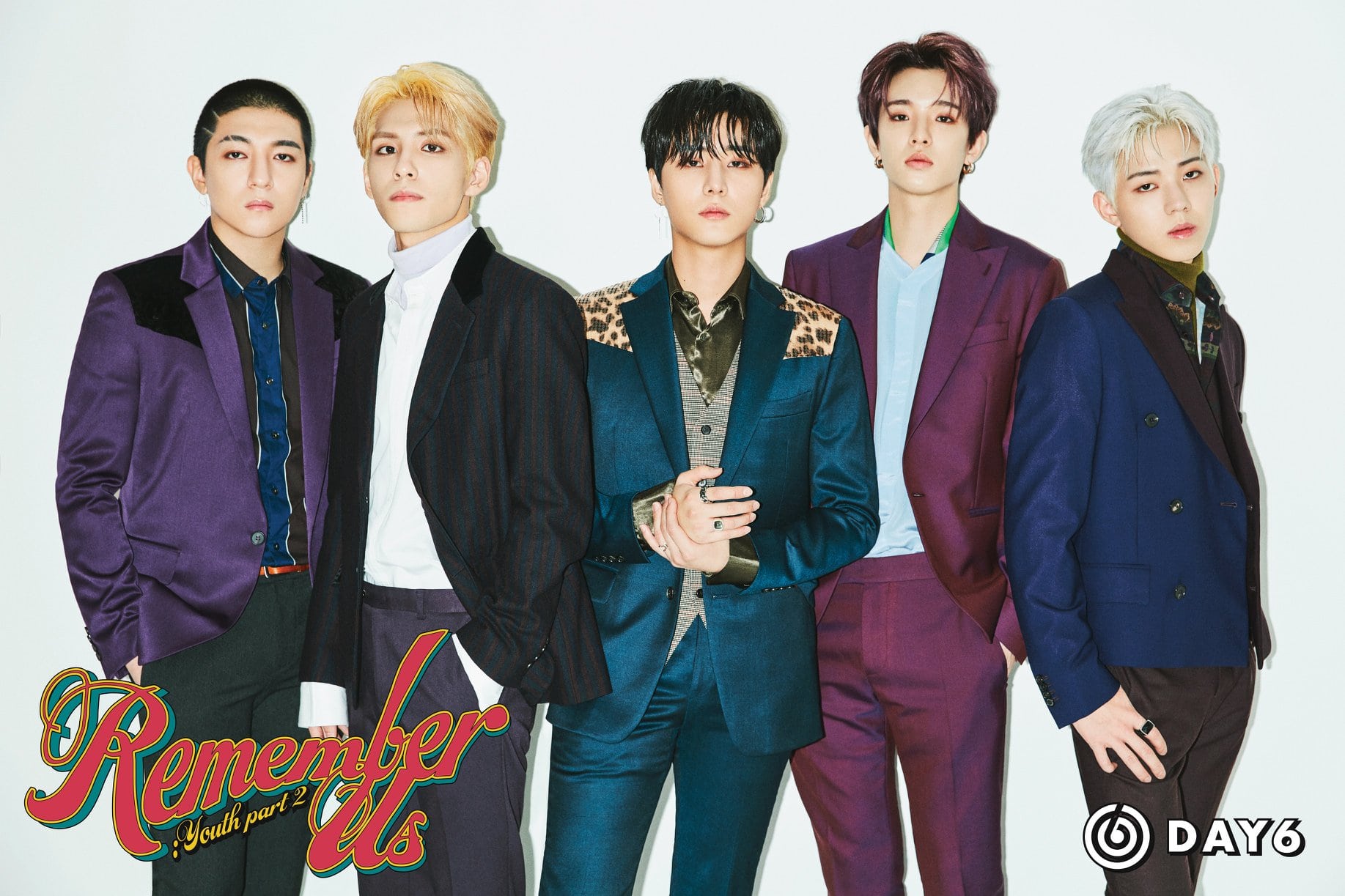 The DAY6 members also expressed their gratitude to JYP Entertainment founder Park Jin Young, who was reportedly a huge fan of their new song.

Wonpil commented, “[Park Jin Young] really liked ‘Days Gone By’ a lot. He’s a fan of music from the 1970s and 1980s, and after hearing our new music, he had a lot of praise for us. It gave us a sense of satisfaction.”

Sungjin chimed in, “Although we don’t tailor our music to his tastes, he’s a musician that we trust. So [his praise] gave us a sense of validation and made us really happy.”

“[Park Jin Young] also worked with us on the music video from the very beginning of production,” he went on. “We were so grateful.”

Young K added, “We recently saw him at a wedding, and he asked us what we thought of the music video. Then he told us, ‘It’s the best. I like it so much,’ and praised us a lot. It made me happy.”

DAY6
Park Jin Young
How does this article make you feel?