In a recent interview, Changsub talked about his upcoming solo album “Mark,” prioritizing BTOB activities, what’s changed while recording the album, and pressure he felt.

The singer shared, “It’s moving and an honor to be releasing a solo album for the first time in seven years. Though it’s my first, it won’t be the last. With this as my start, I hope that I will continue to release albums that capture my voice.”

When asked whether he thought he had released his solo album a bit late, Changsub answered, “To be honest, while I was promoting as BTOB, I wanted to do more BTOB activities than a solo album. I released a solo album in Japan, and so my desire to release a solo was somewhat resolved. Maybe that’s why my promotions as BTOB was my first priority, and I think that’s why I wasn’t so ambitious about a solo album. It was decided that now is a time to release one, so that’s why I have one.”

On his album being released right before his upcoming enlistment, Changsub commented, “I wanted to leave something behind for our fans. I was also curious about how much I will change after being discharged. It was decided that it was the right time to release a solo album.” 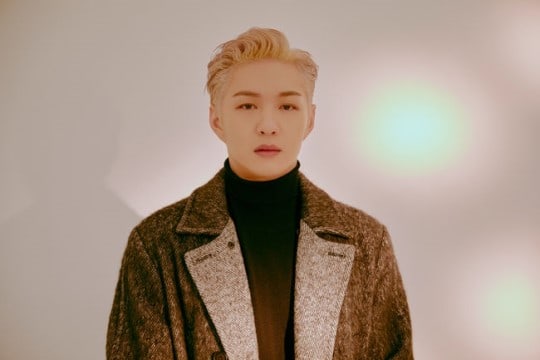 Changsub remarked, “To be honest, I’m a serious guy. Though I have a fun side as well, this album in general is a color that fits the best with my personality. Though my funny side is also me, the proportion of the quiet, serious me is bigger than the cheerful me. That’s why I think this album is most like me.”

He then talked about his title track “Gone,” and said, “Rather than the kind of ballad that’s popular in Korea, it’s got the color of 90s pop. I was inspired to write the song after watching the movie ‘A Star Is Born’ recently, so that’s why it has a 90s pop feel.”

Changsub continued, “To be honest, it wasn’t the original title track. At first, we were going to use ‘Way’ as the title track. [The title track] is a song where the lyrics say what I want to convey to fans, so I left it at the last track. But after finishing it, it got overwhelming support. Since my enlistment is coming up, I thought it was right to make the title track something that I could say to fans.” 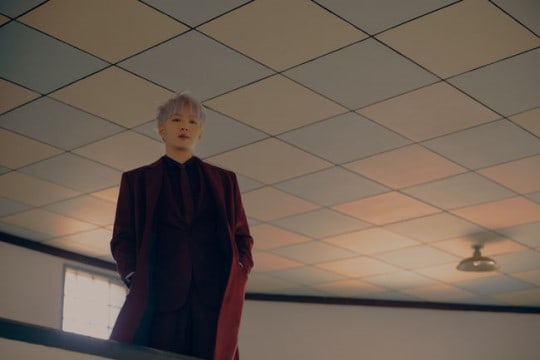 He also talked about the difficulties of recording, saying, “To be honest, I recently got vocal cord nodules. I’m not in a condition where I’m unimpaired, so the things I used to do don’t happen. It was difficult because I couldn’t reach high notes or sing the way I used to. I spent a lot of time recording.”

Another change he brought up was his dyed hair. He commented, “It’s my first time dying my hair like this. At first, I was talking about the concert and said that I wanted to try a dreamy style. But when I tried to film dreamily, I realized that I was going to shave my hair anyways, so why not try white. It took six hours to bleach it. I didn’t know it the first day, but blood clots started forming at the back of my head.”

Changsub also opened up about the pressure he felt about his first solo album. He shared, “I felt this while promoting in Japan as well, but it’s been around 10 years since I’ve been with the members if you count our trainee years. When they’re there and then they’re gone, it made me think that I should be good to them while they’re there. As I was promoting alone, I talked a lot less and there was an inexplicable emptiness.”

He added, “Rather than pressure, I feel that I can’t have a bad influence on BTOB as a whole while doing solo promotions. I feel most pressure from the idea that things might be bad because of me.” He laughed and said, “The good part [of solo activities] is that I don’t have to discuss where to eat, where to go, or what to drink with others. The best thing is that there’s food. There’s the benefit of making a quicker, independent decision when it comes to making choices.”

Changsub’s solo album “Mark” will be released on December 11 at 6 p.m. KST.