Song Mino shared his thoughts on promoting as a solo artist. On December 11, the artist appeared as a guest on SBS PowerFM’s “Park So Hyun’s Love Game.”

Speaking about rapping his first win speech on SBS’s “Inkigayo,” Song Mino said, “I thanked people who worked on my album. I named pretty much everyone except Teddy. To be honest, I wanted to say the name of every single member of my staff, but that would’ve been too much. But I’m glad I did it without any regrets.”

Park So Hyun then said, “You released a solo album at the same time as groups with big fandoms such as Wanna One and EXO, so I didn’t expect you to get a first place win.” Song Mino replied with a smile, “Me neither. I didn’t expect it at all. I was really surprised. I was satisfied with just releasing an album with 12 tracks, but I was surprised by its success and how it continued.”

Park So Hyun continued, “It’s surprising that you’re competing against strong singers on the chart such as Paul Kim and Kim Dong Ryul. I screamed because I couldn’t believe it.” Song Mino responded, “I usually don’t check the charts, but I did so because it was amazing and I was grateful. I’m so full of happiness these days. I have many scheduled events and I wonder if it’s alright for me to be this happy. It’s a lot. Thank you.”

Song Mino also talked about his MV for “Fiancé.” He said, “I actually filmed the MV twice. The one that’s released right now is the additionally filmed footage. I originally filmed it in a fantasy-like set, but it didn’t match with the music. After speaking with Yang Hyun Suk, we filmed it again.” 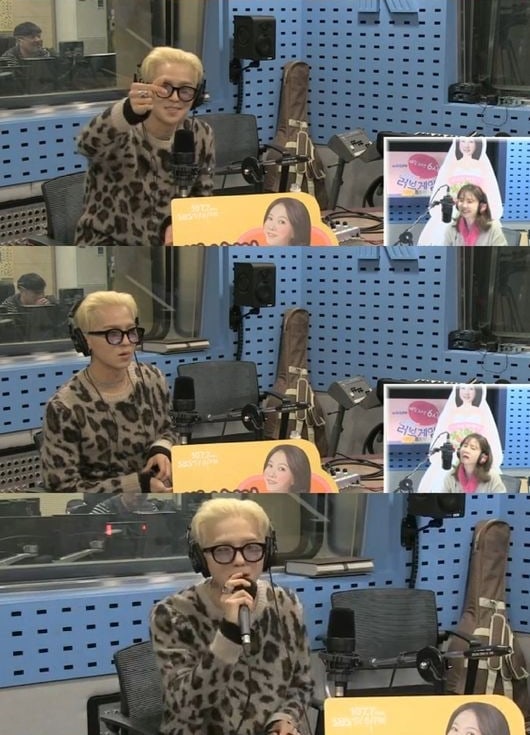 He continued, “Surprisingly, Lee Soo Geun and Kang Ho Dong liked it. Lee Soo Geun really likes music and he said my song was good too.” When Park So Hyun asked if there were any members he wanted to ask to feature on a track, Song Mino answered, “Kang Ho Dong and Lee Soo Geun, but only on ‘Journey to the West.’ I actually wanted to work with Eun Ji Won. We talked about it this time.”

Park So Hyun then played some of Song Mino’s b-side tracks on the show. Using his lyrics in “Rocket” as an analogy, he proudly said, “I think that I’m on the rise right now. I also came up with the track list myself.”

When his seventh track “Lonely” came on, Park So Hyun asked him about a recent time he was comforted. Song Mino revealed, “When I was tired from preparing for the album, my members gave me comfort. They also lead me when we’re preparing for the WINNER album. When the four of us appeared [on the radio show], I played the role of just blurting things out, so I’m thinking about Kang Seung Yoon right now.”

Park So Hyun explained, “I wanted to let many people know that rapper Song Mino’s album is good all around.” Song Mino replied, “There aren’t many opportunities for me to play tracks besides ‘Fiancé’ so thank you so much. I’m receiving an overwhelming amount of love since November 26 and being acknowledged as a solo artist. It’s a happy moment.”

He also sent a message to WINNER’s fans Inner Circle. He said, “Inner Circle, thank you for always supporting, waiting, and being happy. I’ll try to make next year also full of happy things, so please look forward to it. Let’s love.”

WINNER
Song Mino
Park So Hyun's Love Game
How does this article make you feel?