tvN’s “Encounter” has cemented itself as a melodrama to watch this season.

“Encounter” tells the story of Cha Soo Hyun (played by Song Hye Kyo) who never got to make her own decisions to dictate her life and Kim Jin Hyuk (played by Park Bo Gum) who has a free spirit and pure soul. The drama has topped viewership ratings in its time slot during all four episodes so far.

Let’s explore the five key locations that have appeared in the series thus far. (There may be potential spoilers.)

Cuba is where Cha Soo Hyun and Kim Jin Hyuk met for the first time. For Cha Soo Hyun, who went to Cuba on a business trip to open a new branch of her hotel, this day was a getaway from her usual routine. For Kim Jin Hyuk, who saved up for a year to travel to Cuba, this was a dreamlike day for him as well.

Cha Soo Hyun initially planned to go to bed after taking a sleeping pill, but changed her mind because she wanted to see the sunset at Malecón Beach. Her taxi broke down and her bag was stolen, but she was able to arrive at the viewpoint to see the sunset. Her sleeping pill then kicked in and she almost fell from the wall she was sitting on. Cha Jin Hyuk spotted her and caught her just in time, then sat by her while she slept.

After a while, Cha Soo Hyun woke up and asked, “Do you have some money?” The two then spent an unforgettable day where they drank together, enjoyed the night view, walked the streets of Cuba bare feet, and salsa danced.

Cha Soo Hyun and Kim Jin Hyuk may not have been able to become lovers or even friends if they had met in Korea, so their time together in Cuba was precious since they could solely focus on themselves without thinking of their social and company statuses. This also marked the beginning Kim Jin Hyuk becoming someone who allowed Cha Soo Hyun to breathe in her suffocating life. 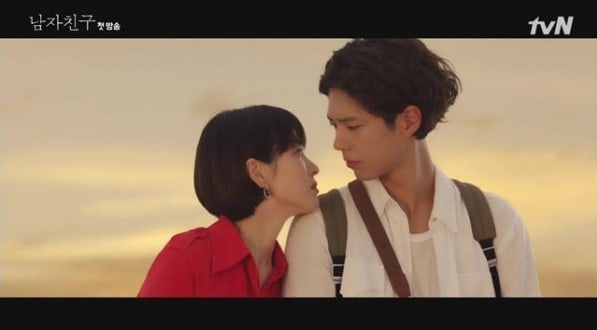 This playground was a place where Kim Jin Hyuk went to hide when he was scolded by his parents, had a lot on his mind, or was feeling happy. It’s a place that gives him both comfort and leisure, the kind of place that doesn’t exist for Cha Soo Hyun.

When Cha Soo Hyun visited this playground that is filled with Kim Jin Hyuk’s memories and warmth, she became closer to him as well. She was curious about Kim Jin Hyuk, who had joined her company as a new employee, and visited the playground after reading about it in his job application before running into him there. She was able to enjoy ordinary things with Kim Jin Hyuk such as looking at a film roll of photos he took in Cuba and trying to get dolls from a claw machine.

Cha Soo Hyun, who lived her whole life scheduled by someone else, was able to enjoy ordinary things, and Kim Jin Hyuk was able to see the loneliness within her. The bright smile that appeared on her face also showed the value of finding joy in small, ordinary parts of life rather than an outwardly luxurious life. 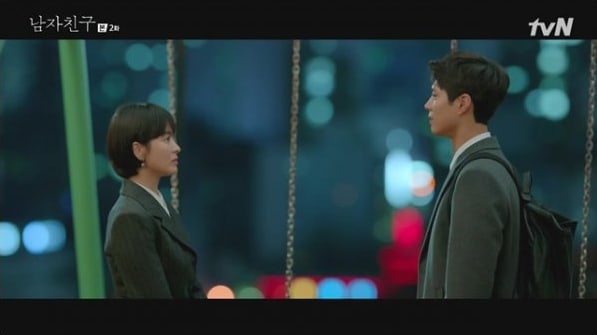 The rest stop was where Cha Soo Hyun was able to find courage thanks to Kim Jin Hyuk. For Cha Soo Hyun, who wasn’t able to enjoy everyday things such as eating ramen at a rest stop, this is a place where she was once again able to revel in the ordinary joys of life with Kim Jin Hyuk.

The night before, she had driven a drunk Kim Jin Hyuk home after a company dinner. In the car, he drunkenly fed her dried squid and pulled all kinds of antics on her. The next day, Cha Soo Hyun made fun of him for his drunken behavior and suggested that they go to eat ramen at the rest stop.

They enjoyed their time together, but photos of them were unknowingly taken during this outing. These photos were then printed along with reports of a dating rumor. Through this incident, he was able to experience what her life is like and became more concerned about her than himself. 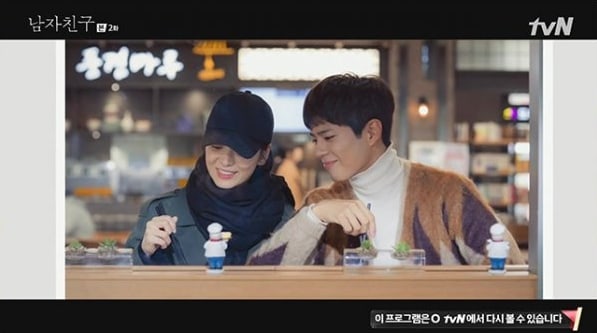 Cha Soo Hyun has lived her life under the spotlight as the daughter of a politician and CEO of a hotel. On the other hand, Kim Jin Hyuk is an ordinary man with a positive mindset and carefree spirit who is a new employee at the hotel. The beach was the place where Cha Soo Hyun personally revealed her private thoughts to Kim Jin Hyuk, who fell asleep on her shoulder, as well as the place where he confessed his feelings for her.

After spending the day with Cha Soo Hyun at Sokcho, Kim Jin Hyuk listened to the radio before going to bed. Just then, the song they listened to together in Cuba played on the radio. He drove back to Sokcho in a heartbeat and told her, “I came because I wanted to see you.”

Cha Soo Hyun’s secretary, Jang Mi Jin (played by Kwak Sun Young), then came to see him and told him not to meet her boss anymore. In response, Kim Jin Hyuk told her, “This isn’t a playful curiosity. I think that it’s a meaningful thing for a person to hold another person in their heart, even if it’s for a little while.” 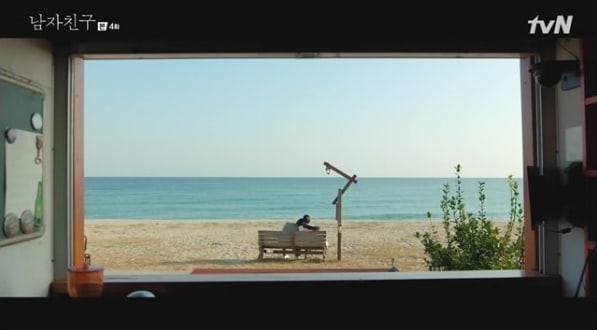 At the end of the fourth episode, Cha Soo Hyun and Kim Jin Hyuk’s rest stop scandal and a post on Donghwa Hotel’s anonymous online bulletin board became the center of the employees’ gossip. Cha Soo Hyun was surrounded by employees who asked her for a response.

Just then, Kim Jin Hyuk said, “CEO! I have some money. I’ll buy today so eat ramen with me.” Despite the fact that he just revealed himself as the person in the dating rumor, he stood in front of Cha Soo Hyun and looked at her with a warm smile.

This made viewers look forward to the future storyline of this drama, which will continue to tell the story of a search for an ordinary life and freedom instead of power and wealth. 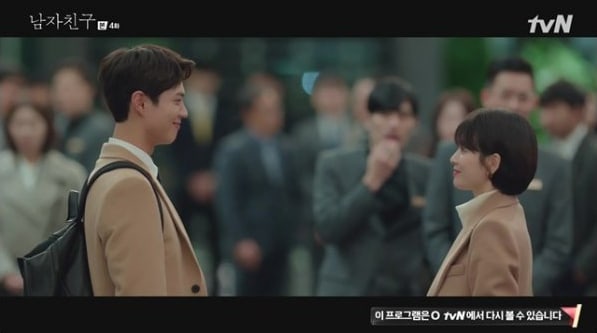 “Encounter” airs on Wednesdays and Thursdays at 9:30 p.m. KST. Check out the latest episode below!