Kim Hyang Gi spoke about beginning her career as a child actress.

On December 11, the actress appeared on SBS’s “Night of Real Entertainment” for an interview.

Kim Hyang Gi will be 20 years old next year (by Korean reckoning) and is entering her first year of college at Hanyang University’s Department of Theater and Film. She was recently the youngest recipient of Best Supporting Actress at the Blue Dragon Film Awards for her performance in “Along with the Gods: The Two Worlds.”

Kim Hyang Gi said with a laugh, “I first debuted through an advertisement, but I was three years old (Korean reckoning) at the time. I think I was really scared because I was three years old. I heard that I didn’t leave my mom’s side. That is when Jung Woo Sung held out his hand and said, ‘Let’s go.’ They said I grabbed his hand as if I was entranced by something.” 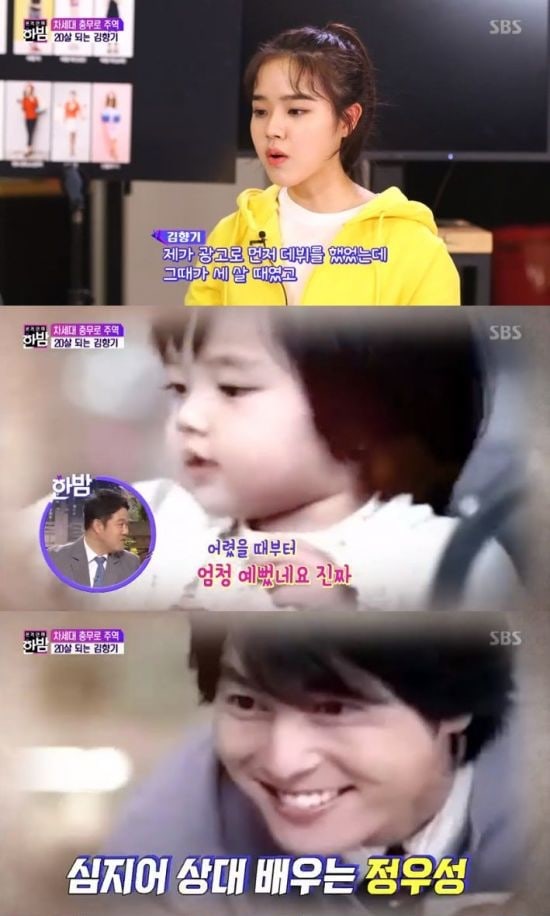 When asked to choose her strong point during her years as a child actress, she replied, “Patience,” explaining, “I think it’s important to be patient on set and also while waiting for project opportunities. I think that’s why I was able to endure and do well until now.”

About a role she wants to attempt in the future, Kim Hyang Gi answered, “I want to try [a character] with multiple personalities.”

Jung Woo Sung and Kim Hyang Gi are reuniting in the upcoming film “Witness” (literal title). The movie began filming in June and will premiere sometime in 2019.