“Feel Good to Die” is about a horrible boss Baek Jin Sang (played by Kang Ji Hwan) and his employee Lee Luda (played by Baek Jin Hee) who tries to reform him.

During the previous episode, Baek Jin Sang began to realize his special feelings towards Lee Luda. Furthermore, he also saved Lee Luda from falling into danger after being openly threatened himself by a mysterious character.

In the released stills, Baek Jin Sang and Lee Luda sit side-by-side, the atmosphere quite complex. Lee Luda, who is fast asleep, leans her head against Baek Jin Sang’s shoulder while he stares down at her with nostalgic eyes. His expressions brings forth a heartbreaking mood. Viewers are curious to know the cause behind his painful gaze. 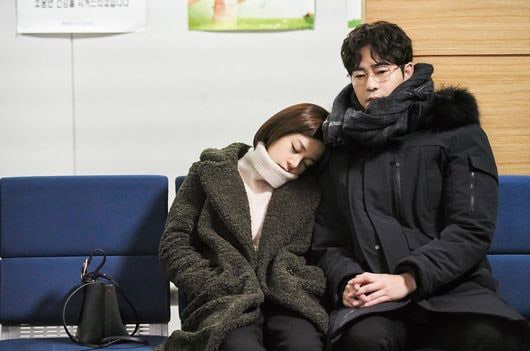 In the meantime, check out the latest episode of the drama with English subtitles below: