December 12, the members of EXO held a V Live broadcast ahead of the release of their repackage album “Love Shot.”

Kicking off the broadcast, EXO shared moments when they were thankful for fans and for each other. Suho said, “I’m thankful to fans every time we win an award.” Kai added that he was nervous because their recent comeback with “Tempo” was their first in a while, but that he was so thankful to fans for giving them a passionate welcome at their showcase.

Mentioning D.O.’s recent screening for his movie “Swing Kids,” Suho said, “This is something that I thought recently, but I’m thankful for all the members getting together for Kyungsoo’s film screening. I think it’s a first. It was his own event, but the members all went together to support him.”

Chanyeol said he was thankful for Suho helping him out at his birthday party with fans. “I didn’t know that Suho had come to the event. I was wearing a special outfit, so fitting in time to get changed was hard, but Suho helped me for those 10 minutes, so I said thank you to him a lot.” 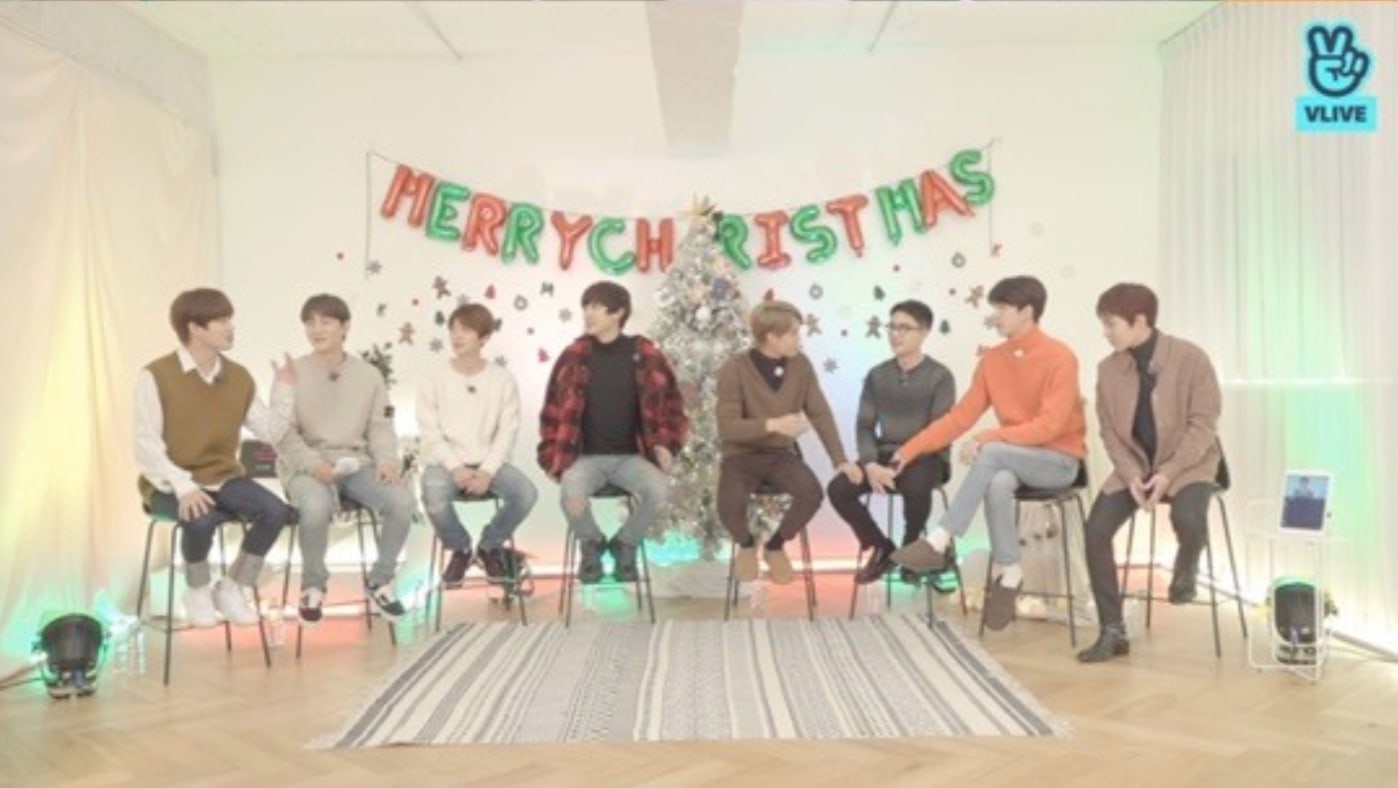 During the broadcast, EXO also revealed their top five winter songs chosen by EXO-Ls. Fans’ favorite winter song is “First Snow,” followed by “Universe,” “Sing For You,” “Unfair,” and “Miracles in December.”

EXO’s repackage album “Love Shot” will be released on December 13.