First Impressions: “My Strange Hero” Premiere Delivers Rom-Com With A Side Of Revenge

High school romance gets a second chance in “My Strange Hero” — if it can overcome a traumatic past and troubled present. SBS’s new Monday-Tuesday drama gave us a little bit of everything in its premiere this week: lighthearted comedy, suspense, revenge, and engaging characters who we already can’t wait to learn more about. With an engrossing story and an incredibly talented cast, “My Strange Hero” has all the makings of our next K-drama obsession this winter. Want to know what we thought of the premiere? Read on!

Warning: spoilers for Episodes 1-4 ahead!

Son Soo Jeong (Jo Bo Ah) and Kang Bok Soo (Yoo Seung Ho) are both struggling young adults, down on their luck: Soo Jeong is a part-time teacher who desperately wishes to gain full-time employment, and Bok Soo takes on various odd jobs to make a living. When Soo Jeong accidentally tumbles over a bridge while attempting to stop one of her students from committing suicide, Bok Soo rescues her from the river below. The two are thus reunited for the first time since their high school days, and we learn that Soo Jeong is partially responsible for Bok Soo getting expelled from high school years ago. 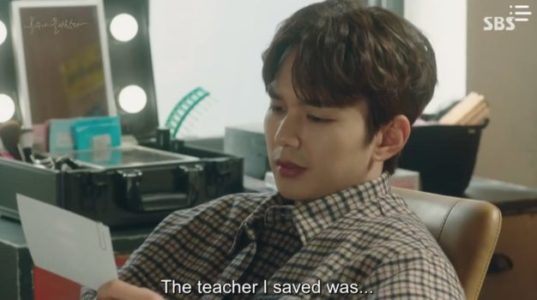 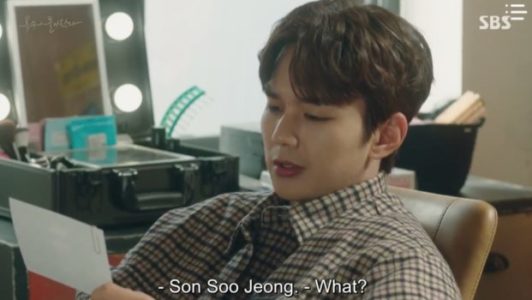 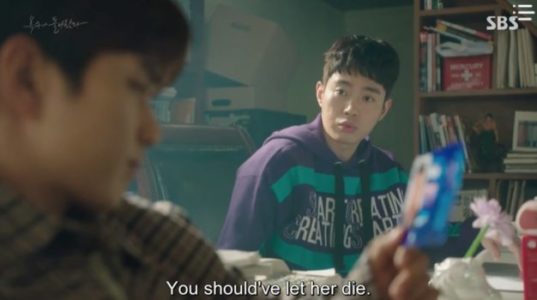 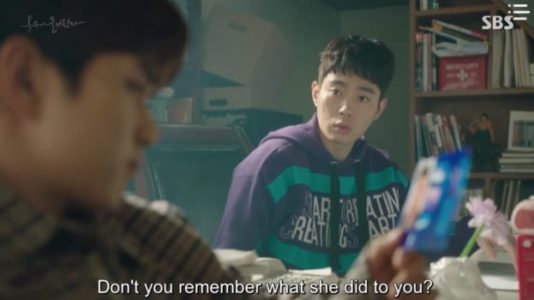 In the first four episodes, the drama interweaves the present storyline with scenes from Bok Soo and Soo Jeong’s shared past very effectively, allowing us to see the characters’ present unfold as we learn more about their history. In school, Soo Jeong, the high-achieving class president, had been tasked with helping Bok Soo raise his failing grades, and the two began to fall in love.

The pair’s romance is refreshingly different from most K-drama couples: it’s clear that what attracts Bok Soo to Soo Jeong is her motivation and drive to achieve. Bok Soo doesn’t need to protect or help Soo Jeong; he’s happy to just sit and learn math and grammar from her. This makes the chemistry between the two even sweeter — until Soo Jeong gets Bok Soo expelled when she claims to have seen him commit a violent act. We already know this can’t be true, because while Bok Soo might not be the smartest, it’s clear from the get-go that he has a heart of absolute gold (and a smile to match — gotta love Yoo Seung Ho!). 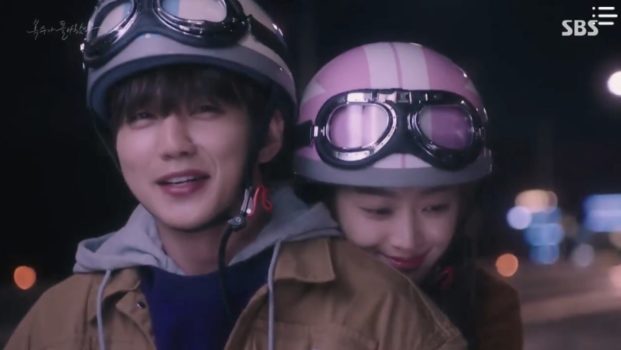 In the present day, Soo Jeong’s student’s failed suicide sets off a wave of criticism against the high school and the excruciating academic pressure it now places on students. Since Bok Soo rescued Soo Jeong during the incident, the school decides that the best way to distract from this bad press is by showing its generosity and allowing Bok Soo to return to finish his education. The logic of this plan is admittedly a bit unclear, as Bok Soo’s past is rather irrelevant to the issues at hand, but we’ll go with it.

Interestingly enough, this idea is proposed by Oh Se Ho (Kwak Dong Yeon), the student against whom Bok Soo allegedly committed the violence that got him expelled. Se Ho is the school director’s son, so we know there is probably some good old fashioned nepotism going on there. 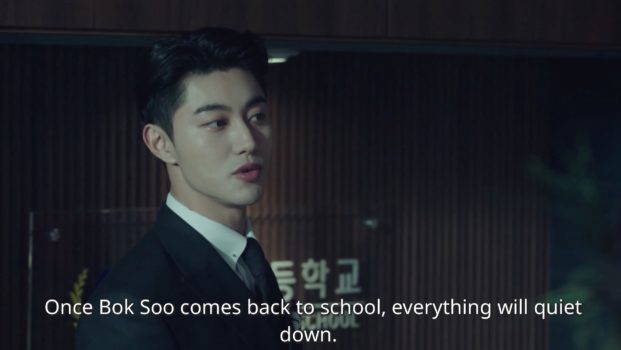 The drama does not yet completely reveal what happened between Bok Soo and Se Ho in high school, although we can guess: Se Ho tried to jump off a building, Bok Soo tried to save him, and Se Ho, unwilling to admit that he had attempted suicide, claimed that Bok Soo had pushed him. 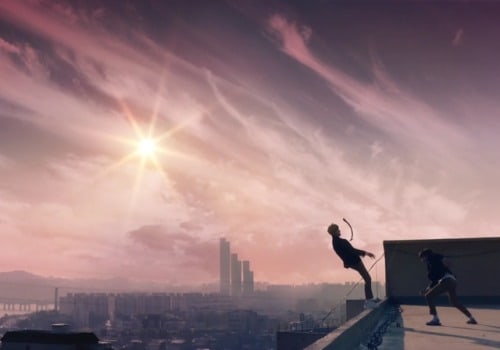 More mysterious is the question of how Soo Jeong fits into this picture. Did she really think that Bok Soo had done it? Or did high-achieving Soo Jeong get blackmailed into accusing her high school sweetheart in order to somehow protect herself? 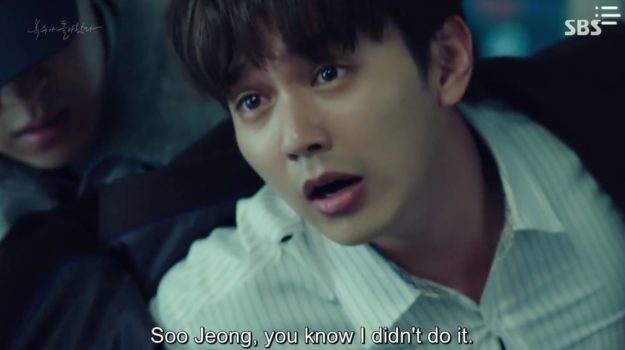 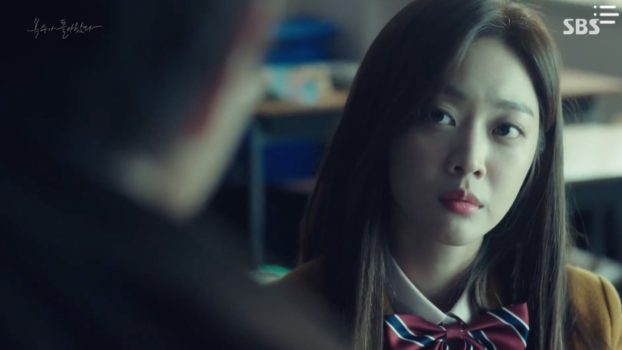 Clearly, this story has a lot of emotion behind it, and “My Strange Hero” accentuates characters’ feelings quite beautifully with its cinematography: flashback scenes feature soft filters and fluttering curtains, and the camera zooms in on interesting little details and movements.

Facial expressions in particular are emphasized: Yoo Seung Ho is able to convey extraordinary emotion with just his gaze, and “My Strange Hero” capitalizes on its talented lead with many lingering shots of his face.

But when it’s not focusing on Yoo Seung Ho looking wistful or forlorn, “My Strange Hero” is high on the comedy meter. This is largely from Bok Soo’s job as a sort of “do anything” for hire, which gets him into some hilariously odd situations: breaking up with someone’s girlfriend for them, crashing a wedding, performing a weirdly sensual mukbang….

It’s interesting that the drama can be so funny when it has also shown us two suicide attempts, and I’m a bit nervous about whether “My Strange Hero” is going to tackle this topic with the seriousness it deserves. The drama is a comedy at its core, so I don’t expect it to make a profound statement on mental health issues, but I would be uncomfortable if it uses suicide solely as a plot device without at least acknowledging it as a serious reality.

That being said, the drama may well address this with Se Ho, who has a lot of layers to him that will be peeled back as the story progresses. This is Kwak Dong Yeon’s first role as a villain, and so far he’s doing a fantastic job of conveying a character who is calm at first glance, but visibly extremely unstable just beneath the surface. His expressions are chilling! 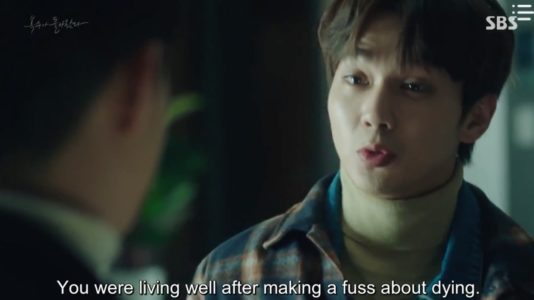 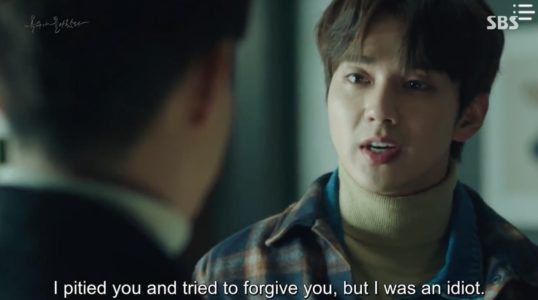 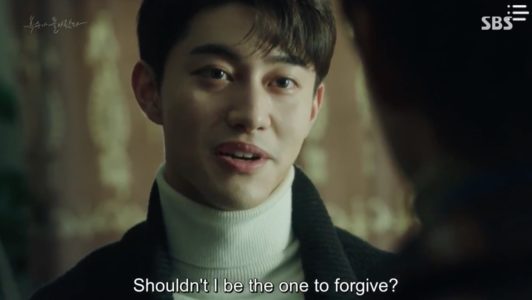 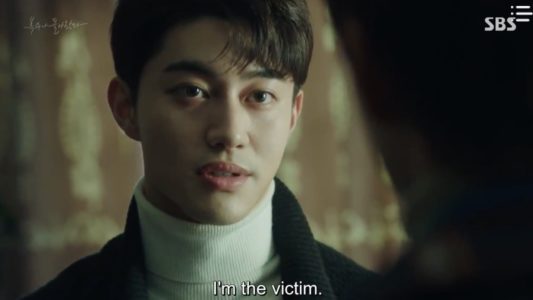 The drama also didn’t win any points for making homosexuality the butt of a joke within the first five minutes (man kisses a groom to help the bride escape from her wedding; audience reacts with disgust). Nevertheless, “My Strange Hero” is unexpectedly progressive in other ways, not only with the inverted gender roles of its main couple but also with the addition of some diversity to its cast. Black characters in K-dramas are few and far between, and we are so looking forward to getting to know friendly convenience store worker Sim Ran (Joel Roberts) better! 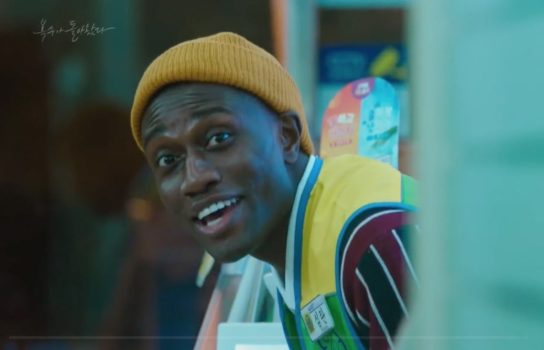 Overall, “My Strange Hero” promises to deliver plenty of laughs and sweet romance, with some undercurrents of deeper subjects that we all can relate to: fears of not being good enough, pressures of work and school, and dealing with past traumas in order to move forward. The characters are easy to love: Bok Soo is incredibly likable, and he and Soo Jeong are both flawed but genuine and admirable in different ways. With such a talented cast, it’s going to be equal parts fascinating and fun to follow these characters back to school!

Hey Soompiers, are you watching “My Strange Hero”? What Let us know in the comments!