On December 12, WINNER’s Song Mino appeared on the radio show “Akdong Musician Soo Hyun’s Raise the Volume” to chat with his YG Entertainment labelmate Lee Soo Hyun of Akdong Musician about his solo album and more.

Lee Soo Hyun asked Song Mino whether he finds it harder physically to be “WINNER’s Song Mino,” “variety star Song Mino,” or “solo musician Song Mino.” He replied that being a musician is physically harder, while being on variety shows is fun.

Lee Soo Hyun said she had thought variety would be hard because she heard that he goes without his manager when filming “New Journey to the West.” “That’s true,” he said. “But it shows how much the team there takes good care of us.” He smiled and added, “We have fun.”

A listener wrote in that Song Mino’s vocal style seems to have changed a lot since his early days following his debut or when he was on the YG survival program “WIN: Who Is Next,” and they asked if there was a reason for the change.

Song Mino replied, “Right. To be honest, my tone has changed a lot. When I first debuted, my voice was really husky. Every since I was young, when I rapped and did hip hop, I liked to sound rough. I’d yell. But my spectrum became narrower. When I realized that, I found the most comfortable tone for my voice.” 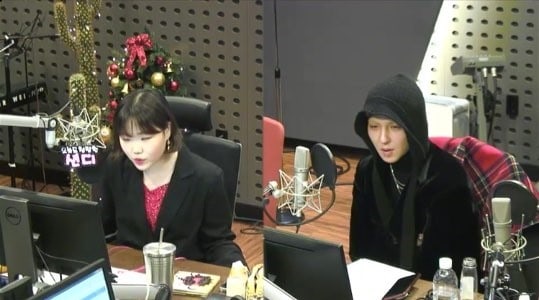 Another listener also sent in a question asking if there was something else he wants to transform about himself that’s not related to music, and if there’s a direction he wants to go in. Song Mino replied, “I think it would be the direction that’s going towards our fans Inner Circle.”

WINNER
Song Mino
Soohyun's Raise the Volume
How does this article make you feel?