On the December 12 broadcast of JTBC’s “Let’s Eat Dinner Together,” Red Velvet’s Wendy and Seulgi talked about how they became trainees at SM Entertainment.

Seulgi got her start young. She said, “I auditioned when I was in sixth grade of elementary school (approximately 12 years old), and started training in my first year of middle school. From a young age, I loved singing and dancing along to songs.” 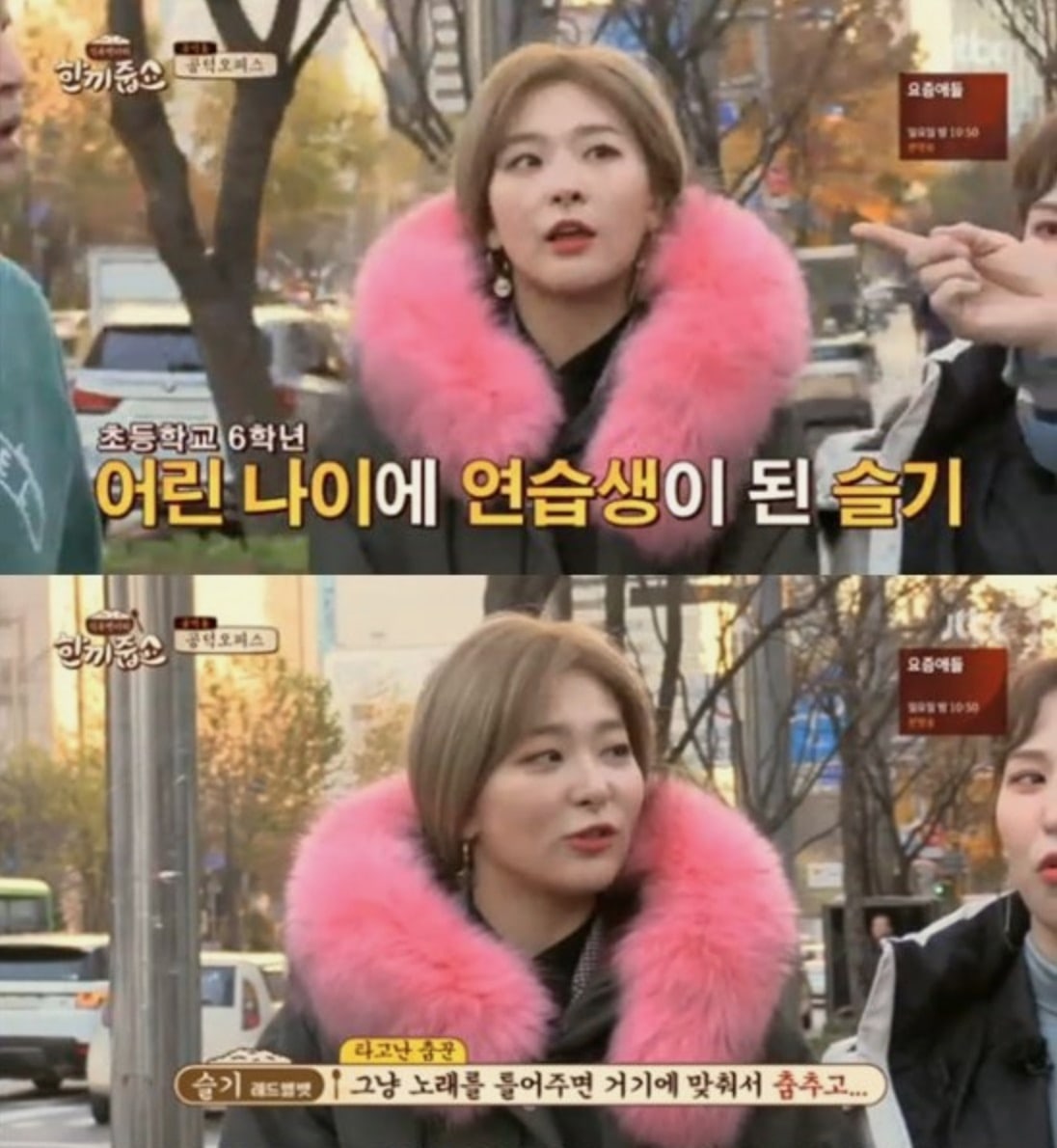 Wendy, on the other hand, spontaneously went to audition at SM Entertainment because her friend was going. She said, “Because [it was impromptu], even though I’m usually the type to get really nervous, I wasn’t nervous at all, and I sang the song I wanted in the style that I like. I liked R&B and Soul, so I sang Kim Gun Mo’s ‘Moon of Seoul.'”

Seulgi revealed that she sang Lee Ji Hoon’s “Doll” for her audition. Watch Wendy and Seulgi sing parts of their audition songs (starting at 2:20):

Once a trainee, Seulgi said, “We were trained in singing as well as different genres of dance. They also teach you Chinese, Japanese, and English.”

The Red Velvet member added that the group is preparing for a Japanese and North American tour for next year.

Wendy, giving advice to someone majoring in dance, said, “You just need to be confident in yourself. When you’re in a slump, it’s huge knowing that there is at least one person that believes in you. When I was in a slump, there were moments when because I was having a hard time, I couldn’t trust myself. So I told myself I needed to work hard and not give up, knowing that there is someone that believes in me. If you do that, you’ll grow a lot.”

Red Velvet
Seulgi
Wendy
Let's Eat Dinner Together
How does this article make you feel?