FTISLAND’s Minhwan surprised his wife Yulhee on her birthday.

On the December 12 broadcast of KBS2’s “Mr. House Husband,” Minhwan and his parents prepared a birthday meal for Yulhee.

Minhwan got up early in the morning and began making seaweed soup while also taking care of their son. He said, “I’ve never cooked before, but I wanted to make a birthday meal [for Yulhee] since it’s her first birthday after we got married.”

He looked up the recipe on his phone and called his mom to ask her for advice. After tasting the seaweed soup, he said that it lacked 2 percent of something and asked his mom for help.

She told him to just bring the seaweed soup to her house, which happened to be the floor above theirs. After tasting the soup, she shook her head in disapproval and began to make it herself instead. 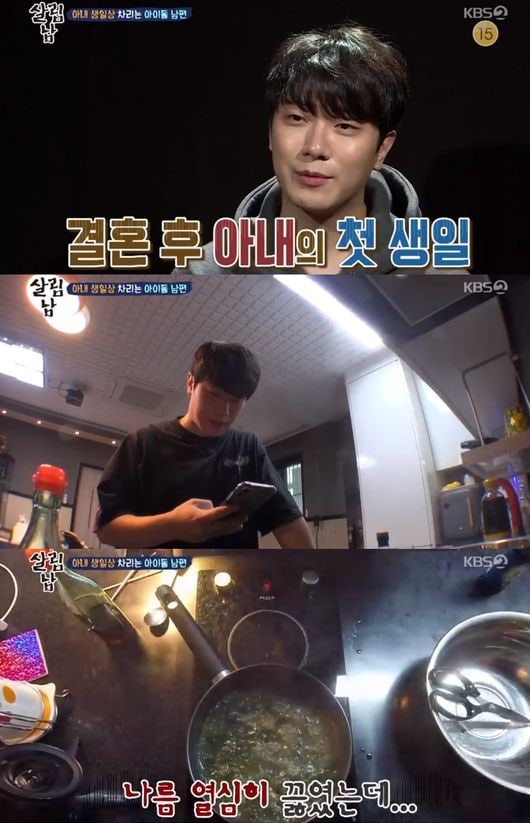 Minhwan’s dad soon joined in and offered to help. Minhwan and his dad began making kimbap. His dad commented, “This is my first time making kimbap.”

Yulhee was unable to sleep until 5 a.m. the night before due to their crying baby, and napped during throughout the morning without knowing that her parents-in-law were cooking for her. When Minhwan went to wake her up, Yulhee asked, “Mother and father-in-law? Since this morning? Really?”

In her interview, Yulhee commented, “My husband woke up my mother and father-in-law and made them work hard since this morning. I don’t think he’s sensible.”

Seeing the table full of her favorite dishes, Yulhee said, “You worked so hard since this morning.” Minhwan’s parents watched their grandson so that Yulhee could eat comfortably. For her birthday present, Minhwan’s dad handed Yulhee his credit card while Minhwan’s mom gave her an envelope full of cash.

Her mother-in-law said, “Dress up and go out,” and Minhwan and Yulhee enjoyed a date night together. She said with a smile, “I’m nervous. It feels like we’ve gone back to when we were dating.”

Meanwhile, Minhwan’s parents had some difficulty watching their grandson. After her date with her husband, Yulhee told her parents-in-law, “Thank you. I spent a happy birthday thanks to you.” 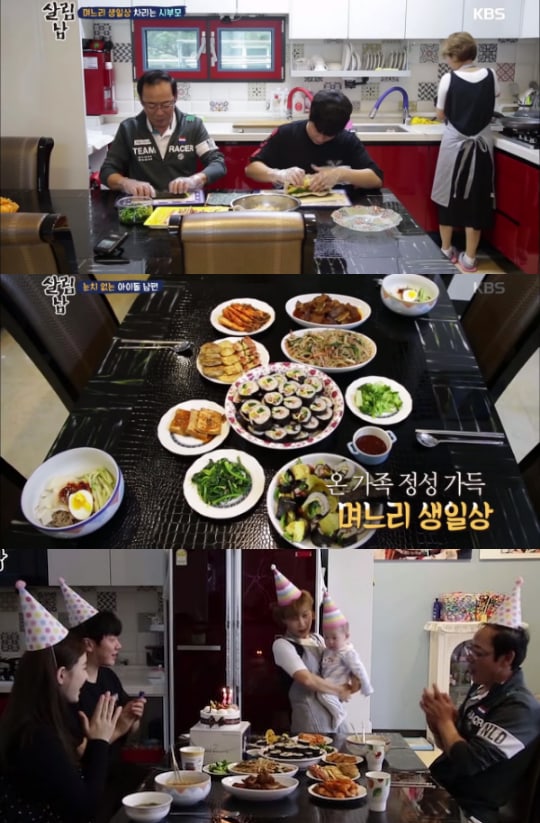