Bae Doona Praises EXO’s D.O. For His Acting, Reveals What Kind Of Project She Wants To Do With Him

Bae Doona, the star of the upcoming Korean movie “Drug King,” appeared on a December 13 V Live broadcast and talked about EXO’s D.O.

D.O., who appeared on the previous episode of the V Live show, left a question for the following guest. He asked, “What do you think of me, and what kind of project would you want to do with me?”

Bae Doona responded, “I’ve never worked with D.O. before. I believe we’ve never even met. I like him a lot as an actor. To his fans, please don’t misunderstand. I think D.O. is an excellent actor.”

The actress has seen several of D.O.’s acting projects. Describing D.O.’s talent, she said, “He has a stoic face, but it’s a wealth of emotion, whether he’s portraying anger or other feelings. I think he’s very cool. I don’t know how I could dare say, but as a fellow actor, I’d like to work with him someday.” Bae Doona added that she’d like to do a science fiction project with D.O.

Bae Doona’s film “Drug King,” in which she stars alongside Song Kang Ho and Jo Jung Suk, premieres on December 19. 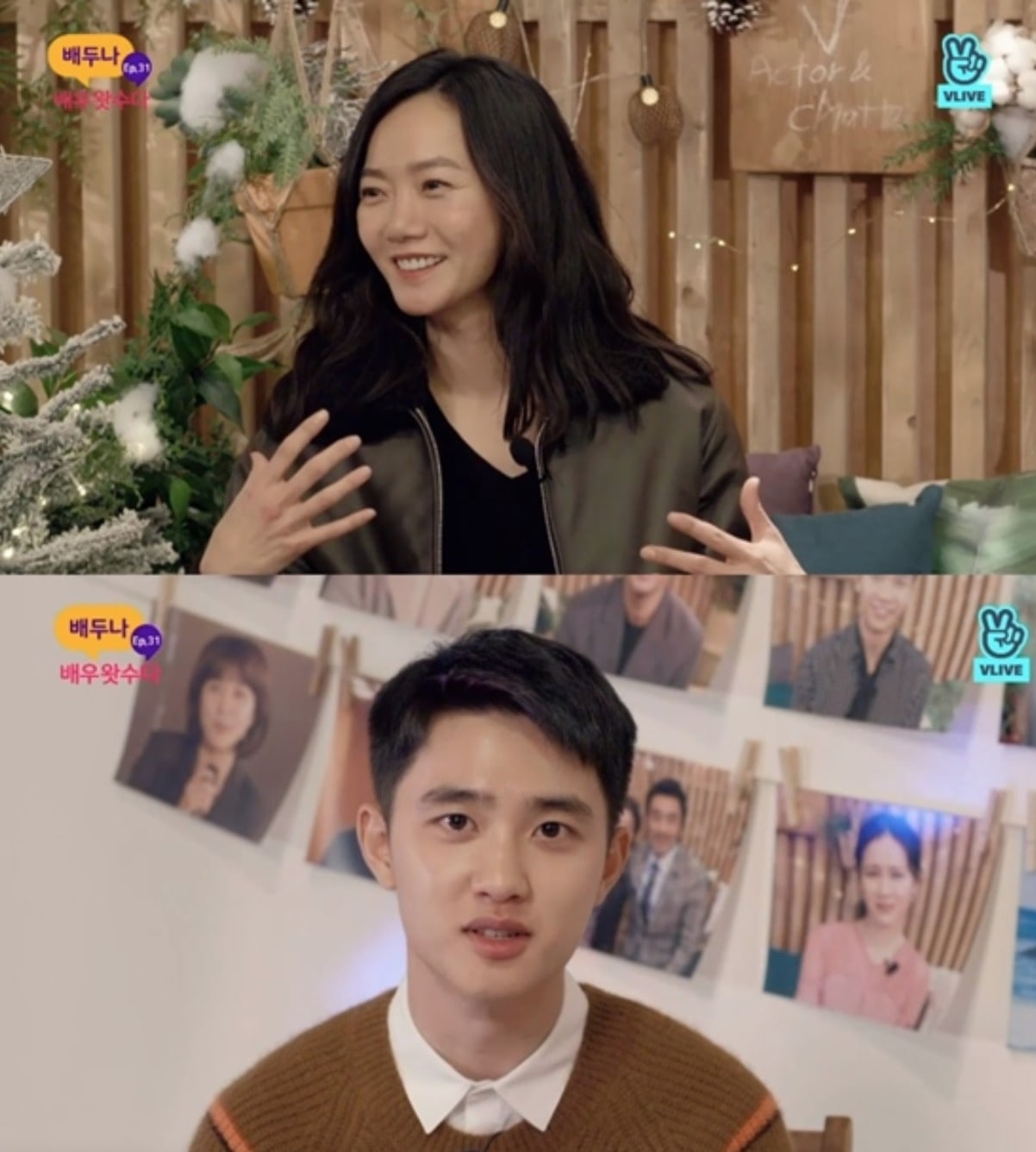 EXO
D.O.
Bae Doona
XPN
How does this article make you feel?