EXO’s “Love Shot” has soared to the top of many major realtime charts!

The group released their new repackaged album “Love Shot” on December 13 at 6 p.m. KST, featuring the title track of the same name. 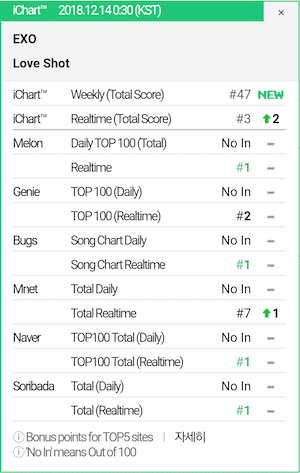