“My Strange Hero” is about Kang Bok Soo (Yoo Seung Ho), a man who returns to his old high school to enact revenge after he was expelled due to accusations of school violence.

In the drama, Kim Dong Young plays Lee Kyung Hyun, Kang Bok Soo’s friend of nine years and CEO of “Your Wish.” The two held a special bond throughout their years at Seol Song High School.

In the newly released stills, the two friends put on a live performance. Kang Bok Soo has one hand in his pocket and the other gripping his mic. He gazes down at the audience in one photo, and closes his eyes as he emotionally connects with the music in another. Lee Kyung Hyun also catches the audience’s attention as he focuses on playing his guitar. The two are shrouded in the bright lights of the stage. 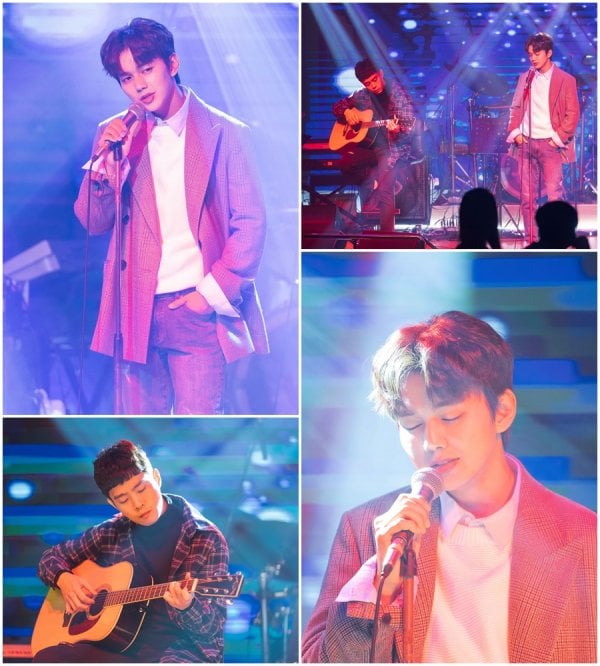 Yoo Seung Ho and Kim Dong Young’s live performance scene was shot at a cafe in Goyang city. The two actors checked the music and stage lights in order to feel accustomed to the mood of the track. As Yoo Seung Ho discussed how he should move around the stage with the director, Kim Dong Yeon continuously practiced getting used to the track by listening to the musical guide.

The production staff stated, “Yoo Seung Ho and Kim Dong Young repeatedly practiced for this scene within their separate positions. They showcased a performance that truly made the ‘Your Wish’ duet of ‘My Strange Hero’ feel as if it will really happen. Please look forward to Yoo Seung Ho and Kim Dong Young’s ‘bromance’ chemistry that will continue to be seen in the future.”

“My Strange Hero” airs on Mondays and Tuesdays at 10 p.m. KST.

Yoo Seung Ho
Kim Dong Young
My Strange Hero
How does this article make you feel?