On the December 13 episode of SBS Plus’s “Two Feet Life,” Kim Ki Bum took a tour of the neighborhoods where he used to live.

Kim Ki Bum went on a walk with his actor friends Lee Joo Seung, Goo Sung Hwan, and Yun Je Wook in the show. On the way to look at the old dorm where he lived with Super Junior, Kim Ki Bum stopped by the neighborhood of Dogok, the place he lived before moving to America when he was 11 years old.

He said, “I always had a shaved head. I wasn’t a noticeable kid.” Kim Ki Bum also talked about his current lifestyle and how he loves staying at home. He confessed, “I’ve gone a week without leaving the house.” He also added, “After losing my phone, I tried living without it, and it was so comfortable. I had to get a new phone because the people around me said it was too uncomfortable, but I don’t like texting or calling.”

Kim Ki Bum also visited his elementary school and the stationary store he used to visit as a child. Before leaving, Kim Ki Bum met the owner and said, “I used to go to school around here, so I remember you.” The owner replied by saying, “I think I remember you.”

Kim Ki Bum teared up as he left the store. He said, “What should I do? I feel weird. I don’t know why I’m crying after seeing him.” While watching himself tear up through the VCR at the studio, Kim Ki Bum explained, “I think I cry more now that I’m older… All the memories from my childhood resurfaced, and it was amazing that the owner of the stationary store recognized me.” 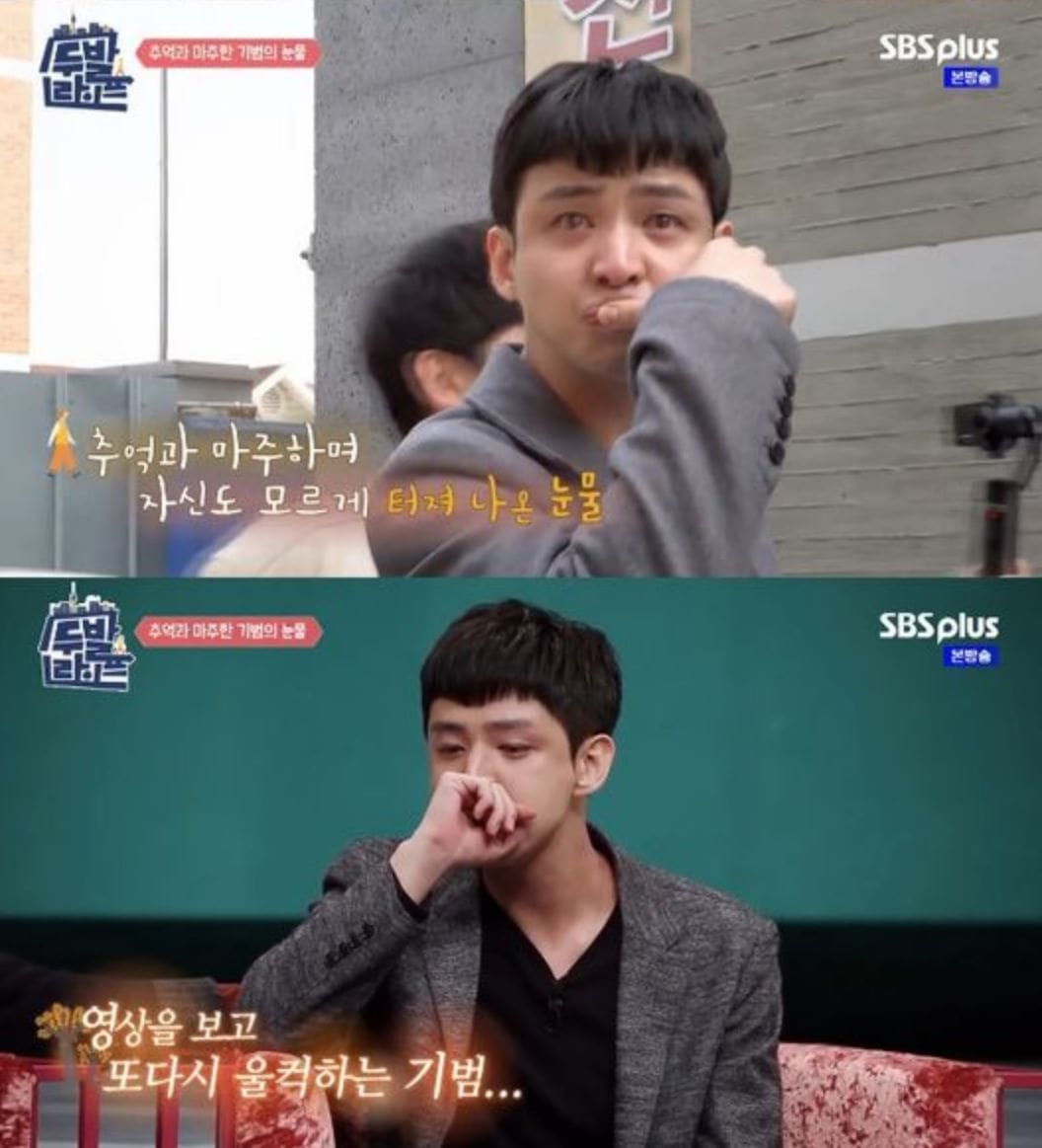 When they finally reached the dorm, Kim Ki Bum took photos as he reminisced about the past. He said, “I lived here with Super Junior and TVXQ. At the time, fans set up tents in front of the dorms and waited.” Afterwards, he expressed his desire to visit the old SM Entertainment building. 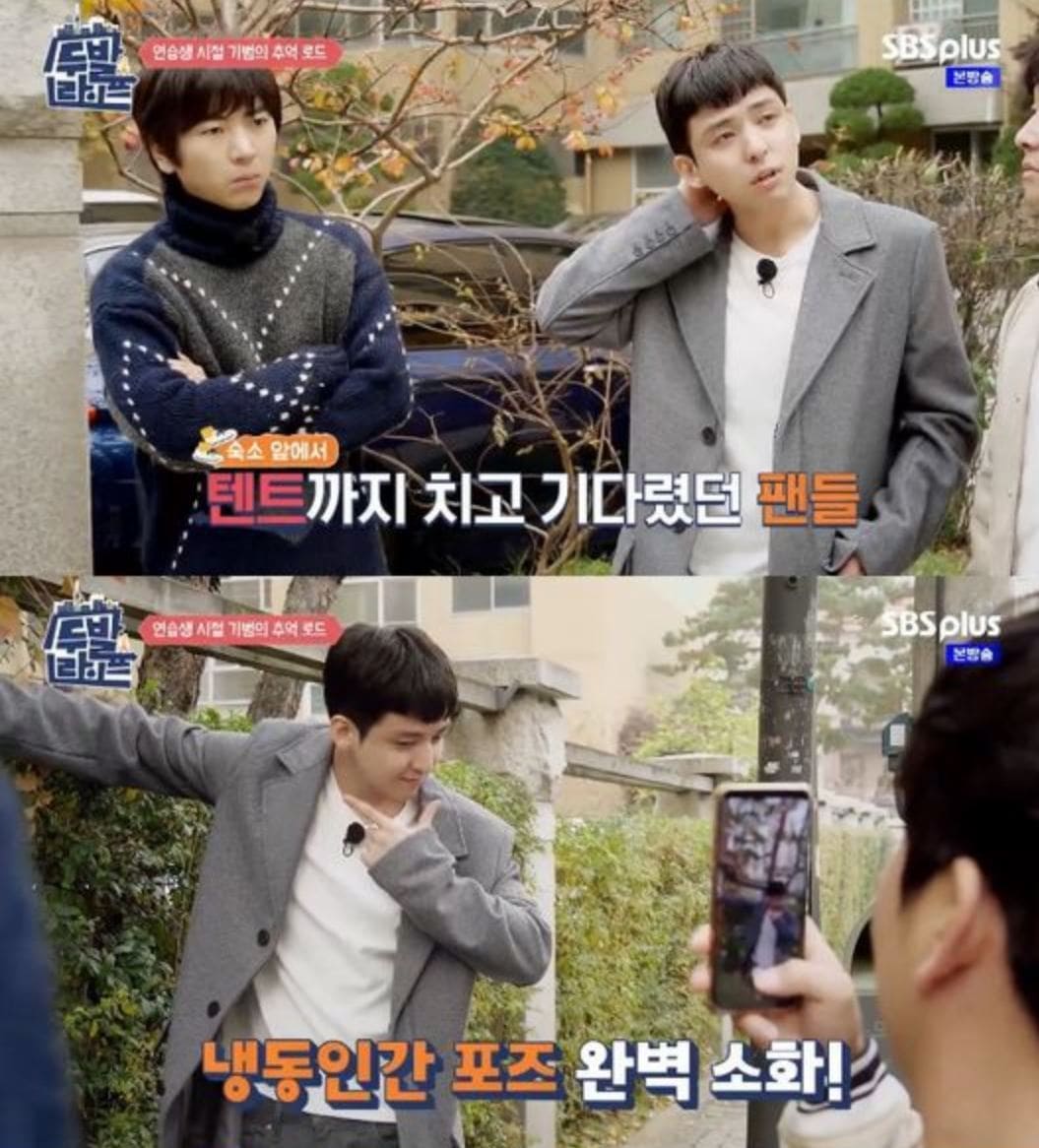 While walking to the old SM Entertainment building, Kim Ki Bum said, “At the time, I moved forward with only the thought of ‘when will I debut?'”

After arriving at the old SM Entertainment building, Kim Ki Bum expressed his surprise by saying, “Look how SM has changed.” He even held an unexpected fan meeting as he ran into some fans outside the building who were thrilled to see him. Finally, the four actors finished the day by sharing a glass of beer at a restaurant. 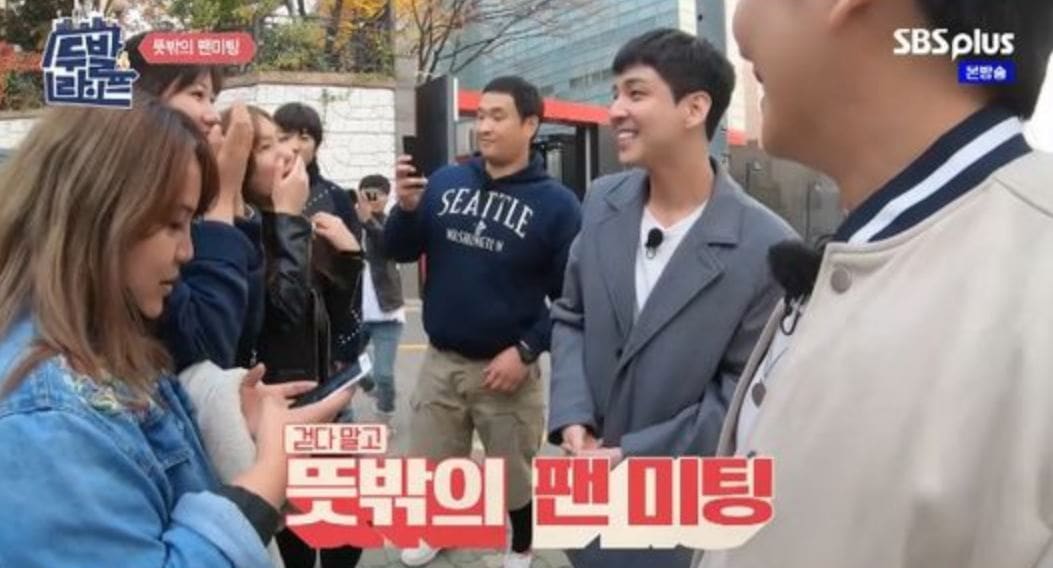 “Two Feet Life” is a new emotional variety show that will center around the concept of “getting into the fun of walking.” The program hopes to send a message of how fun it is to walk with close ones by showing stars walking with their close friends, loving family, and coworkers.

Kim Ki Bum
Two Feet Life
How does this article make you feel?