Highlight’s Yong Junhyung And Lee Tae Ri Delight With Their Contrasting Charms On “Coffee, Do Me A Favor”

Channel A’s weekend drama “Coffee, Do Me a Favor” has been stealing viewers’s hearts with the chemistry between Highlight’s Yong Junhyung and Lee Tae Ri!

In the drama, Yong Junhyung plays webtoon artist Im Hyun Woo and Lee Tae Ri plays Moon Jung Won, who is training to be a musical actor. The two have been close friends since middle school and though they constantly bicker with each other, they also care for each other deeply.

The two characters are very different when it comes to their personality and their approaches to relationships. “Chic but sweet” Im Hyun Woo finds it a little difficult to express his emotions to others, but he is a kind and caring individual who looks out for other people. He’s willing to stick up for the people around him and in his own way, he tries to help people become better at their jobs. 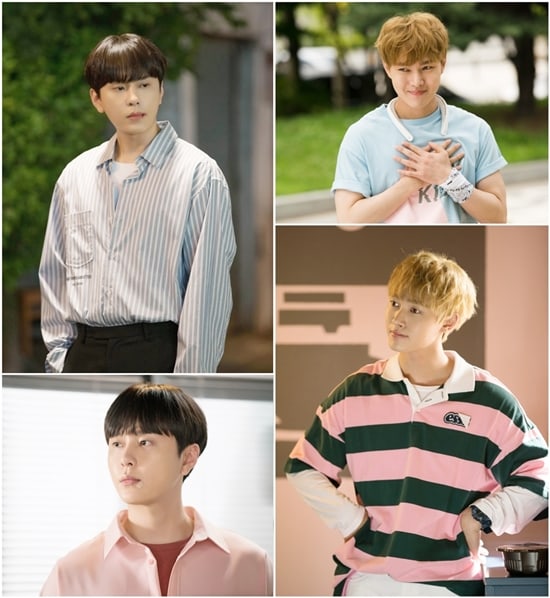 Moon Jung Won is often called a “human vitamin” and is the kind of person who immediately befriends everyone he sees. He has a sunny and positive energy that is infectious. Though he caught Im Hyun Woo’s officemates off-guard in their first meeting because he was dressed as the leading character from “The Phantom of the Opera,” he quickly became friends with everyone.

The two friends’s chemistry will continue to delight viewers in “Coffee, Do Me a Favor,” which airs every Saturday and Sunday at 7:40 p.m. KST.

Yong Junhyung
Highlight
Lee Tae Ri
Coffee Do Me a Favor
How does this article make you feel?