BTS To Premiere Concert Film “Love Yourself In Seoul” In January

BTS will be premiering a concert film in January 2019!

The film will show the actual events of the group’s concert in Korea, “Love Yourself in Seoul.” The Seoul concert kicked off the group’s “Love Yourself” tour, which took BTS around the world for a total of 41 concerts. The movie, bringing the excitement of BTS’s performances to the big screen, will hit theaters in 20 cities worldwide, both in 2D and ScreenX formats.

ScreenX theaters, which employ multi-projection technology, will bring a particularly enhanced experience to theatergoers, displaying footage that was shot with 42 different cameras.

BTS’s previous movie, “Burn the Stage: The Movie,” set Korea’s record for the most number of theatergoers to a music documentary, surpassing 300,000 tickets sold, as well as the U.S. box office record for the highest-grossing event cinema musical production of all time, earning $3.54 million in just four days after its release. This concert film, likewise, is predicted to leave its mark.

With just a little over one month remaining until the film’s release on January 26, 2019, Bighit dropped a poster for the movie: 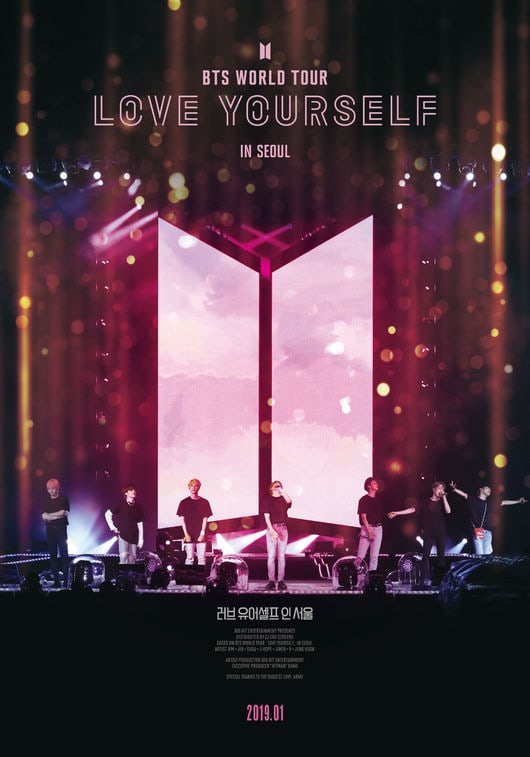