On the latest episode of JTBC’s “Carefree Travelers,” ASTRO’s Cha Eun Woo shared a story about a time that he became angry with his agency.

The December 15 broadcast of the reality show featured the cast enjoying a variety of activities together in Cancun, Mexico.

While watching Cha Eun Woo devour meat during a meal, Hwang Jae Sung asked, “Once you go back to Korea, you won’t be able to eat like this, right? Don’t you have to watch your weight [since you’re an idol]?”

Cha Eun Woo then explained how he had managed to free himself from dieting. He said, “There was a time in the past when we were filming a music video, my agency wouldn’t let me eat a chocolate bar or tuna kimbap. They also didn’t allow me to put sauce on my lunch. But you use up a lot of energy during filming. So I gathered courage and rebelled. After that, I can eat freely.”

Noh Hong Chul joked, “Be careful around Cha Eun Woo. Now you know why I’m so nice to him, right?” 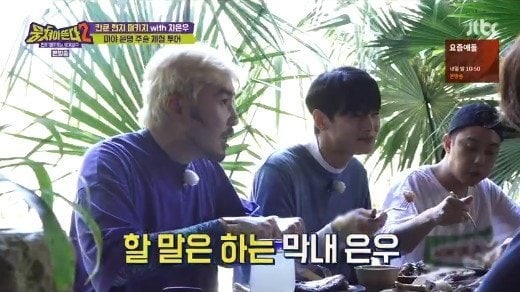 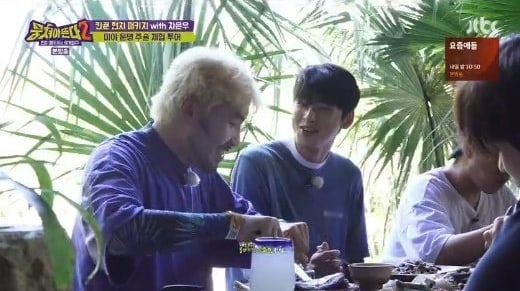 ASTRO
Cha Eun Woo
Carefree Travelers
How does this article make you feel?