On the latest episode of “Ask Us Anything,” Gummy talked about going to karaoke with her friends Park Hyo Shin and Lyn.

Gummy and Kim Bum Soo appeared as guests on the December 15 broadcast of the JTBC variety show, where Kim Bum Soo talked about the many famous singers who promoted in the late 1990s and early 2000s. He recalled, “I debuted in 1999, and there were a lot of singers [promoting at the time] who shared the same age, like Gummy, Park Hyo Shin, and Wheesung.” Gummy added, “[We were all] born in 1981.”

Kang Ho Dong then said, “I’m curious about something. When we athletes get together, we end up going to exercise. So when people who are really good at singing get together, do they go to karaoke?”

Seo Jang Hoon commented, “When people like Gummy or [Kim] Bum Soo sing at karaoke, the people next door actually know [who they are] just from hearing [their voices].”

“There were [instances like that],” agreed Gummy. “Once, I stepped out to go to the bathroom. When I opened the door, people started falling like dominos. They had all been listening [at the door].”

When asked which of them typically receives the highest karaoke machine score, Gummy answered, “None of us get high scores. Really.” 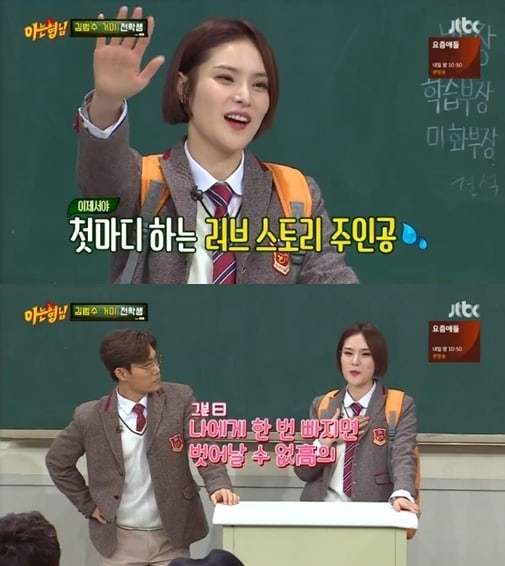