SBS’s “My Strange Hero” has unveiled a sneak peek of Yoo Seung Ho’s action-packed fight scene from its upcoming episode!

“My Strange Hero” is a new romantic comedy drama that tells the story of Kang Bok Soo (played by Yoo Seung Ho), a boy who is expelled from school after being falsely accused of violence against other students. Years later, Kang Bok Soo returns to the same high school as an adult in order to avenge himself, but his plans go awry when he finds himself swept up in a new series of unexpected incidents instead.

Park Ah In plays the role of Yang Min Ji, Kang Bok Soo’s friend and co-worker who is hopelessly in love with him. Despite the fact that Yang Min Ji continually expresses her unrequited feelings for him, Kang Bok Soo is able to keep their friendship going by casually playing off her declarations of love.

After finding Yan Min Ji in danger and surrounded by bullies, Kang Bok Soo doesn’t hesitate to defend her by jumping—literally—into the fray. In a remarkable display of agility, he rushes to protect the cornered Yang Min Ji by leaping over the bullies and landing in front of her. He then proceeds to take on five bullies at once in a fierce, dramatic fight in the rain that leaves him with a gash on his cheek. 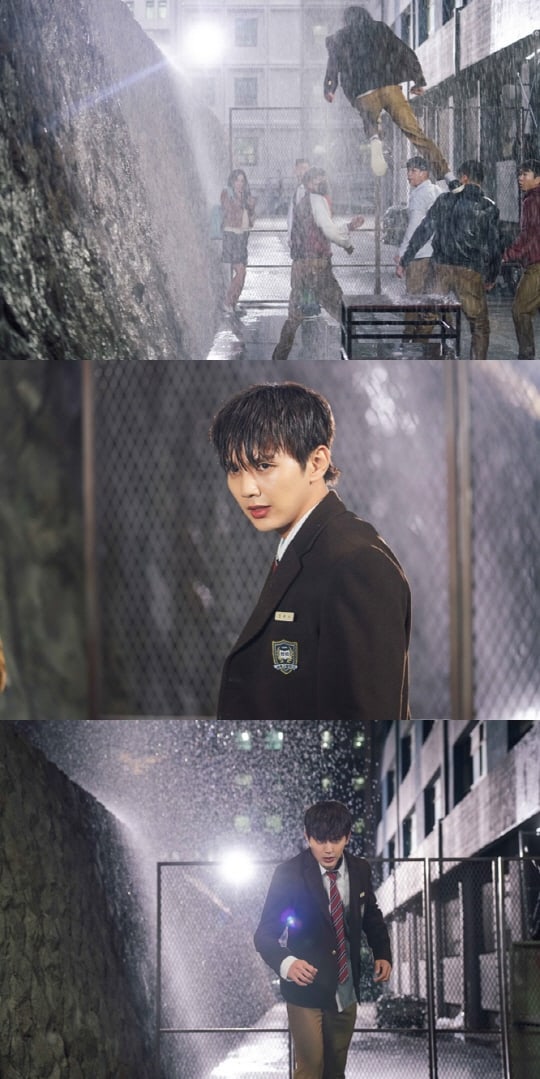 The intense action scene was filmed on November 13, on a college campus in Seoul, with a special-effects team brought in to create the semblance of pouring rain. The tiring and physically demanding shoot lasted for over six hours, but Yoo Seung Ho showed no signs of exhaustion as he meticulously monitored his performance until the very end.

Yoo Seung Ho also prepared for the scene by working together with a special martial arts team, rehearsing the fight choreography multiple times to ensure that things would go perfectly. In sharp contrast to the sweet, humorous side that he has displayed so far in “My Strange Hero,” the action scene gave him a chance to show off a tougher, manlier charm than one might expect to find in a romantic comedy.

The producers of “My Strange Hero” remarked, “This shoot made us realize once again just how truly amazing Yoo Seung Ho’s passion for acting is. He practiced and practiced his acting in order to create a perfect scene, and he never forgot to monitor and check [his own performance].” 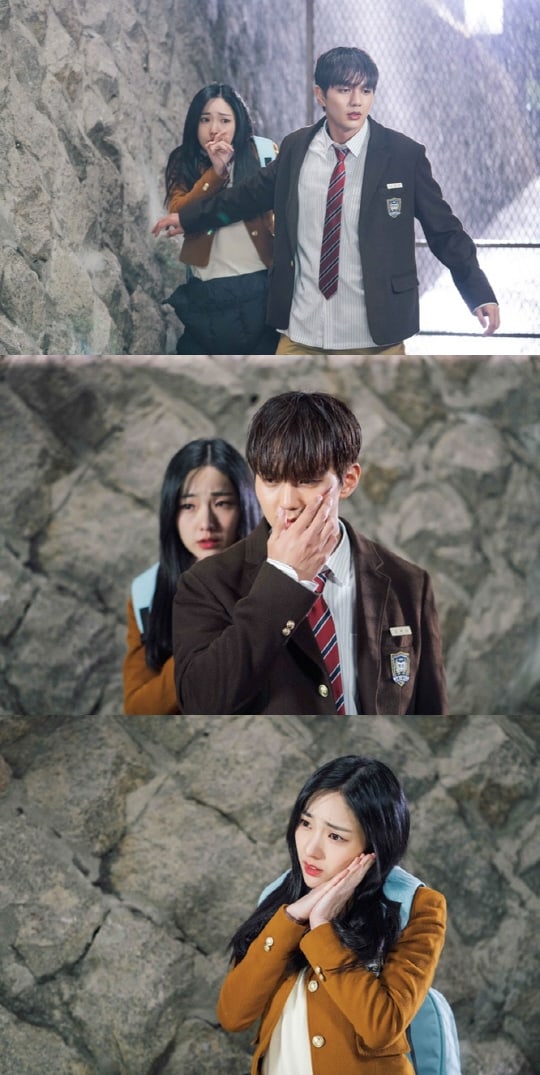 To catch Yoo Seung Ho’s thrilling fight scene, tune in to the next episode of “My Strange Hero” on December 17 at 10 p.m. KST.

Yoo Seung Ho
Park Ah In
My Strange Hero
How does this article make you feel?