On the December 16 episode of the variety show, the cast headed to Daehangno, Seoul’s theater district, to meet their newest master. After calling an anonymous person to receive hints about their master, they were surprised to find that they were speaking to actor Lee Seo Jin, who is Lee Seung Gi‘s close friend in real life.

As a hint, Lee Seo Jin said, “[The master] is someone who’s my senior and who is respected by a lot of people. I appeared in a drama with him [in the past], and he memorized his lines perfectly before filming. Seung Gi, you know him well too.”

The new master turned out to be none other than Lee Soon Jae, a veteran actor who has been acting for 62 years, has appeared in over 300 productions, and is respected by many actors in the industry. The cast watched as Lee Soon Jae rehearsed with other actors for a play.

After his rehearsal, Lee Soon Jae ordered Chinese food for the cast and sat down for a chat. When Lee Seung Gi asked about his acting awards, Lee Soon Jae answered, “I’ve never received a Daesang [Grand Prize] before.” He then joked, “I received a Daesang for ‘Unstoppable High Kick‘ at the [2007 MBC] Entertainment Awards, so you have to pay me a high appearance fee.”

He also revealed his script, which was filled with handwritten notes. He organized the script by numbering each of his lines, a habit he initially started in order to calculate his appearance fee for dramas in the past. 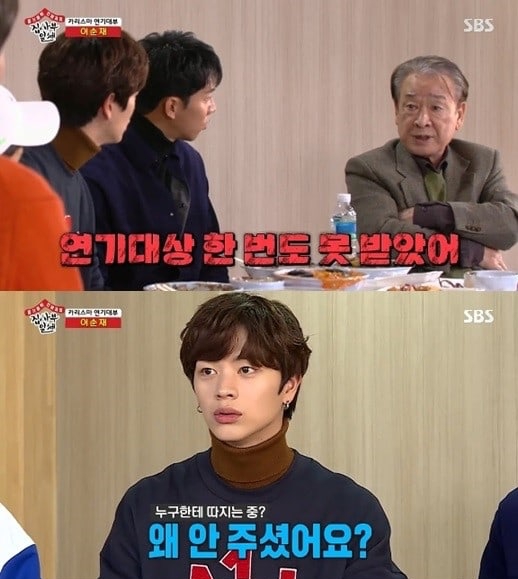 The cast members then followed Lee Soon Jae to a school, where they were shocked to hear that they would be performing the next day. Lee Soon Jae began the first lesson by saying, “Actors are creators.” He lectured the members on the importance of the Korean language and the correct pronunciation of consonants and vowels.

In order to pick a leader, Lee Soon Jae asked each member to read tongue-twisting words out loud multiple times. Yang Se Hyung was chosen as the leader for the day after he was able to read the words perfectly.

The second lesson took place outside, where they learned tips for memorizing lines. Lee Soon Jae revealed that he had memorized all of the U.S. presidents to practice memorization, and he proceeded to name all 45 presidents in order. After giving the cast a drama script to memorize, he advised them that an actor must not only understand his lines but also the emotions of the situation.

Unlike the other members, who memorized their lines quietly, Lee Seung Gi practiced out loud. Although Lee Sang Yoon managed to memorize his lines in just three minutes, he failed his mission after getting one syllable wrong. Meanwhile, BTOB’s Yook Sungjae and Lee Seung Gi both made mistakes in their very first line. 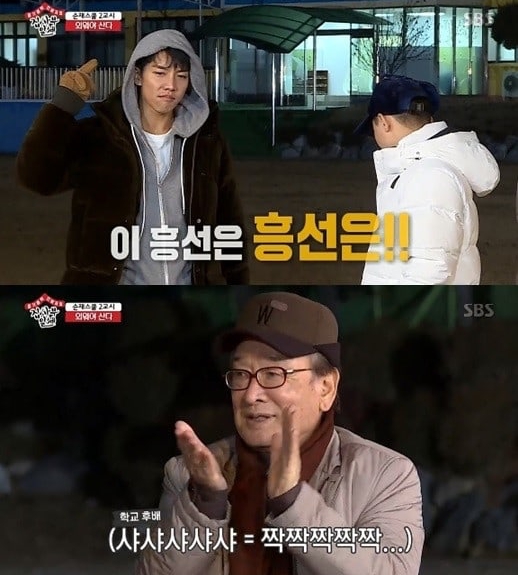 Check out the full episode of “Master in the House” below!

Lee Soon Jae
Master in the House
How does this article make you feel?