MAMAMOO’s Moonbyul And Solar Speak Out Against Malicious Commenters

MAMAMOO’s Moonbyul and Solar have issued a stern warning to malicious commenters.

On December 16, the two idols held a Naver V Live broadcast in which they chatted with their fans about various topics. At one point, Moonbyul noticed that a fan had written the comment: “If you’re going to post malicious comments, please leave.” A surprised Solar responded, “Did someone post malicious comments?”

Moonbyul then shared her candid thoughts on the subject, remarking, “To be honest, I really don’t understand malicious commenters. People should only say nice things. You shouldn’t tear other people apart.”

She continued, “We’re not gods, so we shouldn’t recklessly insult other people. Everyone has their own unique traits, and we can’t tell other people what to do or how to behave.”

Solar agreed, “That’s right,” and Moonbyul added, “Also, what goes around comes around; if people insult others, it will inevitably come back to them.”

After giving it some more thought, she decided, “‘MAMAMOO is ugly.’ [I want to reply,] ‘Please show us your face.'” 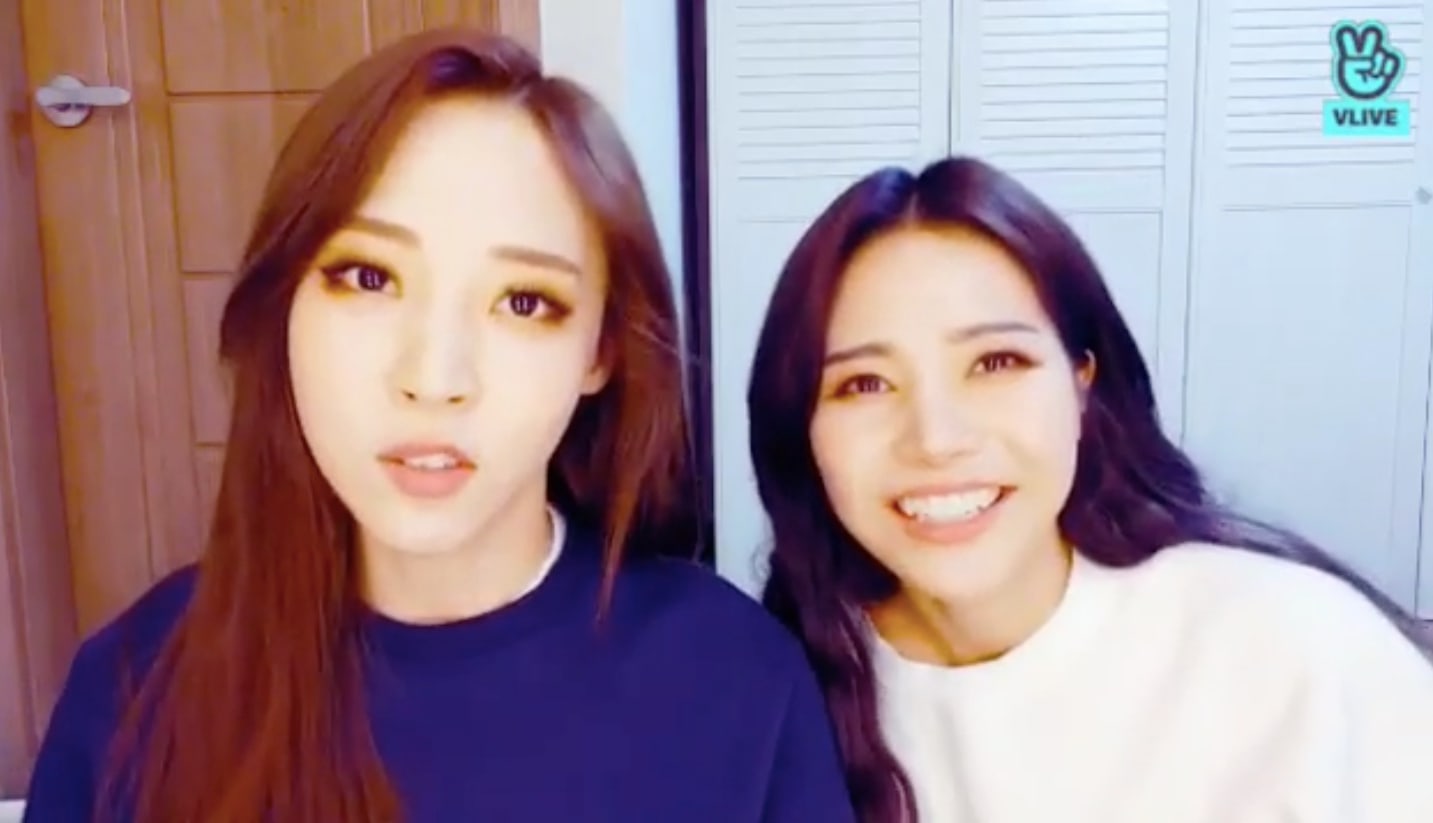 Moonbyul suggested, “Whenever people post those kinds of comments, I think they should be required to make their identification photo, cell phone number, and address visible.”

Solar replied, “That would be a good system.” Moonbyul continued, “If they were required to do that, they wouldn’t insult others.”

Solar went on to remark, “Looking at malicious comments, I often see people say that my face is sagging or falling off, since I’m the oldest in our group.” A visibly upset Moonbyul looked into the camera and exclaimed, “What does your face look like, for you to say that [about Solar]?”

Moonbyul then asked, “Regardless of who it is, why would you make a personal attack on anyone? Whether it’s someone’s face, character, or clothing, that’s simply how he or she is.”

The MAMAMOO members also mentioned that it was upsetting for them to see their fans hurt by such comments.

“When it comes to those kinds of malicious commenters, I’m unforgiving,” said Moonbyul. “Because I’ve seen how those kinds of comments hurt the feelings of our MooMoos [MAMAMOO’s official fan club name], who love us. Why do you need to hurt other people’s feelings like that? Those kinds of people definitely need to be punished.”

She added, “I’ve heard that [malicious commenters] are okay with insulting other people, but then they get angry when someone insults them. I don’t understand that, either.” 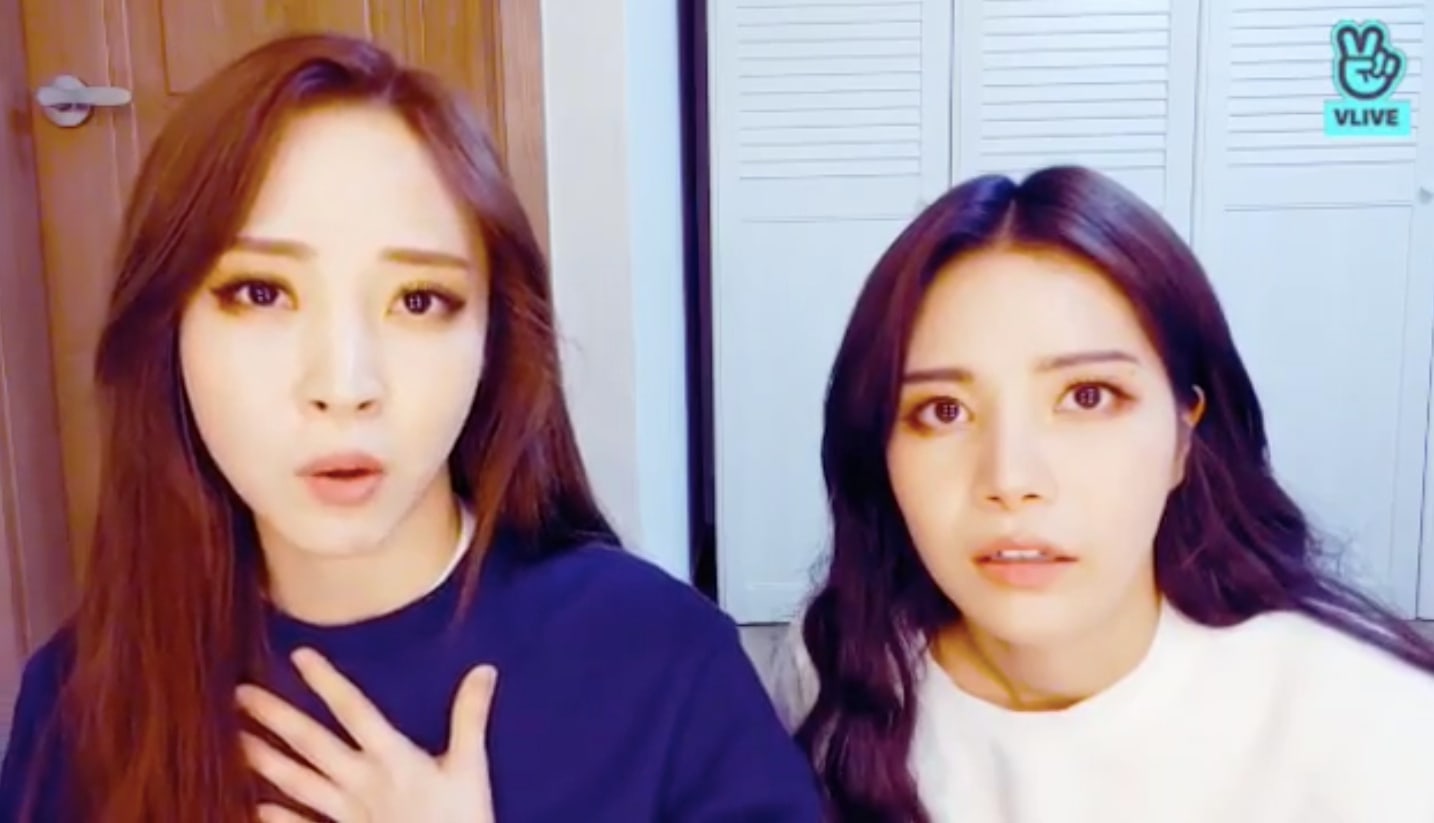 Moonbyul went on to reassure the group’s fans by saying, “MooMoos, you don’t need to worry about malicious commenters. We’re strong like that. We feel a little hurt, but then we say [dismissively], ‘What is this?’ and become strong again.” Solar confidently chimed in, “I’m capable of responding to any malicious comment.”

Moonbyul replied excitedly, “Should we do that sometime? Read malicious comments? I think it’d be good for us to do something like that.” Solar said with a smile, “Sure. I can do it. I’ve seen a lot of malicious comments. We’ll do that next time.”

When a fan asked whether they purposely searched for malicious comments, Solar explained, “It’s not that we look for them, they’re just there. We don’t read them on purpose. We just happen to see them.” Moonbyul interjected, “And then we feel disbelief.” Solar agreed, “Many of them are dumbfounding.”

Moonbyul added, “I’ve seen a lot of people write comments pretending to know us well, when they don’t.”

Solar then confessed, “Since we’re human, there are times when I see those kinds of comments and think, ‘Am I really like that?’ But MooMoos leave so many positive comments and kind words that I’m quickly able to recover.”

She then addressed the commenters directly, declaring, “Be careful, malicious commenters. Don’t hurt our MooMoos’ feelings. If you hurt the feelings of the people who love us, MAMAMOO won’t just stand by and watch.”

“We won’t let you get away with it,” Moonbyul chimed in. “Why would you hurt other people? Just live your own life well, without telling other people what to do.”