Yoo Seung Ho, Jo Bo Ah, And Kwak Dong Yeon Face Off On The Rooftop In “My Strange Hero”

SBS’s Monday-Tuesday romantic comedy drama “My Strange Hero” is about Kang Bok Soo (played by Yoo Seung Ho) who is expelled from school after being falsely accused of violence. Years later, Kang Bok Soo returns to the same high school as an adult to get revenge, but his plans go awry as he becomes swept up in a series of unexpected incidents instead.

In the released stills, the three meet as adults and are shown to be having a tense conversation as they coincidentally meet at the rooftop where the incident took place nine years prior. 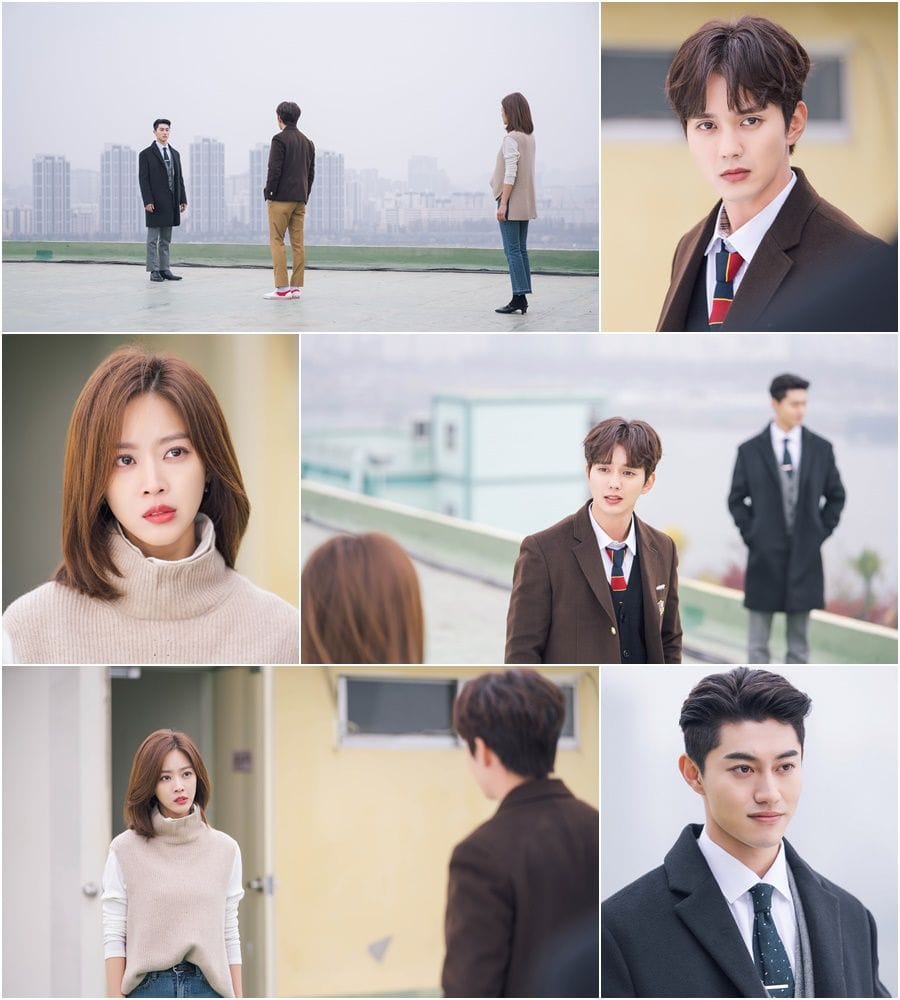 The production staff said, “This is an important scene where Kang Bok Soo, Son Soo Jeong, and Oh Se Ho talk about the ‘incident’ for the first time. Please look forward to finding out the real story as the three people reunite for the first time in nine years. Today’s episode will be the beginning of the thrilling revenge against the high school where ‘happiness is strictly based on rankings.'”

“My Strange Hero” airs every Monday and Tuesday at 10 p.m. KST. Watch the latest episode below!