Yoon Hae Sol spoke about her experience on Mnet’s “Produce 48” and her dream of becoming a singer.

In a pictorial and interview for BNT International, Yoon Hae Sol updated fans on what she’s been up to and answered questions about participating in the idol survival show. Since the end of “Produce 48,” Yoon Hae Sol has been promoting in project girl group AQUA while continuing training.

Choosing “Merry Chri” as her most memorable performance, Yoon Hae Sol said, “There was a lot of pressure about having to show my charms just through singing, so I remember being really nervous. It became an even more unforgettable performance after I saw fans’ reactions that they watching the ‘Merry Chri’ performance and my singing.”

She continued with a smile, “At first, I felt pressure about the competition in the audition program. But as it continued, I began to enjoy the performance itself. I felt that participating in an audition program is a precious opportunity that can’t be substituted with anything else. If there are more opportunities to participate in the future, I want to try.” 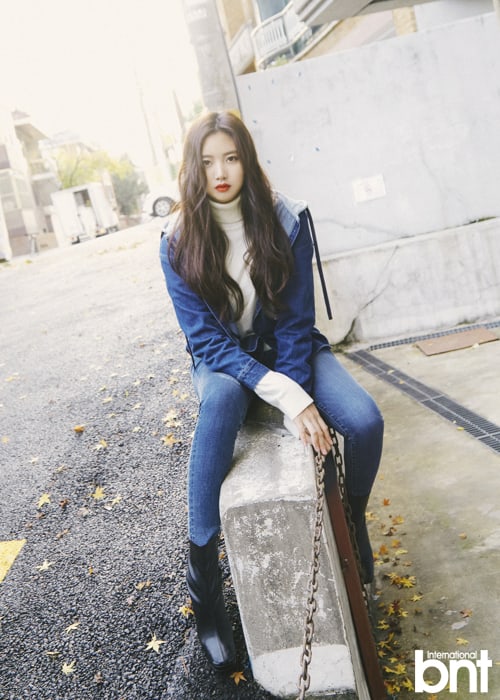 Yoon Hae Sol was then asked if there were communication issues with the Japanese contestants. “It wasn’t easy to communicate,” she replied. “But after living together, we could talk using body language. While participating in the program, I met many friends including Kang Hye Won who debuted in IZ*ONE, Shin Soo Hyun, and more. Kang Hye Won and I still cheer each other on through messages.”

About her celebrity lookalikes, she said, “It’s embarrassing to say, but I heard that my image is similar to actress Kim Sa Rang. They also said that my image overlaps with [Girl’s Day’s] Yura.” 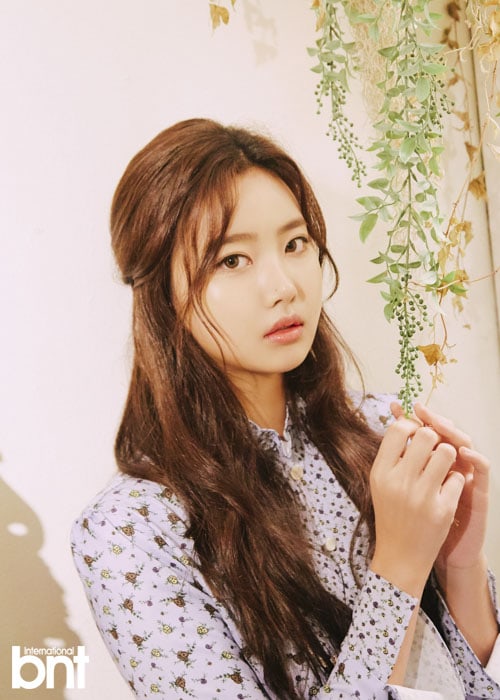 Speaking about how her plans for debut didn’t work out in the past, she said, “Every trainee probably has an experience where their debut plans fell through. It was difficult for me at the time, but when I look back on it, it was a time where I was able to improve. I naturally began dreaming of becoming a singer since I was young. I was a child who was always humming a song.” 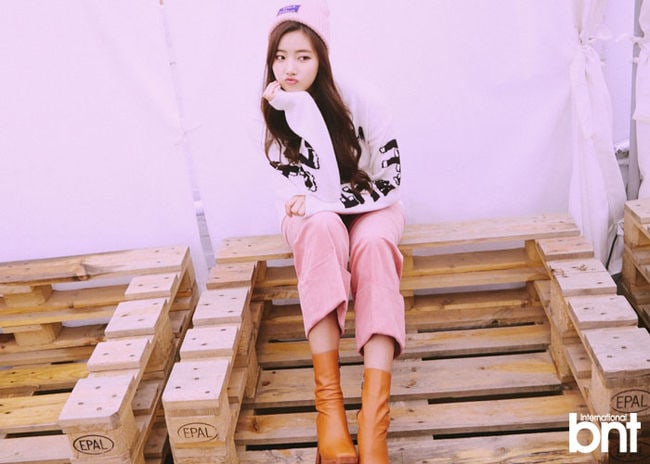 Yoon Hae Sol entered Konkuk University’s theater department because she wanted to go to university. “I was lacking a lot because I taught myself,” she explained. “In order to show my talent which is singing, I sang a musical song and I think that was the main reason for my acceptance.”

She also revealed, “The person who I thought of as my role model since a long time ago is Girls’ Generation’s Taeyeon. It’s awesome to see her perfectly pull off various genres and concepts.”

When asked about one of the things she dreams about after debuting, Yoon Hae Sol said, “I think it would be an honor if I could sing on the same stage as Yang Da Il and Paul Kim, who are singers I enjoy listening to these days. I want to try a cute sexy concept like AOA’s ‘Miniskirt.’ I think I’ll be able to pull it off well.” 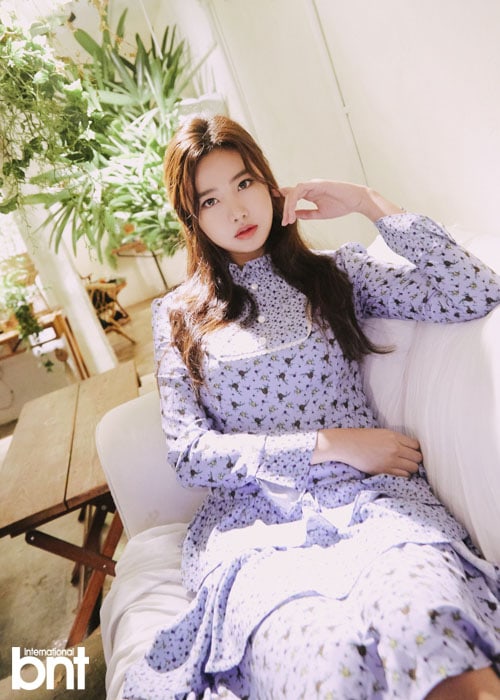 Check out more photos of Yoon Hae Sol below! 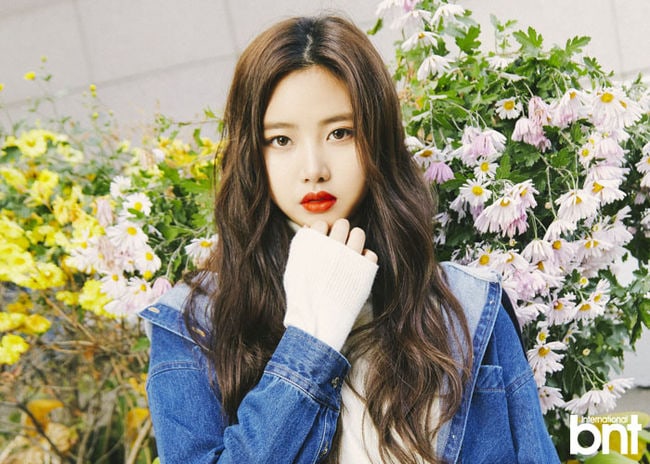 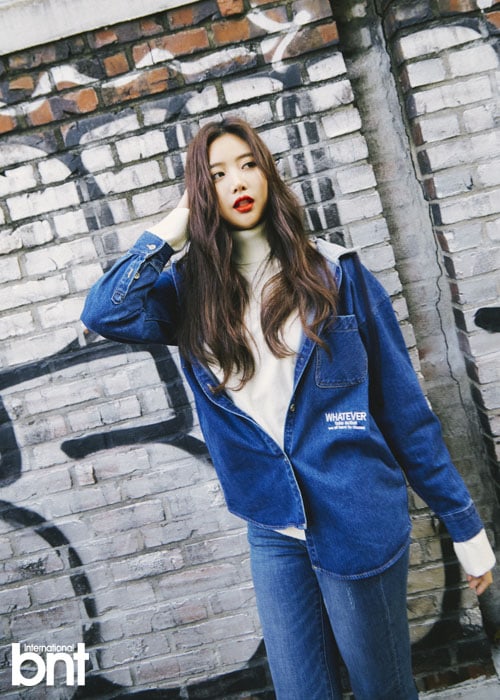 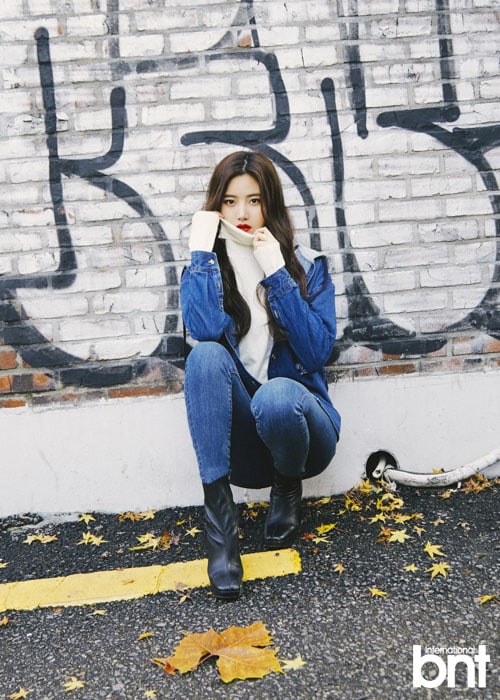 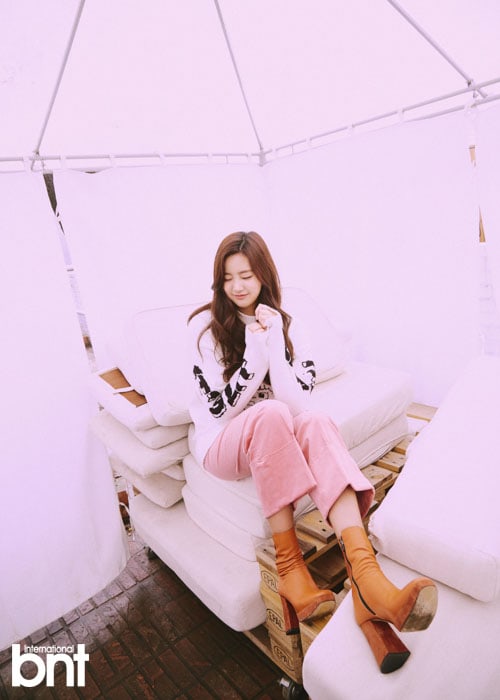 BNT International
Produce 48
Yoon Hae Sol
How does this article make you feel?