It’s already the end of 2018 and it has been quite a whirlwind year in the world of Chinese dramas, producing many great hits: “Like a Flowing River,” “Nirvana in Fire 2: The Wind Blows in Chang Lin,” “Suddenly This Summer,” “Ruyi’s Royal Love In the Palace,” and “Ever Night.” With great dramas, it also leads to a prominence of new rising actors and this year has no shortage of them. Here’s our list of 2018’s top five rising Chinese actors that you need to know! 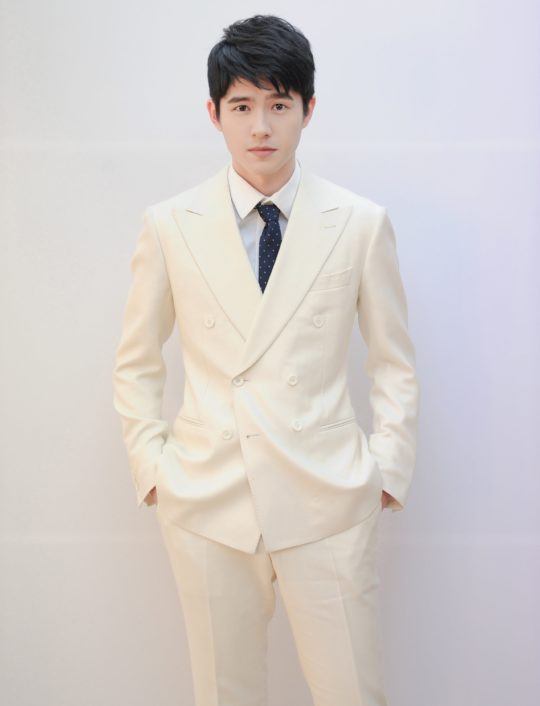 Liu Hao Ran is considered one of the fastest rising young actors in China. He is a graduate of the prestigious Beijing Dance Academy and currently a student at Central Academy of Drama, ranked as one of the top three film schools in China. He’s most noted for achieving the highest score on his entrance exam in the school’s acting department.

He made his debut in the 2014 film “Beijing Love Story,” which earned him a nomination for Best New Actor at the Beijing College Student Film Festival. Liu Hao Ran is well known for his supporting roles in the critically acclaimed films “The Legend of the Demon Cat” and “The Founding of an Army” as well as his titular lead role of Qin Feng in the “Detective Chinatown” film series.

International fans may not be as be as familiar with Liu Hao Ran, as he is primarily a film actor. However, he became more well known after starring in the popular dramas “Nirvana in Fire 2” and “With You.” Liu Hao Ran has achieved much recognition for his acting and has been nominated for various acting awards. He has a reputation of being a serious young actor, mainly acting in high quality productions. Liu Hao Ran’s acting style is described as mature and beyond his age, as he places extreme thought and care into his performance and roles.

Fans of Liu Hao Ran love the combination of his youthful spirit and quiet confidence, as he’s very independent, self aware, grounded, and mature for his age. To sum it all up, he is basically the adorable boy-next-door who excels in everything he does.

You can catch him in his next drama “Novoland: Eagle Flag” set to air sometime in 2019.

Start watching him in “Nirvana In Fire 2”: 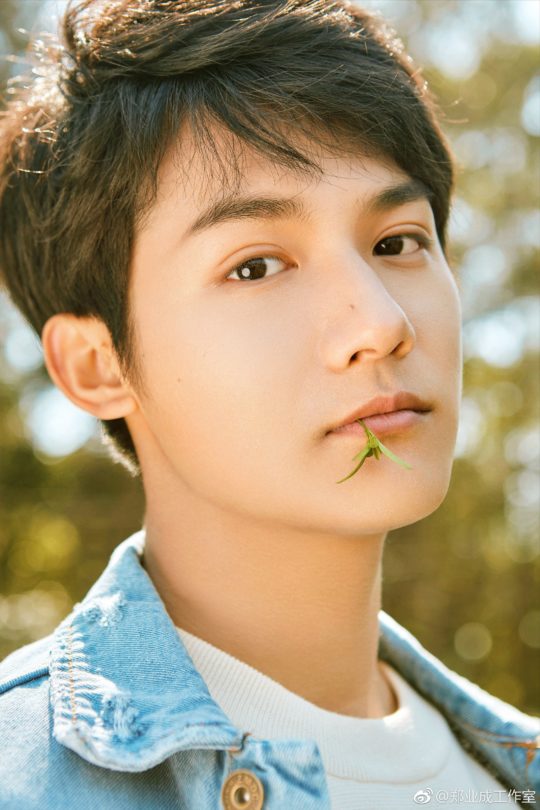 You probably know our next rising actor as Mu Le, the hottest servant during the Tang Empire in the historical fantasy drama “An Oriental Odyssey.” He is Zheng Ye Cheng, a graduate of the National Academy of Chinese Theatre Arts, a school that specializes in Beijing Opera. He debuted as an actor in 2014 and starred in a string of various supporting roles. It wasn’t until 2016 that his supporting role of Hao Mei in the hit drama “Love O2O” helped him gain recognition and popularity.

Since “Love O2O,” Zheng Ye Cheng’s career has been steadily climbing upwards. In 2017, he landed a leading male role in the quirky historical fantasy drama “Let’s Shake It” and viewers quickly fell in love with his character Tang Qing Feng. This year he starred in “Let’s Shake It 2” the sequel and in the popular epic fantasy drama “An Oriental Odyssey.”

Zheng Ye Cheng really shines in historical dramas as he can showcase the manly yet charmingly sweet side of his characters along with great a comedic twist. Cast and crew who have worked with Zheng Ye Cheng would all praise him as being very hard-working, as he treats every film scene with a professional attitude. When a drama has completed filming, he is always seen sincerely thanking all the staff and crew members. He recently wrapped up filming for the historical drama “Royal Nirvana.”

Besides acting, Zheng Ye Cheng is highly skilled in Wushu (Chinese martial arts). At the age of seven, he started training in Wushu, around the same time he fell in love with Beijing Opera. He is a triple threat: he can act, sing, and protect you!

Start watching him in “An Oriental Odyssey”: 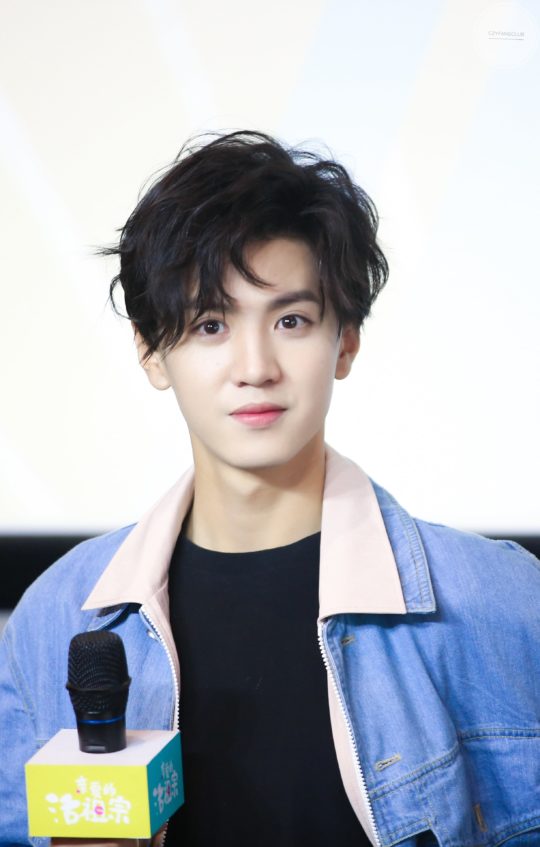 Baby-faced cutie Chen Zhe Yuan is another fresh face who has joined the drama landscape. As a graduate from Shenzhen University with a major in Performing Arts, he is super new. In fact, he just debuted in his first drama “All About Secrets” in 2017 as the popular but troubled teen Duan Bo Wen. Chen Zhe Yuan as a rookie actor can be described as having a natural raw acting ability with tremendous potential and growth. After “All About Secrets,” Chen Zhe Yuan has gone on to star in the time-travel romantic comedy drama “Hello Dear Ancestors” and the historical romance “The Legend of Zu 2” (the sequel and prequel to “The Legend of Zu“). 2018 continues to be a great year for Chen Zhe Yuan as he has recently completed filming for the drama remake of “Handsome Siblings,” playing the mischievous sibling Xiao Yu Er from the 1966 classic novel by Gu Long. He is currently filming the historical drama “Renascence” based on a novel about rebirth and revenge.

Prior to acting, Chen Zhe Yuan had a brief stint in the Chinese boyband MR.BIO that was formed through IQiYi’s survival reality show “King of Pop.” The group made their debut in 2015 with their only digital single “Jackpot.” Many fans of the new actor will say he looks like a combination of Luhan and EXO’s Chanyeol when they first see him appear on screen. 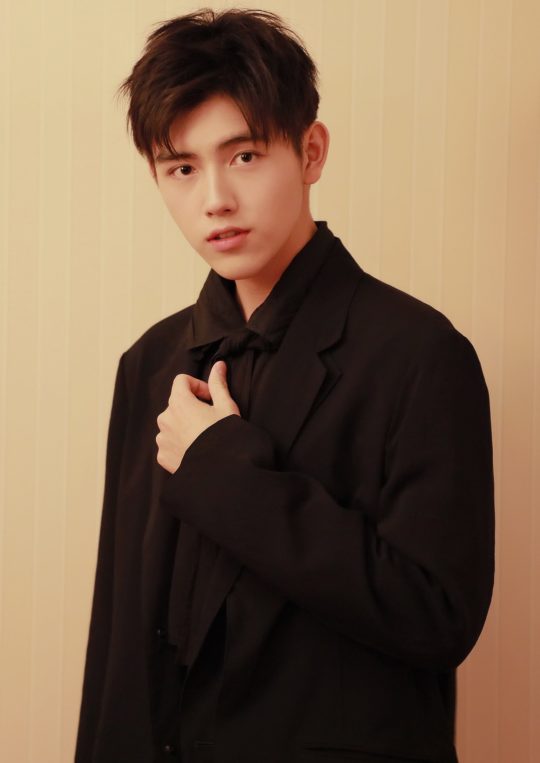 There’s no denying that Chen Fei Yu (Arthur Chen) is one of the big breakout actors of 2018 due to his role of Ning Que in the epic fantasy drama “Ever Night.” He is the son of the famous Chinese film director Chen Kaige and actress Chen Hong. Chen Fei Yu made his debut as a child actor in the 2010 film “Sacrifice,” but it wasn’t until 2017 that he starred in a lead role in the film “Secret Fruit.” He also worked alongside his father Chen Kaige as a director’s assistant on the award-winning film “Legend of the Demon Cat.”

Standing at 188 centimeters tall with a natural charismatic on-screen presence and handsome looks, it’s hard not to like him. Viewers were impressed and quickly fell in love with his portrayal of the coldblooded and arrogant Ning Que in “Ever Night” as he fully embodies the character from the original novel. And as a new young actor, he’s doing quite well for himself and definitely has a bright future ahead of him, with massive potential to be in the next generation of top leading actors. He is currently filming his next upcoming historical drama “Legend of Awakening.”

Besides acting, Chen Fei Yu also has an affinity for music and cooking. On his personal Weibo account and Chen Fei Yu Studio account, he is often seen posting videos and photos of him playing guitar and cooking various dishes in the kitchen. Did you know he’s also fluent in English? That’s because he studied in Massachusetts at Tabor Academy in the States. In addition, Chen Fei Yu has been a spokesmodel for Dior since 2017. 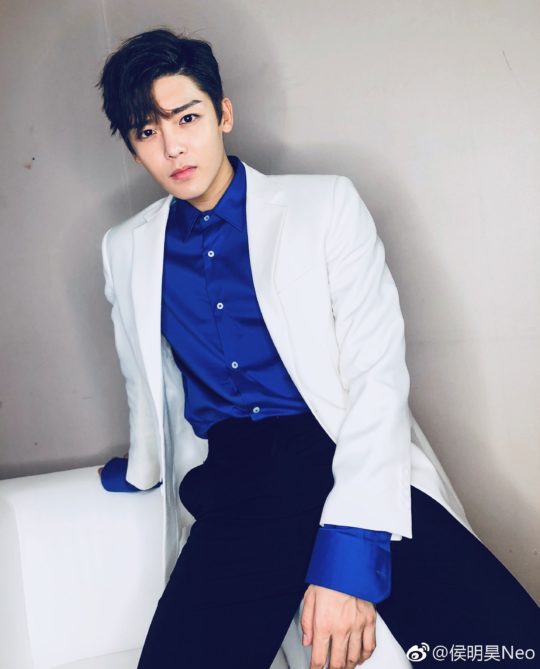 Our next rising actor is Neo Hou! He’s a former member of the Chinese boyband that debuted in 2014 called Fresh极客少年团. The group disbanded in 2016, as all the members wanted to focus on their solo careers. It is also interesting to note that Neo is a former SM Entertainment trainee from 2012 for approximately two years. Neo became well-known after his standout performances in the drama “Cambrian Period” and in the film “The Devotion of Suspect X.”

Ever since his debut, Neo has captivated millions of fans through his warm and cheerful personality. Prior to his debut, Neo has always quietly provided financial aid to disadvantaged children, both in their livelihood and education. Neo is the full package with his killer visuals, beautiful crystal clear singing voice, superb dancing skills, and solid acting skills. With his incredible star quality and talents, he will surely make it far in the Chinese entertainment world. He is currently stealing hearts as the sweet and dependable Hua Biao in the new youth drama “When We Were Young 2018.”

Check out Neo Hou’s amazing cover of the classic song Time Waits For No One (岁月不待人):

Hey Soompiers, who is your favorite hottest rising Chinese actor? Any favorites who weren’t mentioned in the article? Let me know in the comments below!

Currently watching: “Ever Night” “Hello Dear Ancestors“ When We Were Young 2018” “My Strange Hero”
All-time favorite dramas: “Nirvana In Fire,” “Queen In Hyun’s Man,” “A Witch’s Romance”
Looking forward to: “One and Another Him”