The upcoming drama adaptation of “So I Married an Anti-Fan” has unveiled new behind-the-scenes photos of its starring cast!

“So I Married an Anti-Fan” is a new drama adaptation of the popular novel of the same name, which was previously adapted into both a comic and a Chinese film starring EXO’s Chanyeol, Mabel Yuan, and Girls’ Generation’s Seohyun.

The drama will tell the unexpected love story of Ho Joon, an A-list K-pop star (played by Choi Tae Joon), and Lee Geun Young, a reporter who ends up becoming his most notorious anti-fan (played by Girls’ Generation’s Choi Sooyoung). Despite his outwardly cold appearance, Ho Joon turns out to have a warm, tender heart, and unbeknownst to Lee Geun Young, he begins to quietly watch over and take care of her.

2PM’s Chansung and actress Han Ji An will also star as Ho Joon’s longtime friends JJ and Oh In Hyung, who were all trainees together in the past. Although the wealthy JJ was once a close friend of Ho Joon, his uncontrollable jealousy eventually leads him to plot his friend’s demise. Meanwhile, struggling actress Oh In Hyung finds herself torn between JJ, whom she sees as a lifeline, and Ho Joon, for whom she once harbored romantic feelings.

On December 18, the upcoming drama released new photos of its cast hard at work behind the scenes. The new stills show the four actors with their scripts in hand, carefully poring over their lines. One photo shows Chansung passionately rehearsing a scene, while others show Sooyoung and Choi Tae Joon lighting up the set with their cheerful energy.

According to the production crew, the four stars have been exhibiting incredible teamwork during their scenes together, and their infectious smiles have been enlivening the atmosphere on set between takes. 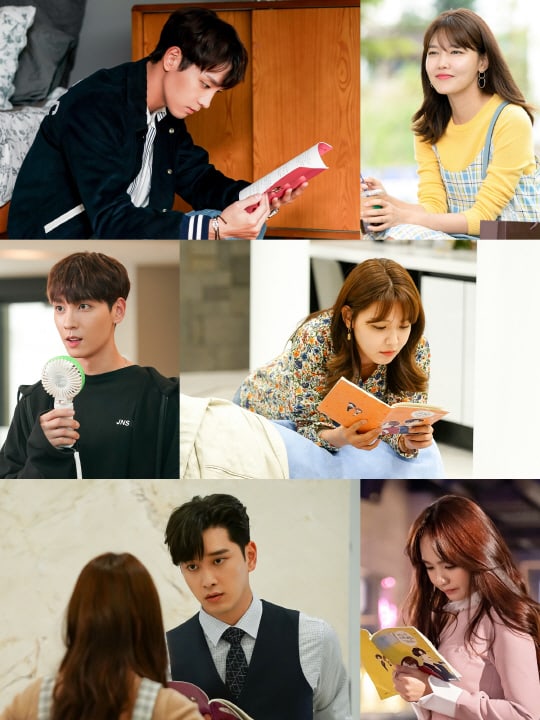 Filming for “So I Married an Anti-Fan” began in August of this year and is currently scheduled to wrap up sometime in the near future.

Girls' Generation
Choi Tae Joon
2PM
Chansung
Sooyoung
So I Married An Anti-Fan (drama)
Han Ji An
How does this article make you feel?